Top 5 rail journeys: Travel the old-fashioned way, by train, to your next destination

Luckily, this type of more relaxed travel still exists, so why not try an old-fashioned train ride to your next destination?

You can see what actually exists between point A and point B, getting to know the landscape of a country from the comfort of your seat, and often even the locals who come and go en route.

The Trans-Mongolian journey between Moscow and Beijing is one of the most popular rail trips on any traveller’s bucket list. It runs along the world’s longest railway, the Trans-Siberian, which is a staggering 9289km and spans seven time zones.

This particular journey gives passengers the chance to experience the scenery of the East at any time of year, meaning you won’t necessarily have to cram a furry ushanka hat into your suitcase. 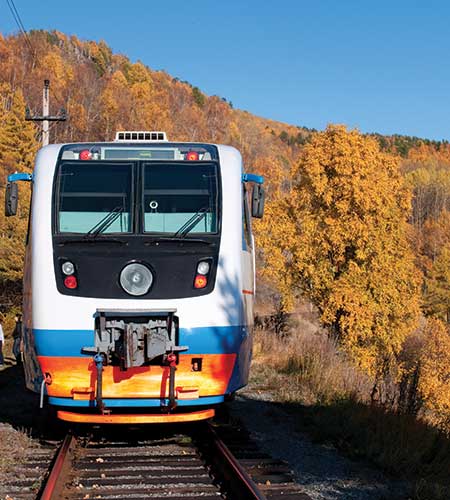 The development of the Trans-Siberian line began under the reign of Emperor Alexander III, who contemplated its construction for 25 years before ordering his son, Nicolas, to build the railway.

Nicolas even laid the first rock and silver plate in the ground himself. He left the difficult task of blowing up mountains and manoeuvring tracks around frozen lakes to the builders, who managed to lay 600km of track each day with their frostbitten fingers.

The weekly train from Moscow to Beijing leaves every Tuesday evening and takes six nights to travel 7621km. The first days are spent winding through Siberia, where heavy industry, wooden houses and endless birch trees provide much of the scenery.

You’ll stop at Irkutsk to see Lake Baikal, before continuing on to the mountains that border Mongolia. The journey continues through the Mongolian capital, Ulaanbaatar, where you’ll make a quick stop before riding on into the stark landscape of the Gobi Desert, before finally rolling into China’s capital Beijing. What a trip.

Prices start at £555 for a one-way trip in a second-class cabin. 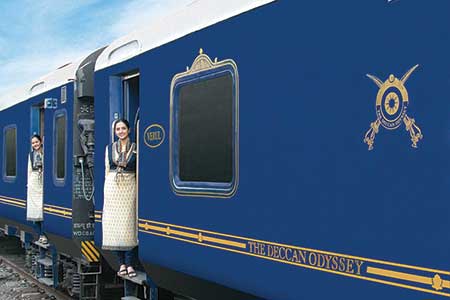 Is the Indian Maharaja Deccan Odyssey a train or a dramatic Bollywood movie on wheels?

Either way, we’re not complaining. The route connects Mumbai and Delhi via Rajasthan, and takes a week, so your journey could include cave excursions at Ajanta, a jungle safari at Sawai Madhopur and, of course, that all important photo op at the Taj Mahal.

Packages are from £375pp based on shared occupancy. 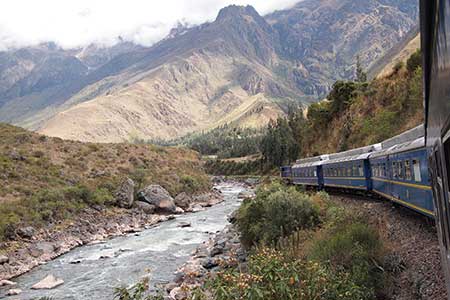 The Expedition train, which takes budget travellers from Cusco to Machu Picchu, used to be called The Backpacker, and despite the name change still has cheap tickets and extra rack room for bulky rucksacks.

The three-hour journey begins from Poroy in Cusco before winding 80km through the Sacred Valley, the Andean foothills, and then following the path of the Urubamba river to the 15th-century Inca site. Tickets from £40 one-way. 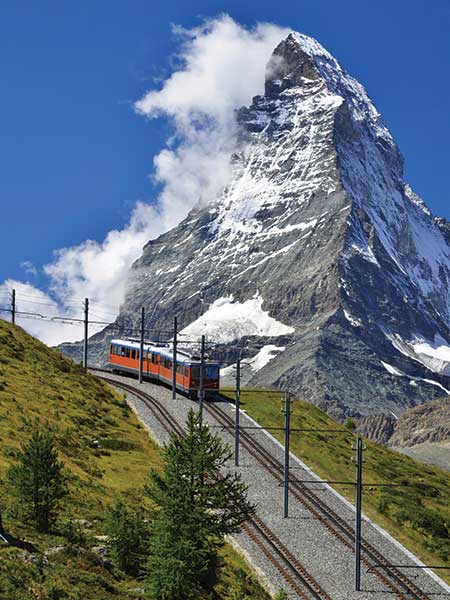 The Glacier Express is a giant misnomer if ever there was one.It’s not clear why the creators of this train, which is one of the slowest in the world, decided to give it such a zippy name.

At the glacial pace of 36kmph, this train takes nearly eight hours to cover 290km – but what a journey.

The train rises and plummets nearly 1600m, through mountains, passing the Lake Lucerne and the glaciers of the Valais region. A one-way second-class ticket costs £120. 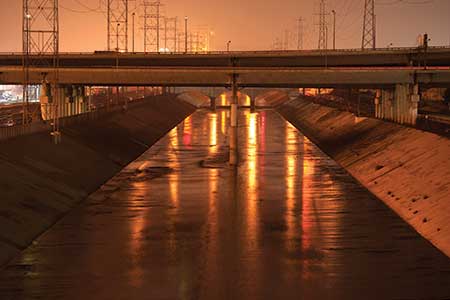 Travel in West Coast style from grungy Seattle to glamorous Los Angeles in the most eco-friendly way possible. The parlour cars in the Coast Starlight have been refurbished with 127cm plasma monitors to celebrate the region’s love of the silver screen.

When passengers aren’t having late-night movie viewings, they can watch the northern forests, snow-covered peaks, rural dairy farms and Pacific shoreline pass them by on this 35-hour journey.