As many as 29 medalists have been confirmed at various stages to appear at the Sainsbury’s Anniversary Games, which also doubles as the London Grand Prix, the 11th meet of the current IAAF Diamond League and the last major event before the World Championships in Moscow next month.

Tickets to the first two days on Friday and Saturday sold out in 75 minutes, such was the thirst of UK sports fans to see legends of London 2012 such as Jamaica’s Usain Bolt, Australia’s Sally Pearson, New Zealand’s Valerie Adams and Team GB champions Jessica Ennis-Hill, Mo Farah and Greg Rutherford, who all won gold within an hour of each other.

In other events, all three men’s 110m hurdles Olympics medalists, along with five of the six pole vault medalists from men’s and women’s competitions in London, are in action.Here’s who to look out for this weekend on the BBC’s live coverage or if you’re lucky enough to have a ticket. 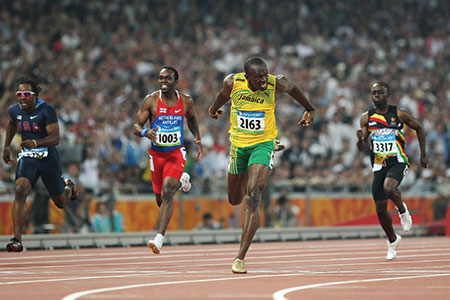 The world’s fastest ever man who won the triple double (100m, 200m and 4x100m gold two Olympics in a row) has a mission for Friday night – beat recently charged drug cheat Tyson Gay’s meet record to add to his 200m mark in London.

Bolt has started his season slowly – he got beaten by US sprinter Justin Gatlin in Rome but has gone on to run the fastest 200m of the year in Paris – and had to compete at the Jamaican trials for a spot in Moscow. Job done he’ll compete in the London GP for the first time since 2009. 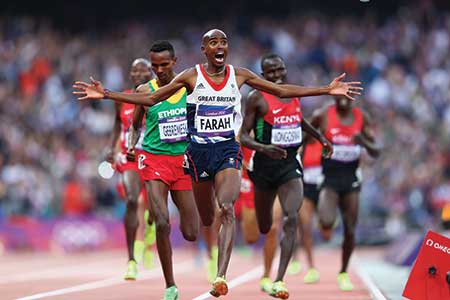 In London, the beloved Mo won 10,000m gold and then backed up to win the 5000m seven days later. Now he can’t walk down the street without seeing someone do a Mobot, his signature celebration move. In a bit of a controversy by his standards, Farah ran the first half of the London Marathon as a practice ahead of him running the whole thing in the future.

This month in Birmingham he beat the two fastest men in the world for the year (Ethiopia’s Hagos Gebrhiwet and Yenew Alamirew) and the 2011 world champ Ibrahim Jeilan, showing he’s in good form. 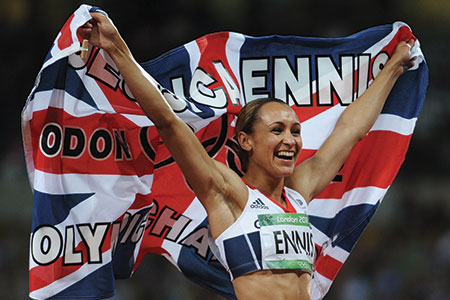 The heptathlon gold medalist has won a pile of honours, including the Laureus World Sport Awards sportswoman of the year. She was also runner-up to Bradley Wiggins for BBC Sports Personality of the Year and awarded Commander of the Order of the British Empire (CBE).

Her autobiography, Unbelievable, came out and her name’s changed since she married Andy Hill in May. Phew. She’s a question mark to compete here due to a “frustrating” ankle injury that’s kept her out of the past few Diamond League meets. 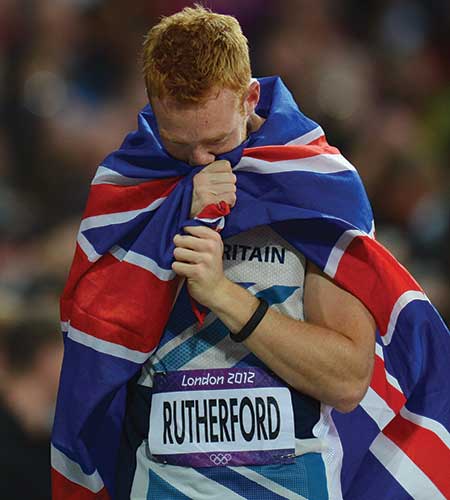 The flame-haired flyer has beaten his closest rival Australian Mitchell Watt, the Olympics silver medalist to his gold, twice already this year. Rutherford became a star with his win at London, making him the second British man ever to bag Olympic gold in the long jump, and has been a panel show regular since. He’ll go head-to-head again with Watt this weekend.

A most notable omission from London was the 2003 world champion Collins, who was expelled from his St Kitts and Nevis team for missing training sessions. It would have been his fifth Olympics. “My story from London was well documented, and to have the opportunity a year on to run in The Stadium, is something that I’m really grateful for,” he said. “This is my Olympic final.” 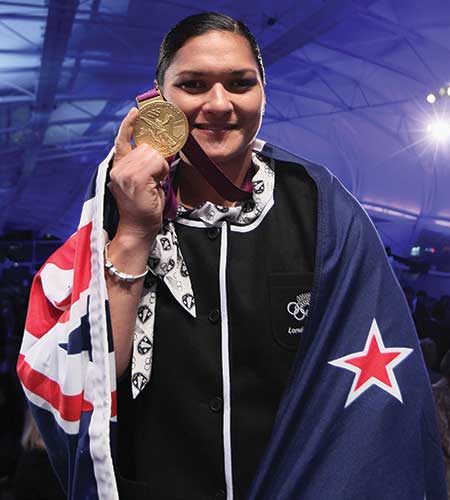 The rightful gold winner in London had to wait for a special presentation ceremony by the Governor-General Sir Jerry Mateparae in Auckland for her silver medal to change colour. The two-time Olympic and three-time world champion, who won the IAAF Diamond Race last year, was elevated when the original winner, Belarusian Nadzeya Ostapchuk, was stripped of her medal for failing multiple drug tests. 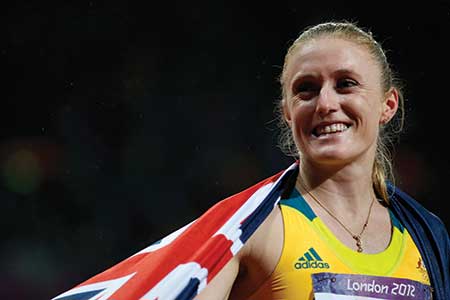 In probably the race of the meet, along with the men’s hurdles, World and Olympic champion Aussie Pearson faces off with 2011 World silver medallist Danielle Carruthers, Olympic bronze medallist Kellie Wells and, if she’s fit, Olympic heptathlon champion Ennis-Hill. She too is coming back from a hamstring injury and hasn’t had an ideal preparation to defend her world title, but surely the emotion of her win at London will see her find another gear. 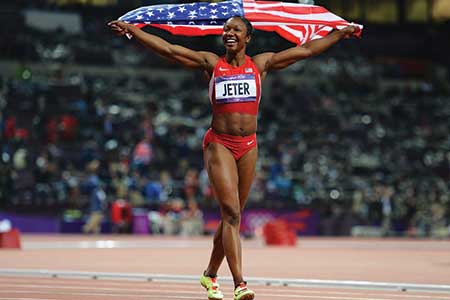 The American with the slicked-back hair is the second fastest woman of all time and will appear in the 100m, which she won silver in at The Stadium. She also won 4x100m gold and 200m bronze in London. She’s recovering from a leg injury but will be looking for a big one pre-Moscow.

The big 20-year-old from Grenada will face his silver and bronze medalists from London in Lalonde Gordon and Luguelin Santos. He’s the world and Olympic champ but still has room to improve – Michael Johnson’s record is quivering. 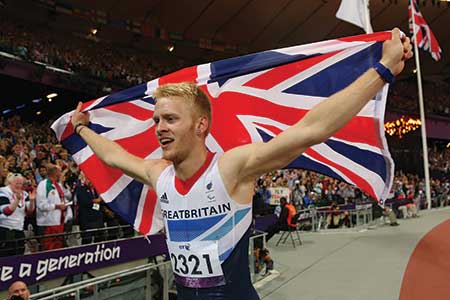 Just as the London Olympics captured the imagination of the world, the Paralympics which followed broke all manner of attendance records and created many more new sporting heroes.

They get another chance to show London their incredible strength, speed and endurance this Sunday as part of the Sainsbury’s London Anniversary Games with a one-off International Paralympic Committee International Challenge.

Stars including London gold medalists Jonnie Peacock, Richard Whitehead, Mickey Bushell and Josie Pearson will come to the event fresh from the IPC World Championships in Lyon. Tickets are priced from £12.