The Poms’ farcical relationship with the weather took a turn for the increasingly preposterous last week when temperatures of 30°C (imagine!) had MPs scrambling to demand workers be sent home in the ‘heatwave’. While the skiver in me delighted at the idea of being packed off to the park to enjoy the rays rather than sweat it out at my desk, the simple fact is this is an overreaction of Daily Mail headline-writer proportions.

The English are of course renowned for their obsession with the weather – a YouGov poll a couple of years ago found more than half of Brits talk about the climate every six hours, while 70 per cent checked the forecast at least once a day – but it would seem that, like most Pommie preoccupations (football, drinking booze), we’re just not very good at it.

Come winter, a flake of snow sends the country into apocalyptic lockdown; now the mercury pushes 30 and we wilt at the shock of an unfamiliar sensation – what is it, again … warmth?

As the nation’s papers squeal daily – and online, hourly – about our first protracted spell of ‘sizzling’ weather (er, above the mid-twenties) in seven years, with editors wetting their already sweat-sodden undies at the prediction of a whole 35ºC some time this week, I feel frankly embarrassed.

How can feeling a bit hot be worth this much press coverage? If temperatures of 30ºC+ necessitate sending Britain’s ruddy-cheeked workers home for the day, then shouldn’t a number of other countries also down tools for large portions of the year? Should the world grind to a halt just because one is a touch warm?

I want to know what happened to the Great British fortitude. The iron will that sees us stride outside in shorts and a T-shirt when it hits the heady heights of the likes of 16ºC (which, incidentally, is below room temperature).

Fellow countrymen, it is time we stopped being wimps, collected ourselves and brought back the stiff upper lip. Even if it is sporting an unflattering sweat moustache.

» Agree or disagree? Should we all go home in the heat? letters@tntmagazine.com 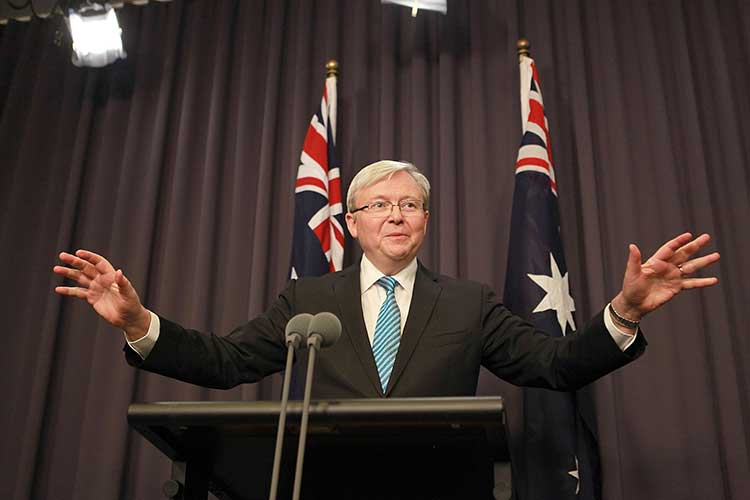 K-Rudd’s plan to send asylum seekers heading for Australia by boat to Papua New Guinea, announced late last week, has been met with outrage by TNT readers, a heartening stance in the face of a seemingly heartless policy.

Sally Brown wrote on our Facebook page, “[This] makes me ashamed to be Australian – we were all immigrants once!” while Michael Ball posted, “The use of the word ‘illegal’ always troubles me when speaking about asylum seekers. There is nothing illegal about seeking asylum.”

Rudd claims the move is to stop smugglers abusing the system and “allow Australia to help more people who are genuinely in need”.

While the reality of what it all means remains to be seen, the fact that everyday Aussies are troubled by such a hard-line decision raises the hope this particular policy will at the very least be held up to scrutiny.

Wild Dunedin: Where the student nightlife is just as wild, but nowhere near as stunning, as the rare sea animals