Travelling on: Trans-Siberian railway journey is a do-before-you-die experience

As well as the route between Moscow and Vladivostok, it’s now a catch-all for any train journey in this area – in fact, most travellers doing the ‘Trans-Sib’ will usually be heading from Beijing to Mongolia, then through Siberia to Moscow (or vice versa) – officially, the Trans-Mongolian.

But names and places aside, this epic rail journey has also come to symbolise the ultimate in do-before-you-die travel. It’s an adventure crossing time zones and cultures, continents and (depending on your route) countries. If you’re still looking for reasons to go, here are 10 you might not have thought of.

It takes seven days to travel straight from Moscow to Vladivostok, and six to Beijing, so even if you’re stopping on the way, each leg is far longer than your average commute. The journey between Yekaterinburg and Irkutsk is 52 hours, for example. Don’t fight the time, think duvet-day and embrace it. When else will you have hours stretching before you with little to do but eat, sleep, chat and read? 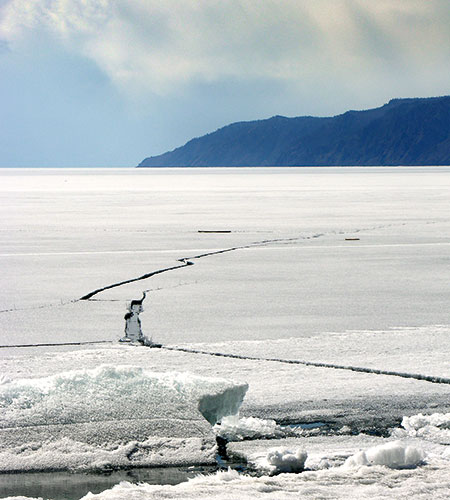 If you ever wanted to get through Tolstoy’s War And Peace, this is the time. What’s more, the accepted dress code is tracksuit and slippers. Sit back and relax! Each carriage is ruled by a train attendant known as a provodnitsa, if they’re female, or provodnik, if they’re male – though this is rare except in China.

They don’t suffer fools (make your cabin a mess as I did within five minutes and you’ll learn the hard way), but you’ll soon come to appreciate their Draconian rule. Most provodnitsas will work hard to keep their carriage neat and tidy – vacuuming the corridor, cleaning the toilet and sorting out the bedding.

On occasion, you may even find them running an off-licence and pirate-DVD store from their cabins. Business-class flights, eat your heart out: on the Trans-Siberian you get a bed even in second class. So it might be a bunk in a four-berth compartment and the chances of you getting champagne on departure are slim (though I’d like to see you ask the provodnitsa), but nothing beats being lulled to sleep by the gentle rock of a train. During the day, passengers in second class tend to sit on the bottom bunk regardless of whose bed it is, so you might need to get up at a respectable hour if you’re not up top. 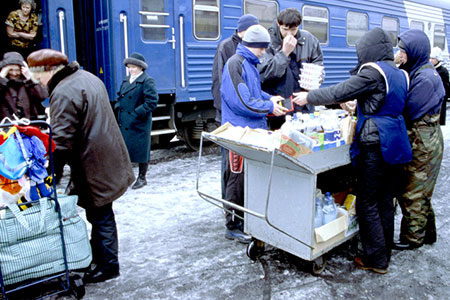 Other options include two-berth compartments in first class and open-plan bunks called ‘platskartny’. The food might be hit and miss, but the restaurant car is the social hub of the train, perfect for a few beers, card games and the odd bit of drama. While minding my business one evening a waitress emerges in a skimpy dressing gown to flirt outrageously with a man from first class.

Another night our game of cards is interrupted as an entire Russian volleyball team bound in, clad in their team strip and hunched so their heads don’t hit the ceiling. Most passengers tend to bring their own supplies and take it in turns to eat in their cabin, rotating round the table in a slow-paced game of musical chairs.

At the end of each carriage is a samovar – a vat of boiling water – where you can make yourself hot drinks, instant noodles or packet soups.

Sporty Sydney rates itself, but its food is a bit crap…