Adams, the Independent newspaper’s Los Angels bureau chief, responded to NBC’s decision not to screen the London 2012 opening ceremony live by tweeting: “The man responsible for NBC pretending the Olympics haven’t started yet is Gary Zenkel. Tell him what u think! Email: Gary.zenkel@nbcuni.com.”

NBC has the exclusive rights to the London 2012 Olympics in the US. Twitter is an official partner of NBC’s Olympics coverage.

However, Adams argues that this does not extend to corporate email addresses.

Twitter said in a statement: “We want to apologise for the part of this story that we did mess up.

“The team working closely with NBC around our Olympics partnership did proactively identify a Tweet that was in violation of the Twitter Rules and encouraged them to file a support ticket with our Trust and Safety team to report the violation.

“Our Trust and Safety team did not know that part of the story and acted on the report as they would any other.

“As I stated earlier, we do not proactively report or remove content on behalf of other users no matter who they are. This behaviour is not acceptable and undermines the trust our users have in us.”

The statement added: “We should not and cannot be in the business of proactively monitoring and flagging content, no matter who the user is – whether a business partner, celebrity or friend.

“As of earlier today, the account has been unsuspended, and we will actively work to ensure this does not happen again.”

Adams wrote in an article for the Independent: “[Twitter] has not explained how its decision to suspend me can be squared with a clause in its own privacy policy which states that: ‘If information was previously posted or displayed elsewhere on the internet prior to being put on Twitter, it is not a violation’ of the company’s Terms of Service.

“The email address of Mr Gary Zenkel, the NBC executive at the heart of this bizarre affair, was posted on a blog established in 2011, by a campaigning organisation urging supporters to ‘boycott NBC.’ I found it there, prior to sending out Friday’s offending Tweet, in roughly 30 seconds via Google.”

He asked: “The firms are running a cross-promotion throughout the Summer Olympics. Was that why it chose to ignore its own rules?” 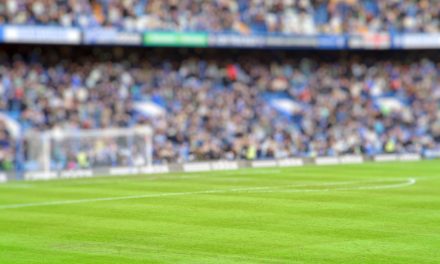 ‘I’ll walk off the pitch if I’m racially abused,’ says Mario Balotelli ahead of Euros

Two-UI: Sisters both charged with drink driving at the same time in the same car