Last week, notices were pinned up in the halls informing the lads that they’d be subject to a penis inspection – and those that didn’t participate would not graduate.

Signed by Richard L. Dong, Head Penis Inspector, it bears a signature that looks remarkably similar to a phallus.

The leaflet, which states that staff also have to undertake the test and that anyone with an erection will fail, was a cause for great merriment among the pupils when they realised they’d been fooled – but senior officials are taking a rather dim view of it.

“Lowell administration is regarding this incident as a senior prank, and the infractions will be addressed according to school and district policies,” said the school district, as reported in the Daily Mail. 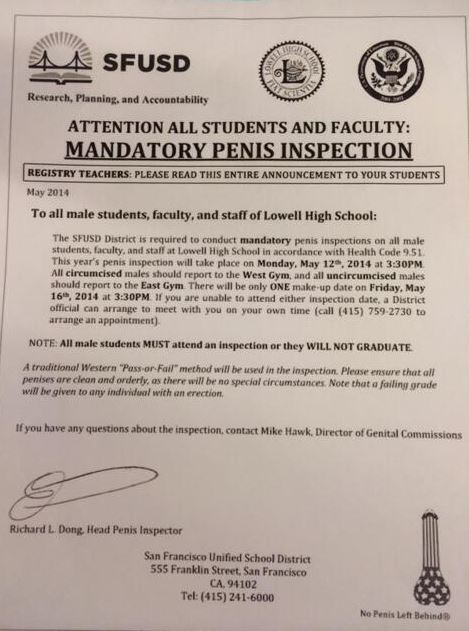