On live TV, BBC’s Eddie Mair asked the London Mayor a series of tough questions about his personal integrity, at one point saying “You’re a nasty piece of work, aren’t you?” and accusing him of telling a “barefaced lie.”

If Johnson does have ambitions to become Prime Minister, the interview will have done serious damage to these.

Mr Mair brought up Johnson’s sacking from the Times in the 1980s for making up a quote, his dishonesty about his affair with the journalist Petronella Wyatt and a recording which appears to show Johnson involved in having a journalist beaten up. 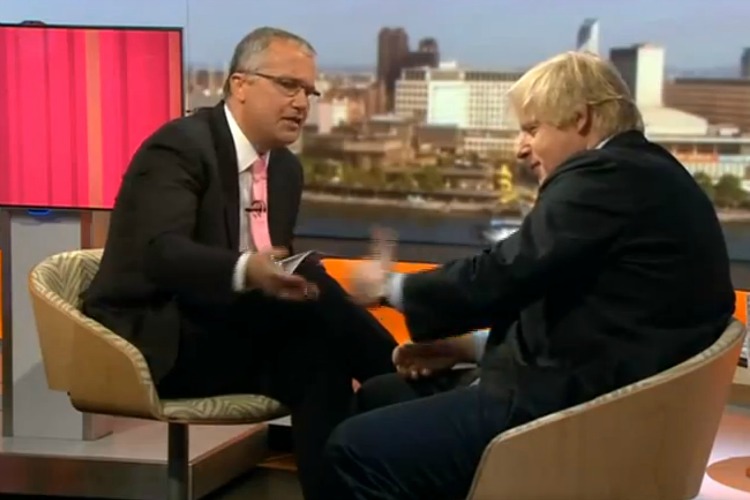 Muir said: ‘Aren’t you, in fact, making up quotes, lying to your party leader, wanting to be part of someone being physically assaulted? You’re a nasty piece of work, aren’t you?

An ally of the London Mayor said “Boris rolls with the punches and he expected a few questions about the documentary.”But to call him a ‘nasty piece of work’ is pretty crude. Every Tory politician expects a bit of it from the BBC, but that was pretty gratuitous” reports the Daily Mail.

Generation of Z: Will you survive London’s Zombie Apocalypse?