The bizarre but true incident happened in January 2011 on a flight from Toronto to Zurich. The pilot manoeuvred  the Air Canada Boeing 767 into a sudden nose dive when he saw what he believed to be another aircraft heading straight for them – the First Officer of the flight “reacted to the perceived imminent collision by pushing forward on the control column,” according to a report from The Transportation Safety Board of Canada.

The pilot had recently woken from a nap with ‘fatigue’ and made a rash decision which resulted in several passengers, who had ignored the seatbelt warning light, hitting the ceiling above their seats.

Several people on the flight needed hospital treatment – and an amateur video taken on board (see below) shows the ceiling on the plane damaged by the impact from one passenger whose body slammed into the roof when the nosedive occurred.
According to the report the pilot had young children who had interrupted his sleep time at home so a rest during the flight was required. 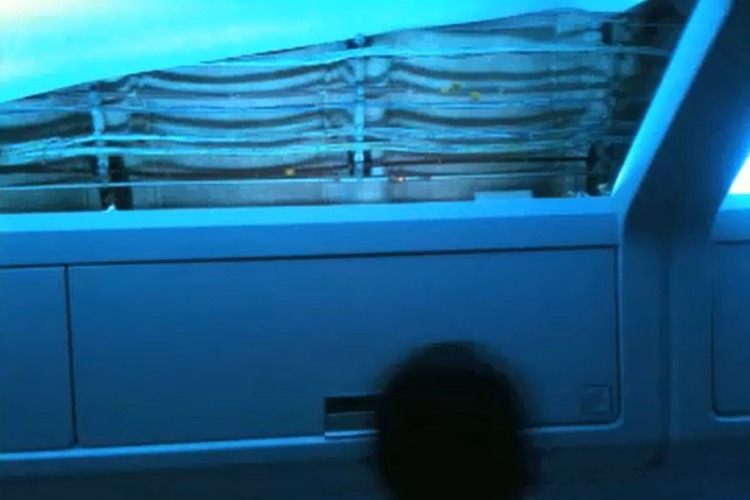 The damaged Air Canada plane ceiling, as shown in the video below

“Under the effects of significant sleep inertia (when performance and situational awareness are degraded immediately after waking up), the first officer perceived the oncoming aircraft as being on a collision course and began a descent to avoid it.” said the Canadian safety report.

The Antipodeans’ guide: Working in London – how to work as a nanny in the UK