The hilarious and cheeky ad has scored over a million hits already, and shows the Russian leader delivering a new year’s speech whilst being distracted on a beach by bikini clad lovelies and copulating monkeys.

The video shows the president in a standard news broadcast setting, but the backdrop is soon pulled away to reveal an idyllic beach scene, and shows that beneath the suited top half, Medvedev is clad in Bermuda shorts. 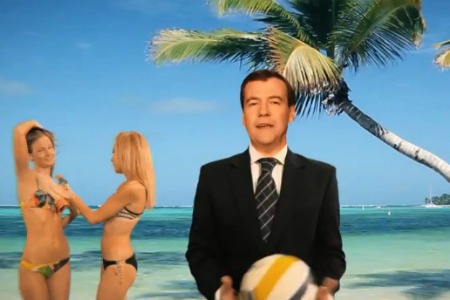 He gestures to surfers, gropes at a big boobed blonde girl, and ends it all by doing a little penguin-like jiggle. 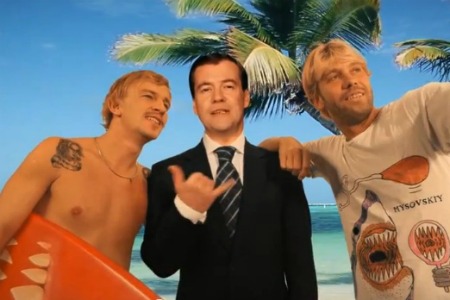 The ad, made by travelmenu.ru and uploaded by a user called Kremlin Video (presumably not an official government source!) is a cheeky way to kick sand in the face of Russia’s most powerful man. Let’s hope he sees the funny side.

The South Pole Saloon comes to the heart of Brixton