Sure, some areas on some of the larger islands are home to mass scale tourist resorts packed with cafés selling overpriced English breakfasts and Irish bars showing Premier League football.

But Lanzarote and Fuerteventura are mostly free from this blight on the landscape, particularly in winter when they have loads to offer the independent traveller.

Touch down on these parched, desolate islands and it’s easy to imagine how, back when primitive man still believed the earth was flat, the Canary Islands were thought to be the last place before the big drop off the edge
of the planet.

But these days, the islands are just a great place to drop off the radar for a while.

The name of this island actually translates as ‘strong wind’, and it’s easy to see why.

The wind howls around the island, making it one of the best places on the planet for surfing, kite surfing and windsurfing.

Surf schools are a dime a dozen and you can rent quality boards from colourful Belgian expat Michel Rozenwajn at the Surf Tech Centre in Lajares (www.surftechcentre.com).

The beaches on Fuerteventura are also the best in the Canary Islands.

Hit the beautiful golden crescent sands in Parque Natural de Las Dunas Corralejo in the north, or the stunning beaches down south at Playas de Jandin and the Costa Calma.

Emerging from the crystal water, I can’t help but feel like I’m on an exotic Pacific Ocean island, and this is in October.

“You tend to forget that you’re just a stone’s throw from Africa,” says Peter Brabants, my host at the Natural Surf Camp in Lajares.

“Last year we even had a plague of grasshoppers come across the sea from Egypt.”

Here you can take a camel safari through the volcanic landscape of the Timanfaya National Park, while a barbecue lunch is cooked by lava.

The surf is world class around La Santa, but sea urchins are a constant threat to your feet.

“I tend to find it’s better to let them fester and come out with the pus,” says my surf guide and Zoco Travel owner Mark Jenkins helpfully.

After extracting several urchin spikes, we take a drive through vineyards of the Canaries’ speciality Malvasia grape to the spectacular Mirador del Rio lookout, with views across to the barren but beautiful Graciosa Island.

Speaking of spectacular sights, don’t miss Jameos del Agua — a giant cave hollowed out by flowing magma that also houses an interesting museum explaining how the chain of islands was formed over centuries by violent volcanic eruptions.

What’s in a name?

Don’t expect to see flocks of bright yellow canaries swooping in the sky over the Canary Islands.

The name actually dates back to the Roman Empire when sailors spotted packs of wild dogs on the islands — canis being the Latin word for dog.

There are 11 other islands in the Canaries aside from Lanzarote and Fuerteventura, six of which are tiny and uninhabited. So which are worth a visit?

The biggest and most touristy island, with great views from Mount Teide, the highest point in both the Canaries and Spain.

Busy cities and massive resorts are the norm here, but Gran Canaria also has striking volcanic scenery and plenty of nightlife.

Home to the freshest volcanic eruption in the Canary Islands, lava spilled over on La Palma in 1971.

A very small island where low-key rural tourism is the main attraction.

Another small, quiet and peaceful island that has escaped the tourist boom. No cheesy discos here.

Germany World Cup stars back in training after car crash 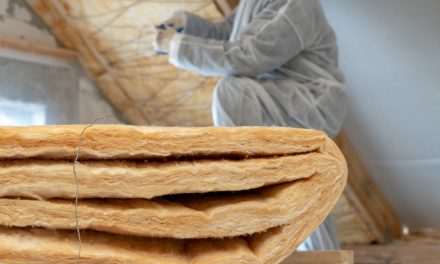 What is the Green Homes Grant?