Video: TNT talks to Thatcher funeral mourners and protesters about The Iron Lady

Despite the chaotic display of supporters and protestors, it was indisputable that she was a woman who affected many people and whose legacy will be fought over for years to come.

With thousands of people surrounding the Cathedral, it was obvious who was there to mourn Baroness Thatcher and those there to protest her legacy, as well as Tony Blair, Ronald Reagan and Henry Kissinger.

The crowds were largely silent as the funeral procession passed, although minor pockets of booing did break out in some areas.

This overwhelming silence was followed by a round of applause from the crowds who had been waiting hours, or for some all night, to pay their respects.

In between events of the afternoon, we managed to speak to some of the crowds, so we could hear what the general public’s views were on the event.

George an anti-fascist protester, complete with a coffin strapped to his back paired with eccentric top hat and makeup, said: “Because of my disgruntlement at celebrating Margaret Thatcher as a national hero, she wasn’t, she was a politician”

“She certainly changed things, but nothing was positive”.

On the other side of the debate were two young mothers from London, “she turned the country into something that was extremely prosperous,

“She couldn’t keep everybody happy, but I think she did a lot of good” 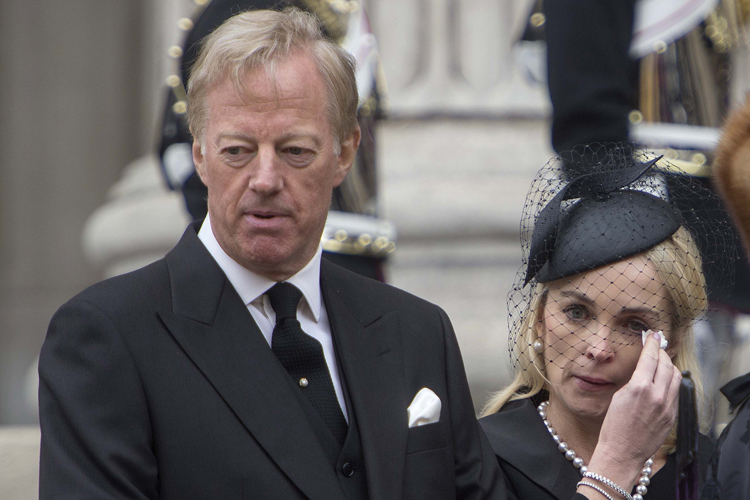 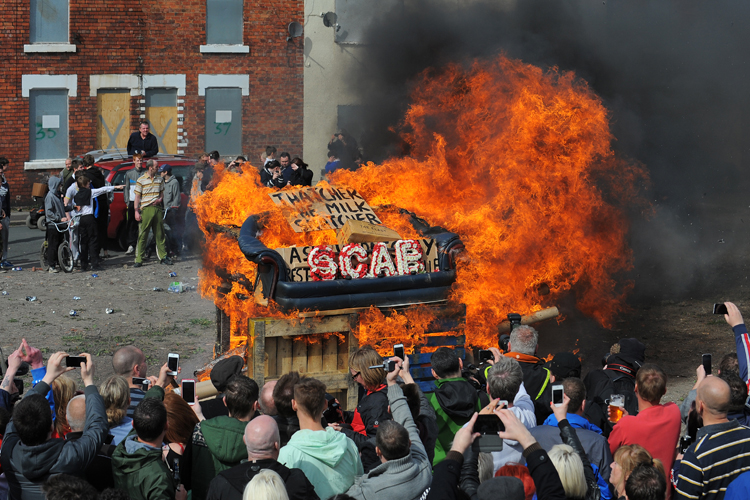 An effigy of Thatcher in a ‘coffin’ is burnt in Goldthorpe, Barnsley

A protester, who wished to remain anonymous, said “She was a divisive figure” and when asked what stood out in Thatcher’s time in office,

“It was all pretty rotten”.

In contrast, a Thatcher mourner labelled Thatcher, “our greatest leader of all time”. Praise indeed.

How to make the perfect pancake and avoid pancake flip fails