Video: Urban explorers who climbed The Shard release incredible footage of their stunt

The pictures shows three members of the ‘London consolidation Crew’ climbing nearly 80 storeys to record a breathtaking vista some 40 miles across London and beyond.

Astoundingly, the three daredevils managed to bypass security to capture the images.

It was the third time the trio had gained access to the site, but they wanted to wait until the final time, when the building’s construction had been closer to completion, to record footage. 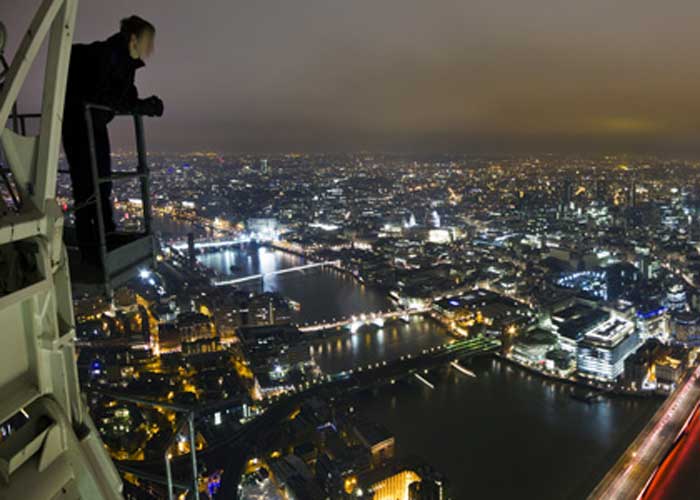 Plus, a failed attempt to enter the building earlier this year caused security to tighten, though Sellar Property Group, and Mace – the building’s developer and main contractor respectively – refute the group’s claims their hijinks took place in recent weeks.

Doctor Bradley Garrett, 31, who is part of the crew, defended his stunt when he spoke to The Daily Telegraph.

“We do it because we love London and we want to see it from a different perspective,” said the freelance photographer and documentary film-maker, who moved from his native Los Angeles four years ago.

“Urban explorers are interested in going into places that we are not to be supposed to be in and then document them and post images to the internet so other people can see these ‘out of bounds’ areas.

“We don’t break anything or damage property, so we don’t see what the problem is. We are just going in to have a look, that’s all.” 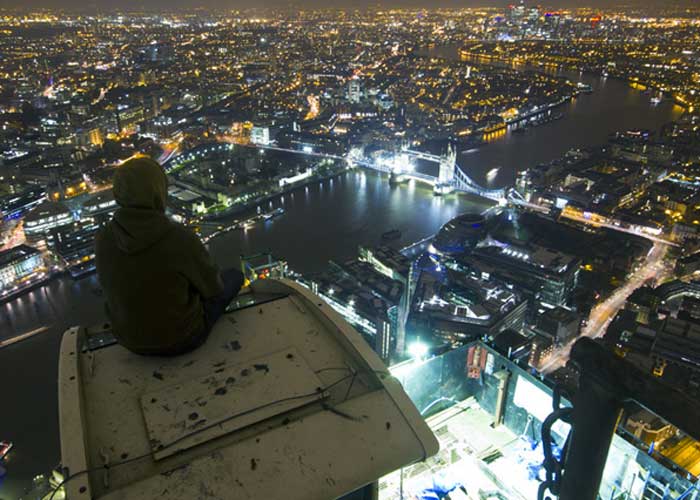 The group, made up of middle class professionals and students, claim to have accessed more than 300 locations across seven countries over the past three years.

Several members of the group are currently fighting attempts by Transport for London to slap them with anti-social behavioural orders (ASBO).

Everything must go! Big Book Sale for a good cause in New Cross Gate, London