Video: Welsh grandfather hailed a hero Down Under after dragging shark away from kids

Paul Marshallsea, 62, from Merthyr Tydfil, was enjoying a beachside BBQ when he noticed the danger and rushed into the sea.

With scant regard for his own personal safety Marhallsea grabbed the shark by its tail and pulled it back into deeper water.

“Where this shark actually came ashore, it’s shallow for about five or six yards, and a lot of babies and toddlers splash about there,” he told Channel 9 News.

“My instincts took over and I just grabbed the shark by the tail.”

Marshallsea said he also acted with the welfare of the shark in mind saying that animals such as the shark commanded his respect and that it was difficult seeing such a beautiful animal struggling.

Two younger too-gooders came to Marshallsea’s aid to drag the shark further out to sea.

A spokesman for the lifeguard said: “We don’t recommend manhandling sharks, but this gentleman did a great job.”

Wildlife experts believe the shark may have been so close to shore due to illness that may have lead it to become disorientated. 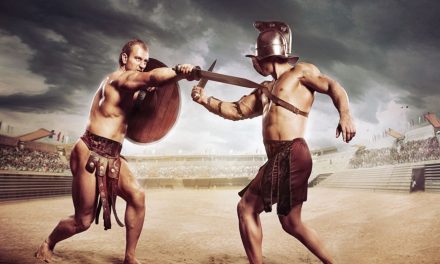