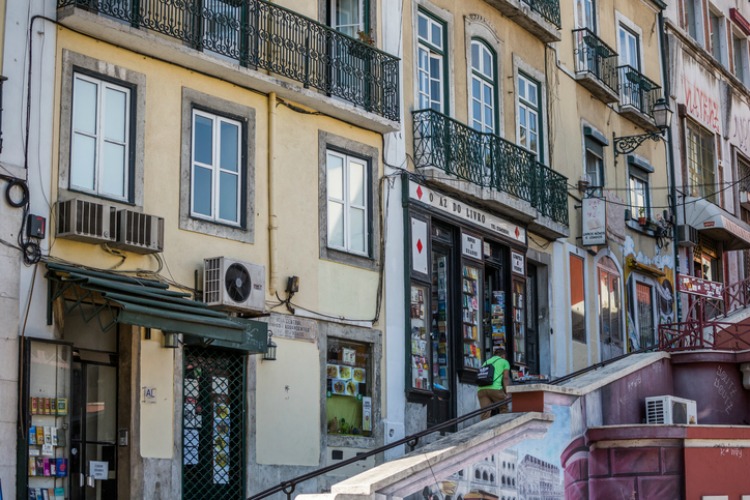 At night, the neighbourhood is favoured by bar-hoppers who pile into drinking holes like Mahong, hip places to sink a cold Sagres, Portugal’s beer of choice.

But one word of warning: the Bairro’s popularity has given it an unsavoury feel after dark. Thieves and n’er’do wells prowl so be careful. Lisbon is the home of the chancer: back in Baixa blokes will try to sell you weed if you pause on an intersection and start reading a map.

If you want to party in style, check out Lux. The nightclub that Hollywood star John Malkovich sank money into is a white-walled paradise with a labyrinth of connecting rooms.

The mammoth old warehouse is the coolest place to dance in town. Boys Noize, Jamie XX and Sven Vath are some of the big names that perform here.

The bar’s terrace looks over the river, and it was from those waters that intrepid Portuguese mariners set off all those years ago on maniacal conquests.

During the lean years the waterfront went to ruin but recently it’s been reborn – at Alcantara, where Lux is – and also down at Docas, the old docks, where beautifully designed bars and restaurants sit.

For the best modern art in Portugal, head to Centro de Arte Moderna, a soaring, modern masterpiece of a building.

The permanent collection challenges the boundaries of modern art and shows that Lisbon has the excitement and verve of Barcelona or Madrid in its gallery scene. There’s work by Almada, Pinheiro and Rego. There’s even a Henry Moore outside to boot.

If you want to rub shoulders with Lisbon’s cool crowd, head to the LX Factory, in Rusa Rodrigues de Faria, in the Alcantara district, where artists have based themselves in former industrial warehouses.

Swing by hip bookshop Ler Devagar, where a bright-white bicycle with wings hangs from the ceiling. Every Sunday, this ‘creative city’ morphs into a market fair, selling vintage knickknacks, rare plants and culinary goodies. Stalls open from 11am to 7pm.

A food revolution has happened here too: top chefs like Nuno Mendes – who’s now blazing a trail in London – have reinvigorated dining in Lisbon.

Mingle at Peixe em Lisboa – a festival of fish at the Patio da Gale, an old merchant courtyard in the city centre that’s been restored for cultural events.

Here you can feast on the freshest sushi, delectable clam spaghetti and mouth-watering salmon burgers – all cooked by the finest chefs in Lisbon. 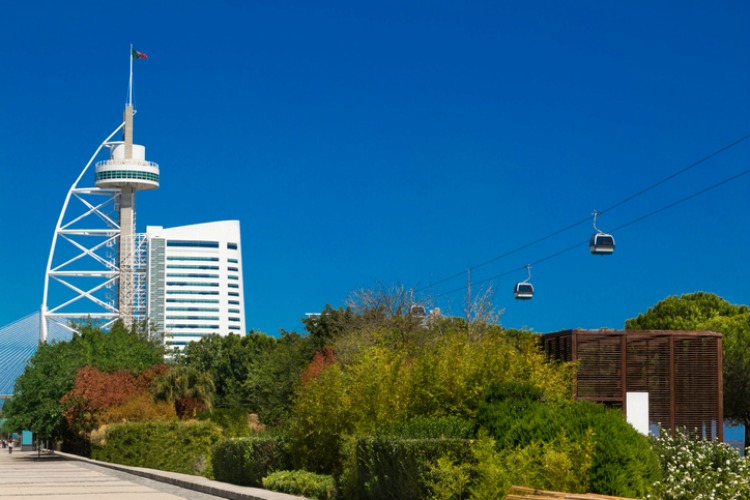 Up at the Parque Das Nacoes (portaldasnacoes.pt) – the site of Expo 1998 – the best in modern Portuguese architecture is striking.

Big concrete boxes, wonky post-modern pavilions and the never-ending Vasco da ama Bridge stretching into the middle distance spread out before you from the seat of the park’s cable car, reflecting Lisbon’s burgeoning status as a stylish city.

Getting there: E=easyjet, TAP Portugal and British Airways fly several times daily from London (Gatwick and Heathrow) to Lisbon. Flights cost from £50 one-way with easyJet.