Explore the caves of Málaga, Spain

Málaga is home to Spain’s largest population of cave dwellings.

It might not be the first thing that pops into your mind when you think of Spain, but the country is peppered with grottos – caves that are used for everything from living places to trendy nightclubs.

The caves of Málaga

Guadix is a surreal square mile of tussocks studded with man-high chimney pots. It’s hard to believe that there are people living just beneath your feet, watching TV or doing the washing up.

The Cave Museum is a bite-sized grotto packed with an eclectic muddle of earthenware pots, traditional costumes and tackle for slaughtering pigs.

Las Cuevas Al Jatib, just outside the town of Baza, is set in a lunar landscape pin-cushioned with prickly pears. This cute hotel-restaurant has self-catering caves with cosy alcove beds and subterranean kitchens.

“We get a lot of backpackers on their way to, or from Granada, who come here for a couple of nights of luxury in between roughing it,” says owner Eloi.

If you don’t want to fork out €90 to stay in a cave, you can come here for the hotel’s hammam, a steamy, low-roofed grotto with two pools and piped music where it’s bliss to soak for an afternoon. 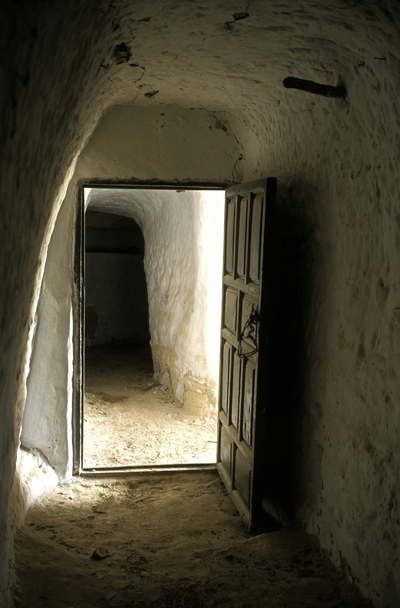 Eating and drinking… in the caves

For cheap and plentiful tapas in Guadix, check out Mesón Calatrava, a real spit-and-sawdust joint tucked into a side street near Guadix’s 16th-century cathedral.

In Huescar, head for the Cuevas Alcadima, a bar/restaurant carved out of a hill overlooking the town, where I devour scrumptious shrimp and artichoke pizza.

Granada and the Alhambra

If you’re a camping fan, pitch your tent at the shaded recreation area at Orce and splash about in the fuencaliente, a natural spring with waters of 21ºC.

From here it’s a short drive to Granada, which is studded with caves quarried out of the hillside beneath the magical 14th-century fortress, the Alhambra.

There are plenty of touristy flamenco caves at the bottom of the hill in Granada’s Sacromonte district, but it’s well worth climbing higher where you can see improvised flamenco sessions called juergas, which are a lot more authentic.

If flamenco’s not your thing, loads of clubs have set up shop in the caves so don’t be surprised to find yourself dancing to The Killers in a cave once used by prehistoric man! 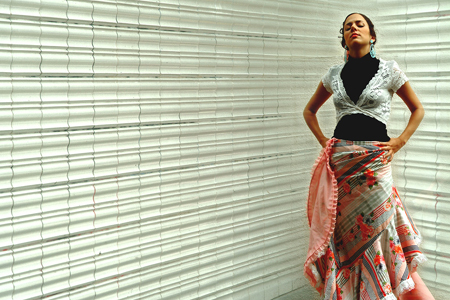 Buenavista Palace, is the city’s Picasso Museum, which has an impressive collection of art while  the Plaza de la Merced is home to the Picasso Foundation.

A trendy bar favoured by locals is El Pimpi, a noisy bodega where Antonio Banderas and his celebrity pals love to sip Málaga’s famous sweet wines.

Flamenco fans will enjoy the city’s new Flamenco Museum with its three floors of music-themed exhibits. Art lovers should make a beeline for the very hip Centro de Arte Contemporáneo de Málaga and mad professors will get a kick at science museum Centro de Ciencia Principia.

WHEN TO GO: Málaga’s cool grottos are great places to escape to during the heat of Andalucia’s summer months.
GETTING THERE: EasyJet (easyjet.com) and Ryanair (ryanair.com) fly direct to Málaga from London for about £48 return.
GETTING AROUND: To explore these remote mountain villages, it is best to hire a car. See easycar.com/tntmagazine where you can receive a 5% discount.
VISAS: South Africans need a Schengen visa to visit Spain.
CURRENCY: Euro. 1 GBP = 1.17 EUR.
LANGUAGE: Spanish.
GOING OUT: A bottle of the local San Miguel beer is €2-€3.
ACCOMMODATION: A dorm bed at a hostel starts from €12, while a decent hotel room will set you back about €70 a night.
GET MORE INFO AT: andalucia.com

Shilowa resigns from the ANC