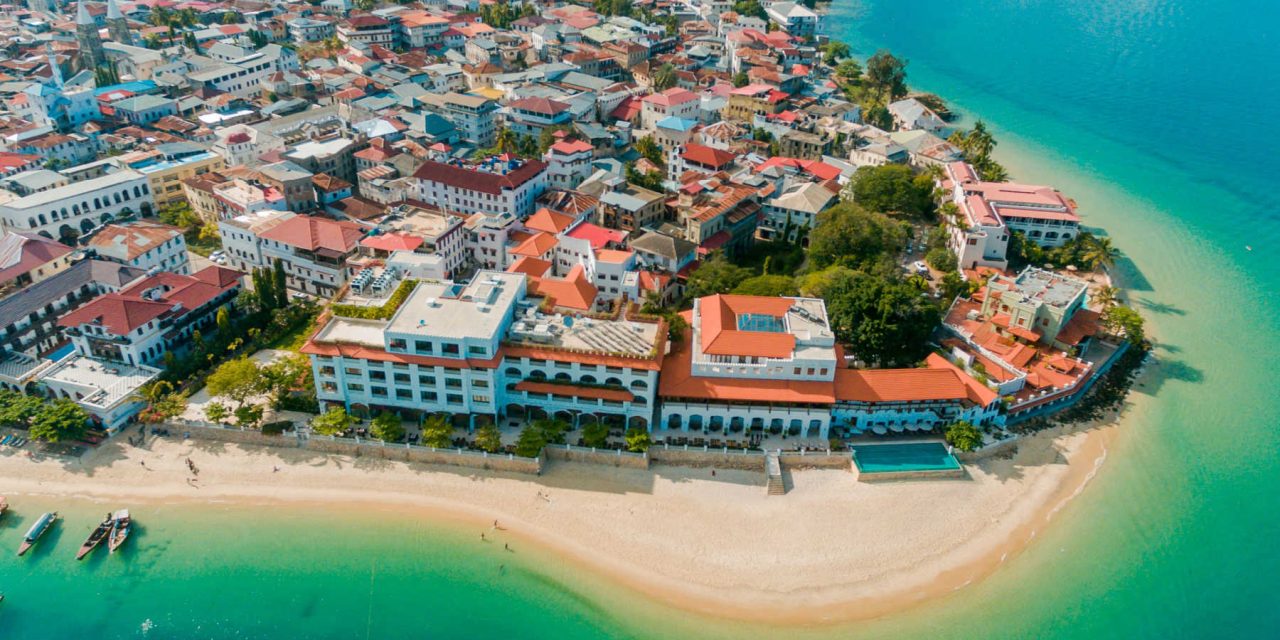 Stone Town and the rest of the Zanzibar archipelago will amaze from start to finish. It’s the kind of place you can’t help but fall upon clichés to describe – unique, for example. Zanzibar had the first steam locomotive in East Africa, was the first region in Africa to introduce colour television (in 1973) and, incredibly, has an airport where you queue on the pavement to check in for your flight – quite unique. Stone Town was also the birthplace of Farouk Bulsara, better known as Freddie Mercury.

Today Stone Town, part of Zanzibar town, is the only city in East Africa much the same as it was 200 years ago, as its Unesco world heritage status testifies. Much of the history of the islands (Pemba and Unguja, though the latter – and larger – is often simply referred to as Zanzibar) is entwined with that of the slave trade. For centuries Zanzibar was a major port for slave trading, first under Arabic rulers then western colonisers. The continuous ebb and flow of people led to a blend of Moorish, Middle Eastern, Indian and African religions, cultures and traditions.

Zanzibar’s kaleidoscopic heritage was spiced up, quite literally, by the island’s position on the spice route. During the 19th century, Zanzibar became an important producer of cloves as well as cinnamon, cumin, ginger and more – their collective scent giving Zanzibar its nickname, Spice Islands. It’s the culmination of these eclectic influences that have helped forge an image of the archipelago that captures the imagination of the modern traveller and which is completely different from that in mainland Tanzania.

Relatively small, Zanzibar (Unguja) is 90km long and 30km wide, skirted by stretches of powdery, white sand and the purest ocean waters I’ve ever seen. Head east for the most popular beaches where you can go scuba-diving, swimming with dolphins, take a trip on a dhow (a carved, wooden boat) or just sit and stare at the gemstone ocean, preferably with a cocktail in hand.

Although Zanzibar is largely Muslim, alcohol is readily available and locals love a good party. This was something we discovered when we pitched up in Ras Nungwi on the island’s north-east coast to find a Full Moon beach party scheduled for that night. Despite a tough day soaking up the sun, we managed to save some energy and soon we were bumping and grinding on the sandy dance floor with revellers from all over the world.

Reflecting off the now blackish ocean water, the moon lit up the beach and, along with the balmy temperature, kept us up way past our bedtimes. As the rhythmic drums beat on I crashed into slumber land, only to be woken (what felt like) five minutes later by banging on my door. It’s a new day, the sun is high in the sky and I, with a thick head, am due on a boat trip.

The dhow comes to a gentle halt and as the water laps softly against it, I roll over the side into the Indian Ocean. Instantly refreshed, I adjust my mask and duck dive through the crystal clear water. A school of tropical fish splits in two as I descend among them like a large sea predator. I feel the squeeze in my lungs and shoot back to the surface, taking a few deep breaths before submerging again.

Exploring the underwater world, I hover like a hummingbird to get a better look at the aquatic life around me. I spot an octopus, a moray eel, a small ray and plenty of tropical fish with their boastful colours and flirty movements. I’m so distracted by the array of sea life on show in this natural aquarium I don’t notice time pass. When I finally raise my head from the water, the skipper on the dhow makes the call for lunch. The engine splutters to life and we cruise back towards the coastline.

Fine, soft sand greets us as we anchor on the beach and skip to a nearby sunshade to avoid the scorching sun. Sitting on tree stump benches around a table, we peel open the foil on the table to find a large fire-cooked tuna fish. It has been prepared with some of the local spices Zanzibar is famous for, and luckily most of our group seem to like it hot. It’s not long before the wiry bones are the only remains. Lunch – fresh and alfresco – has rarely tasted better.
Giving our compliments to the chef, we make our way back to the dhow to rouse our skipper. With a belly stuffed with seafood and a mind full of marine life, I nod off on the top deck to the crack of flapping sails and splash of ocean waters. Next stop, another island paradise.

» Brendon Bishop travelled to Zanzibar with Shoestring (www.shoestring.co.uk), who offer flexible tours to Kenya
and Zanzibar ranging from seven to 21 days.

Knock on wood
You can spend many an idle hour wandering through the labyrinthine streets of Stone Town, marvelling at the grand, Arabic-style houses whose original owners vied with each other over the extravagance of their dwellings. This one-upmanship is particularly reflected in the brass-studded, carved, wooden doors – there are more than 500 different examples of this handiwork.

Swim with dolphins
Situated on the southern point of the island, Kizimkazi fishing village is home to several schools of bottle-nosed dolphins, which can often be sighted on a short boat trip from the village. If you’re lucky, you may be able to swim
to the dolphins.

Spice is nice
Spice plantations surround Zanzibar Town, producing cloves (Zanzibar and Pemba are the world’s key producers), nutmeg, cinnamon and pepper. A good tour includes opportunities to dazzle the senses with fresh spices.
See cheeky monkeys The Jozani Natural Forest Reserve is located in the central east region of Zanzibar and is home
to the rare red colobus monkey, which is endemic to the island. These monkeys are full of character and roam freely. They can also be seen at very close quarters just outside the reserve’s perimeter.

Dive into the depths
Some of the world’s best coral reefs for scuba-diving and snorkelling are located along the Zanzibar coast. In Ras
Nungwi the local villagers have built a turtle sanctuary where injured turtles and other marine animals are nursed back to health before being released into the warm waters of the Indian Ocean.

Bar 100 review: Beautiful views at this all purpose spot for a night out