Wayne Rooney’s father and uncle have been arrested in a swoop on possible illegal betting on a Scottish Premier League match.

Wayne Rooney Snr, 48, (pictured) and Richie Rooney, 54 – the England striker’s uncle – along with seven other men are being held over allegations of betting irregularities during the SPL game between Motherwell and Hearts on Dec 14, 2010.

During the match Jennings was shown a red card for verbally abusing referee Stevie O'Reilly, when he had already been booked.

Bookies raised the alarm when it emerged that several bets were made on a player being sent off including a £500 gamble placed through a new account opened in Liverpool at 10/1 odds.

Merseyside Police, who carried out the arrests today, said: "Detectives have today executed warrants at 10 addresses across Merseyside and Glasgow and arrested nine men as part of an investigation into suspicious betting activity.

"The arrests are the culmination of a joint operation with the Gambling Commission and the nine who have been arrested for conspiracy to defraud are being interviewed by detectives.” 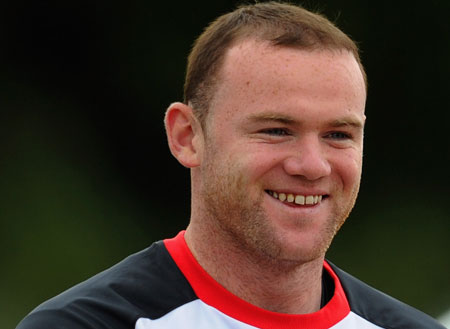 Wayne Rooney: His father has been arrested for alleged betting fraud

SFA chief executive Stewart Regan said: "It is important to stress that the evidence gathered throughout this thorough period of investigation has involved only one Scottish match.

"Motherwell FC are aware of the situation and will issue a response in due course."

Dogs on the Beach