Why Deni Ute Muster should be on your to do list!

The Australian English vocabulary is studded with diminutives. A delicatessen is a ‘deli’, a university is a ‘uni’, a barbecue is a “barbie”.

And so it follows that Deni Ute Muster takes place in the southwestern New South Wales town of Deniliquin (“Deni”). It is a gathering – or muster – of enthusiasts who have taken vows of devotion to the utility vehicle (“ute”) known in other countries as the pick-up truck.

In October of each year, this iconic cultural celebration draws together ute lovers from around the country to reaffirm their loyalty to one another in the spirit of ute worship. Deni in October is ute-opia. 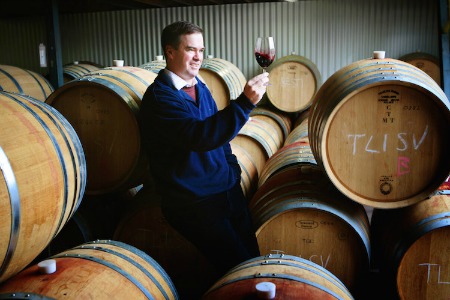 The ute is an intrinsic and familiar component of the Australian rural landscape and, as such, is widely regarded with affection. The ute is honest, resilient, practical, versatile, reliable and unpretentious, and radiates a spirit of adventure.

It’s a true blue, dinky-di symbol of Australia. The ute is parked in the driveway of Australian cultural identity.

Deni Ute Muster has become a celebration of rural life and popular culture. Set against a distinctive Australian backdrop, the Muster and the Play On The Plains Festival that embraces it provides a unique opportunity to hang out with ordinary, ute-loving Australians and some of the biggest names in country and rock music. 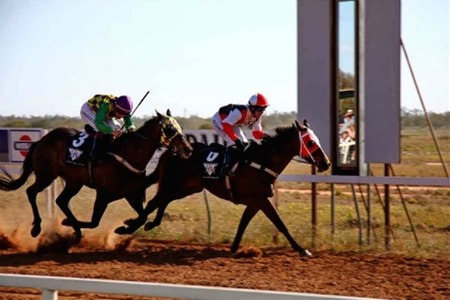 Who else will be there
You certainly won’t be alone. Expect nearly 10,000 utes and 20,000 party-goers, including footloose and fancy free 20-somethings, as well as kids, family groups and retirees. After all, the Deni Ute Muster has been awarded the Best Regional Event in Australia title at the National Tourism Awards, so it attracts young and old alike.

How do I fit in?
For a cohesive tribal culture, Deni Ute Musterers are generously inclusive. To be accepted, the only requirement is the wearing of the culture’s insignia – the blue shearer’s singlet. Wearing a “bluey” automatically makes you an entrant in one of the event’s proudest international recognitions. Last year, a world record was set for the number of attendees wearing blue shearer’s singlets. The figure was 3924.

The main events
Deni may be a high-decibel occasion but you’ll hardly hear a thing over the violent pounding of your pulse with such electrifying events as Australian National Circle Work Championship and Ute Show’n’Shine competitions. Ute of the Year, the Holden Barrel Race, the Go-to-Wo precision driving test, and the Holden Grunt Off, where teams of five pull a Holden ute over a 40-metre course in a bid to win a fully-catered marquee from which to watch the Saturday night concert, are highlights. As is the jam-packed two-day program of live music from some of Australia’s best artists.

Boks happy with win over Wales