‘Sorry, this bank has no cash.’

This is what I was met with at Cochin International Airport, in India’s southern state of Kerala. Every single bank, ATM and currency exchange had no money whatsoever. There was a brief moment of hope when I ran to join a single snaking queue outside the State Bank of India booth in the arrivals lounge, with well over one hundred people patiently lined up. Thirty minutes and virtually no movement later, the cashier pulled the blind over the window and announced that they too had run out of money.

I had arrived in India four days after the Prime Minister, Narendra Modi, made a surprise announcement to ‘demonetise’ the ₹500 and ₹1000 notes – roughly equivalent to £5.80 and £11. After a week, the tourism industry began to feel the weight of the lack of cash – the difference between the start of my trip and the end, two weeks later, was testament to that. 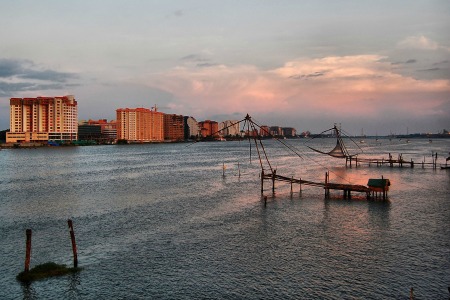 When I first arrived, the southern city of Cochin (also known as Kochi) was brimming with backpackers, long-term hippy residents and retired couples making their pensions stretch, but two weeks later it was virtually deserted – just when it should have been filling up with peak season tourists. Shop keepers, auto-rickshaw drivers and restaurant owners were on the verge of begging those who remained to spend cash with them. ‘30% of tourists have cancelled their trips!’ was the line I was frequently told, and this was the conservative percentage. Many of those that had gone ahead had checked into all-inclusive hotels where cash was not needed. This left a very obviously hard-hit and desperate industry.

Yet despite the struggle and stress that the ban has initially caused, I still urge tourists to go to India as it settles into its usual peak season; the places you plan on visiting cannot afford for you not to. 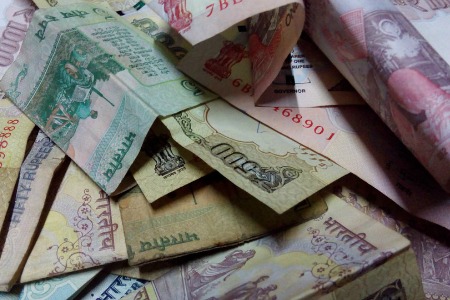 The rupee ban was issued on the same day as the US election result, so unsurprisingly the story was pretty far down the international news agenda and you would be forgiven for missing it. So caught up in the surprise of a Trump presidency, I too missed the story entirely and only discovered it when a friend shared an article, knowing I was off to India the next day.

To give a little more context on the scale of the surprise policy, India is a strongly cash based society, with only 10% of transactions on card. Add to this that the demonetised notes make up around 85% of India’s cash in circulation, it was a recipe for short-term disaster (and the jury is still out on the alleged long-term benefits).

From a tourist’s perspective, it is illegal to take rupees into or out of India, meaning you cannot buy currency in advance. I therefore turned up with £100 in £5 notes, a pre-paid currency card and a debit card, naïvely assuming that it wouldn’t be too hard to get rupees from somewhere.

In reality initially, not so. The government had enforced a ₹2000 daily withdrawal and exchange limit (₹2000 notes being the only new note issued), so anyone who needed more than around £23 per day or had old notes to exchange had to queue up at banks and ATMs. There’s over 1.3 billion people in India…

The Wad of Small Things

So I found myself stranded at Cochin Airport with no way of paying for anything at all, not even a bottle of water, let alone a bus or taxi to get the 35km into the main city. After hours of negotiation and a couple more of begging to the only remaining staffed (but officially closed with no money) bank branch, a kindly bank cashier finally took pity on me and agreed to exchange £20 – enough to get me into town and pay for a few meals.

I spent the rest of the day going from bank to ATM to bank, walking 15km in search of some crucial rupees, but constantly being turned away. As it started to get dark, my mood became increasingly despondent, especially after the concerned call from my bank asking if I had intentionally tried to use my card over 30 times in southern India.

Finally, as my blisters began to bleed, I got lucky. An elderly security guard pointed me to a closed shopping centre; I wondered in alone, past the halls of dark, locked shops. A glowing ATM, forgotten by the masses stood shining in an otherwise dark corner. It spat fistfuls of ₹100 (80p) notes at me, before others clocked my success and started to queue. ATMs had been running out of cash after only a couple of hours all over the country, so I happily gave way to others in far more desperate need. But success, I had enough to last a few days!

The hunt for a working ATM or an open currency exchange became a regular feature of my trip and it would be untruthful to say that it didn’t place a certain amount of strain on what was meant to be a getaway from the stresses of daily life.

However, after that first day I found that I was always able to get hold of cash and I did not have to make any major compromises on my trip. It got substantially easier over time, and is very likely to continue doing so – ATMs began to be reliably stocked at least once a day and currency exchanges began to start accepting foreign money again. Yes, I did need to book accommodation online beforehand as I travelled around so that I could guarantee paying expensive bills by card. Yes, I got the occasional drink in a nice hotel so that I could break one of the crisp pink ₹2000 into far more usable ₹100s. And yes, of course there was some inevitable queuing.

However, if India is to survive this contentious move, what it needs is cash confidence. Being a money-spending tourist in areas where people heavily rely on the faded wads of ₹100 notes foreigners use to pay for their travels, is the best thing you can do.

The Foreign and Commonwealth Office offers the most up-to-date and accurate advice on withdrawing money in India.

Class of the week – Sexy in the City

A Grape Night In settles down in Tooting