A Little bit of honesty: interview with Australian actor and comedian Mark Little

“I have always been an Aussie-Euro-Brit. Australia is where I come from, but I have a good sense of humour – you have to be able to have the piss taken out of you here,” Mark Little says.

He’s been on this little island for more than 20 years, plying his trade as a comedian and actor, but returns to the stand-up circuit this summer after a 10-year absence, showcasing a new gig of political and social observations and suggestions.

Little’s back where he belongs, doing what he started out doing, and, frankly, what he does best.

The Bullshit Artist is created by and for these times, a one-man performance shot through with sardonic observations, optimistic proclamations and a sense of the global. It’s brought on by the times in which we live, Little says.

“There was a new government, the coalition, the Occupy movement, police kettling, all of that,” he explains.

“There was a groundswell of movement and I thought: ‘This is great, there is a new audience for my stuff.’ In the show, we look at generations and at how each one is affected, and how they differ.

“And then, I give this directive: ‘Hands up the smart people in the room.’ You get one or two people who put their hands up, because dumbing down has worked.

But, by the end of the show, it turns out that people aren’t as dumb as they think they are. The reason the world is in a mess is because the smart people aren’t putting their hands up.”

If this politically and socially motivated spiel sounds surprising, it shouldn’t. For those of a certain generation, Little might still be Joe Mangel, the loveable loser he played on Neighbours (“It was like a Frankenstein’s monster, it fucked everything up, people only wanted to hear about Kylie and Bouncer, they didn’t want to hear about what I had to say…”), but the 52-year-old started out on the comedy circuit 33 years ago in Melbourne. Even then, he found himself blackballed for his political routines. 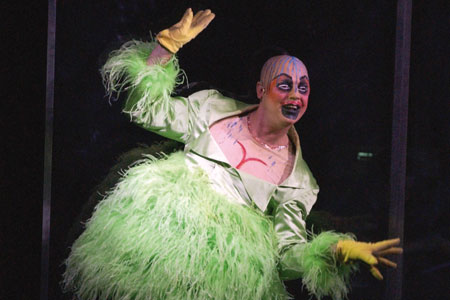 After arriving in the UK in 1992, disenfranchised with the comedy scene in his native land and keen to find fresh ground and audiences on his wavelength, Little made a name for himself in the ensuing decade with shows that combined his wit, intelligence, questioning, and passion for stand-up.

“I performed all through the Eighties in the pubs and clubs doing the comedy that I do now,” he recalls of his embryonic years.

“It was hard work, and it got to the point in 1990 when I’d had enough. I was sick of it and of the drunk audiences. I wanted to put my comedy in a theatrical environment, so I brought it over here and they loved it.

Then I moved to the UK and did this throughout the Nineties, going to Edinburgh every two years with a new show.”

“It was all about the era of Quentin Tarantino, Prozac, and handguns,” he recalls. “All those shows were a little epoch of what was going on at the time.” 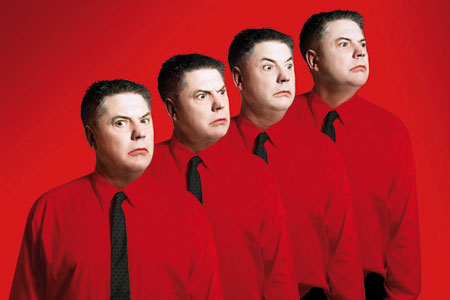 Times changed, though, with Blair and New Labour coming to power, 9/11 shaking the world, with Britain and Australia finding themselves knee-deep in a Middle Eastern conflict that essentially divided the nations’ populations.

“It became difficult to do political comedy. We were a country at war so it was not the best time for anti-government sentiment, but it also became a time of very vacuous comedy, too,” he says.

My style of comedy was hard to place so I had [gender politics-based one-man production] Defending The Caveman, which was a simple piece of human politics that people loved.”

Reinvigorated by the changing times, culturally and politically, Little now takes to the stage minus any of the theatrical distractions of previous years – it’s just one man, one mic and one mouth. Movie roles and TV appearances have formed a steady supplemental diet for years – Little had a bit part in Mel Smith’s lawn bowls comedy Blackball in 2003, and is a regular on The Wright Stuff, Channel 5’s weekday morning current affairs debate show, the live aspect forcing him to keep his wits sharp.

But it is his passion to re-engage both with the people and the fire that fuelled his career decisions in the first place that is most noticeable. “In the old days, we didn’t want to put things right, we wanted to tear it all down,” he says, his punk urgency now emboldened by a wisdom that comes with age, but untempered by this same passing of time. 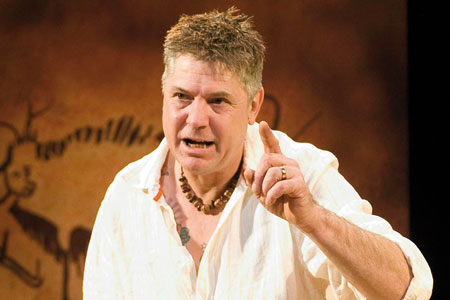 Rather, Little sees 2012 and beyond as a time for the old guard to thrive. “All the old-schoolers are coming back out of the woodwork after the Blair and Brand era, and they are finding a new audience, too – the old school has something to say to the new school,” he says.

Dismissing some of today’s youth as ‘the Twits’, brought up on a diet of Facebook and Twitter and social- and mind-distractions, it is clear he is not totally enamoured with this generation, nor his own, instead seeing people as those that think and those that don’t.

At the end of the day, The Bullshit Artist is still here to make people laugh as well, but that shouldn’t be much of a problem.  “I know I’m still the funniest bastard out there,” he roars.

”You’d be a fool to disagree, but there’s no doubt Little would relish the argument – and the fact you’re thinking for yourself.

Interview: The Cribs – the cult Yorkshire band on their new album, Johnny Marr and the Pyramid Rock Festival