Your real name, Dragan Roganovic, is so cool, why did you decide to use Dirty South?
I just wasn’t into using my Christian name as an artist name… I was told I should make a name and this kind of had a ring to it. But now it makes sense because I live in Australia, which is down south.

Are you aware that you share your name with a rap label?
Yeah, it’s a particular sound, a form of hip-hop music in America’s south. It’s a bit like calling yourself punk rock – nobody owns that genre.

After moving from Melbourne to Serbia aged 13, you started your mixing career using a two-deck tape player – that sounds very old school.
I don’t know if you remember, back in the day, you could only play one tape deck at a time. But for some reason, with this particular model you could play both decks at once. It was like a mixer and I was recording my cassettes to another tape player, then taking the tapes to listen to at school.

The sound quality must have been rubbish – were you over the moon when you got your first proper mixing desk?
I remember renting out a CD console once, just to see how it would feel to do the real thing. It’s pretty crazy to see what it’s like to really mix after using a tape player.

In 2006, you won Pete Tong’s Essential New Tune Award for Evermore’s It’s Too Late. Did that put you on the map internationally?
Yeah, everybody listens to Pete’s show, six to seven million people around the world. When people discovered me through my Evermore track they went through my back catalogue and the word spread. It started as a little bootleg that I wouldplay at my gigs, then it grew legs and the rest is history.

You have an ear for remixing songs that you wouldn’t think lend themselves to making a good club track, like The Door’s This Is The End.
This is the music I grew up with – I really like The Doors. I guess when you know tracks you know what to do with them; I was able to rework it into a house track.

With Phazing, how much did you have to pay to use the riff from Harry Nilsson’s Everybody’s Talking At Me?
We didn’t have to pay the record label because someone else did the guitar parts from the song, it’s the way to do it. Basically you pay someone a little fee. It’s a reproduction company – then all you need to do is clear the publishing with the writer.

Have you got anything special planned for SW4?
I definitely have some new edits … for almost every individual show or festival I try to do new things – there’s always some new weapons.

Do you have a favourite festival?
I just did two really cool festivals in California: Coachella and Electric Daisy Carnival. The vibe was amazing – I’ve never got such a response from a crowd before. Electric Daisy Carnival was the biggest thing I’ve ever played… I think there were sixty to seventy thousand people in front of me. It was mayhem. It leaves a big mark in my head. 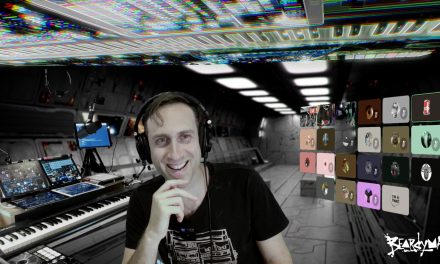