Your new show Shaking Hands With Danger tells of a fateful day in Finland. What happened?

The fateful day was actually at night. It was my last night after what felt like a long tour in Edinburgh, and I just chose to have a little sojourn to Helsinki with some friends that lived there. It was a great holiday and a great mistake. There’s really only a couple of themes in this show and if I give away too much it won’t be so good for those who see it.

So I’ll just say I had a relationship with a very good, beautiful person and on that fateful night I had sex with a slightly bad, beautiful person that wasn’t my partner. There’s more to it, but if I didn’t do such a thing there wouldn’t be a show.

Do you feel remorse for your infidelity?

I do feel remorse for what I’ve done, but rather than wallow in it I thought there might be some value in showing it to others. It was a few years ago, that act, and as time’s gone by I think I might actually feel worse about ruining that relationship in such a way, or maybe even breaking that one’s heart. We still talk, though, and I even had to get her permission to do this show. Which, over time, she gave.

How did audiences at the Edinburgh Fringe festival take to it?

It was always going to be interesting doing Edinburgh this year because the last time I was there was in 2010, which was the same year that I flew to Finland and did ‘the thing’. Audiences were mostly great, and despite being on at 9.45pm, the Friday and Saturday nights contained hardly any dickheads – even they seemed to listen to this story.

There was one night when one girl hugged me, bawling, and asked me distraught questions about it. There were others when people just wanted to leave because it was hot or they were busting for the toilet or they “wanted jokes”. Different shows had different feelings, despite me trying to do the same thing night after night.

Did you enjoy the Edinburgh Fringe?

I love Edinburgh as a place but as a festival I think it should start shrinking. Or it should get so big that all people on earth, over time, become comedians and the festival can then be seen from space.

Do you enjoy pushing people’s buttons?

I do enjoy it. I make it hard for myself deliberately when I write material, and that’s great, but it can still hurt the soul when I perform that material to people who’d rather take the stag elsewhere.

When did you decide to be a stand-up?

Since I was young I’ve always loved stand-up comedy, but I always thought I wanted to be an actor. It wasn’t until a lecturer at university suggested I perform a thing as a stand-up [routine] for the end of term requirement, because she knew I liked comedy. So I did, and they laughed and I went from there. Afterwards I remember thinking, “I could do this to paying strangers,” which is a terrible thought, but that’s what I now do, among other things.

Lots of Aussie comedians are breaking through right now, such as Sam Simmons, Matt Okine and Ronny Chieng. What is fuelling this fruitful period for Oz comedy?

I love all those men! I don’t know what has caused this recent spate. I think there’s been great comedians coming to the UK from Australia and making great comedy for many years, but there does seem to be a solid chunk of them right now. Flights might be cheaper? Or maybe coming to the UK and trying it out is just something that we do more now than comics did 20 years ago. In Australia, I think people like Greg Fleet laid the groundwork for the young ladies and men that are good and transcend where they come from.

You’re a big fan of Guns ‘N’ Roses – what exactly is their neverending appeal and what do you make of the recent pics of ‘fat Axl’?

I’m glad you asked. I know it’s rather uncool to give thanks and praise to Guns ‘N’ Roses in 2013 but they were great – they were ridiculous, messed up and rocking. Bands just aren’t like that anymore and that might be good. I think they were the last of that kind of thing and I like it. I’d go on about it, except a man named John Jeremiah Sullivan wrote a great essay called The Final Comeback Of Axl Rose which is better than anything I could say and I implore you to read it. If you care. 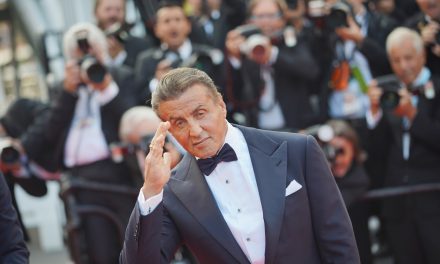