When I’m hanging out I’m always like, “That totally rocked…” And who would want to go to a show by a guy who doesn’t totally rock, like ‘Keith, who averagely rocks’, or ‘Jim, doesn’t really rock at all’?

Yeah, totally. A lot of people call me rock ‘n’ roll because I ended up marrying my gal after three months of knowing her on a Fear And Loathing-style trip in Las Vegas.

Then I had kids, at which point most people would have quit comedy but I kept going, and partied through to 40. I looked back on the stuff that came out of it and it’s been eye-opening – I realised I just liked having fun, so the show’s about that.

What else have you learned?

That having an addictive personality has got me into trouble. People think that just means drugs and alcohol, but it’s more than that. You should see how much shit I buy.

I buy records all the time, I have three TVs, a wooden Buddha. I have 22 pairs of pants – I’m worse than a woman. My whole philosophy is I’m only on earth once, I might as well buy everything!

Is the wife competitive?

We are definitely in competition, no doubt. But I gain an inch on my waist every five years so I’ll need to sell those pants at a jumble sale soon.

How is touring for the married man?

To tell you the truth, it is the one thing that saved my marriage. If me and [wife] Trude were in the same room 24 hours a day, you wouldn’t be talking to me right now – there were times when I was home for three weeks and she wanted to kill me in my sleep.

Does she mind featuring in the show?

There are things I have to ask her: “Do you mind if I talk about your vagina on stage?” But she’s pretty cool with it. It is based on truth, then you exaggerate it.

She doesn’t want to edit the material too much then?

No. Comedy is about tragedy – if there isn’t a victim, there’s nothing to laugh at. A lot of the time people feel they’re the only ones going through something, when they’re fighting with their gal.

They think everyone has this perfect relationship – which is bullshit. When I talk about it, they aren’t just laughing at the joke but the recognition in their own lives.

And it makes me feel comfortable too! But when a line doesn’t get a laugh suddenly I feel very alone. 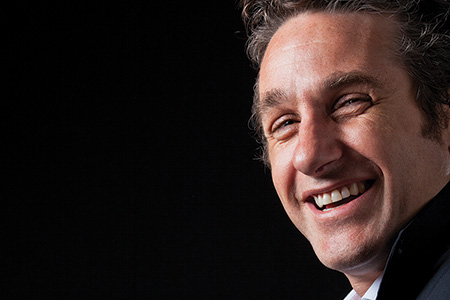 What have you learned about your life?

We went and saw Shakespeare’s Romeo And Juliet. It’s called a love story but it takes a long time to love somebody. I see it as more of an infatuation.

Romeo got to die a year into his relationship – he didn’t have to live through love, which is hard, man!

Would I have loved my wife more if she’d died a year into it? Do you think she would have loved me more with the fantasy of what I could have been, versus what she has lived through?

You live in Edinburgh now – how did your relocation happen?

It’s a comedy of errors that’s got me to this place. We were hanging around in [native] Canada when friends said: “Come to England – they’d love you.” And people did, they wanted to book me for six months in a row which is unheard of in Canada.

Did you start out in London?

Yeah, for six months and then we realised how expensive it is. So we moved to Wolverhampton [in the Midlands]. Then when going to the [Edinburgh] Fringe all we could get was a six-month lease, so we thought it might be a good time to move to Scotland.

How do you feel about your new home?

I love it but Scotland lacks colour. When you walk downtown there’s these really cool, old grey buildings. You are thinking: “Did someone put any red anywhere?”

You were on Soccer AM last year – do you have an adopted football team?

I don’t have a Scottish team but I do like Wolves [Wolverhampton Wanderers] – they make me howl. But I never get to see them play as they’re not good enough to be on TV!

But having teams going up and down [between divisions] is exciting. They should do that in ice hockey, where instead they just have a billion teams all in the best league! 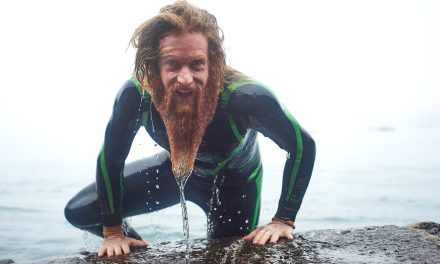