You played to 250,000 people in Paris last month at Le Mans racetrack – how did it feel?

We were stoked to be invited for this huge opportunity. We were seen by a promoter for the event in Normandy on our last European tour in February. We told him we wanted to scalp the audience with our volume, the next thing we were on our way to playing in front of record crowds with Earth, Wind & Fire in France for the 90th year of the Le Mans car race. It was a truly mind-blowing experience.

They dig their raw and meaty guitar riffs. They have to be one of the most appreciative crowds of rock music in the world, and their cheese and booze is not bad either.

And they’ve tagged you as “the next AC/DC” too…

AC/DC are one of the most legendary Aussie rock ‘n’ roll bands of all time, so you can imagine we have been pretty fucking stoked to hear this across the media. Rock ‘n’ roll is far from dead! 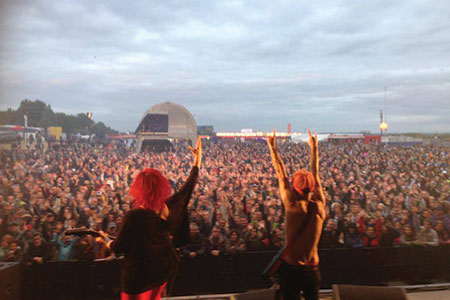 You played with Patti Smith too – did she live up to your expectations?

She is everything you could have imagined and more. Her voice is so wildly strong and she rocked the French to hell and back at this show. She just oozes with strength and creativity. It was a truly inspiring performance.

You played your first stadium gig in April on the same bill as Billy Joel – how did you find big shows like that?

The music we play was built for stadiums. Next time we would probably bring even more lighting and pyrotechnics with us. And it was a true honour to be on the same bill as BJ.

You have often spoken about how you talk as a band before you go on stage – what do you guys say?

We like to clear our heads away from everyone else, huddle in silence together, and begin to put ourselves inside the rock and transform into one entity. Sometimes we might get audience members to rub oil on our bodies, too.

You’re playing the legendary 100 Club this week – how does it feel to step out onto such an iconic London stage?

The band are super pumped – we’re big British rock invasion fans and know we will be standing on the same stage that The Rolling Stones, Metallica, Sex Pistols, The Clash, and even Louis Armstrong have graced. We’ll be soaking up the energy as soon as we walk in the door and will be hanging to spill some blood and sweat on that sacred stage. 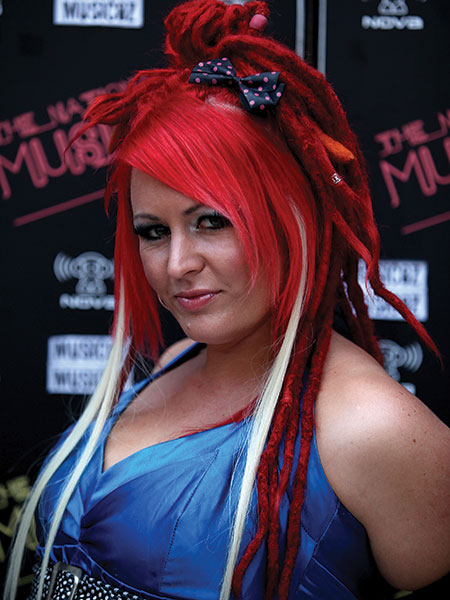 What has been the best moment for you on this recent visit to the northern hemisphere?

Opening for both Patti Smith and Earth, Wind & Fire were both mind blowing experiences. They’re both real musicians. And also our guitarist woke up in Germany after a show in Paris, which was a pretty epic story but you’ll have to talk to him about that one.

Your sophomore album Sound Painter came out last October – what personal experiences did you draw on?

All of my lyrics over the years have come from true-life experiences. It’s always been a great therapy to write about the things I have struggled to deal with emotionally to help light my way home. Before I wrote the album I went through an incredibly heavy break up – we’ve all dated dickheads before and I picked a doozy this time.

This ended up giving me some great material to write about, though, and the album is riddled with it. Having a positive outcome is always important to me, as I think everybody needs to be inspired by hope. Without hope you may as well hang yourself.

I think our benchmark was when we completed All My Love, every song had to stand up to the strength of that. When every member gets goose bumps the song gets the OK. Otherwise it’s back to the drawing board.

If you could play with any musical legend who would it be?

Musical goddess [Sixties and Seventies US funk singer] Betty Davis gets my blood totally pumping. She broke musical and lyrical boundaries that weren’t even considered in those days. She howled, she growled, she arranged, she was a great song writer and shaked her arse hard during the process. Being dangerous and unpredictable is what gets me excited. It’s the foundation of rock ‘n’ fucking roll. 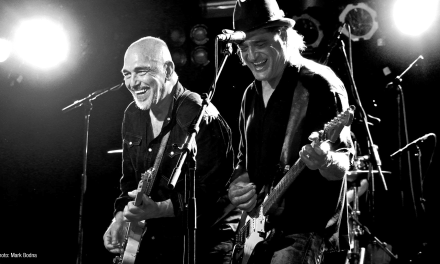 Interview: This Is England ‘88 star Joe Gilgun on why he should be in rehab, burying his cat, and why he can’t work Macs