He’s told stories of disabled friends going to brothels, putting vibrating eggs up his arse, and being punched on stage.

And finally Australians have warmed to him, as his tour earlier this year proved.

TNT was lucky enough to catch up with him ahead of his UK tour later this month.

Hey Jim, how are things? Mate, TNT last interviewed you in 2012 and since then you’ve become a dad. Has that calmed you down a little bit?

Not really but the hangovers are definitely worse when there’s a child tapping you on the forehead at 6am (laughs). It hasn’t changed my comedy as such, if that’s what you mean? People think that just because you’ve had a kid you’ll suddenly become Ray Romano – that isn’t how it works. It’ll never happen!

Yeah, of course. There are slightly less one-night stand stories and I’m becoming slightly more political than I used to be, I guess, but it I write whatever jokes come to me. I don’t set out with an agenda in my stand-up where I have to do so much about religion, so much about sex, or whatever – those things get in my show because they’re things I think about I guess.

Who gets it these days then?

(Laughs) There’s quite a bit of anti-gun stuff and I bash the American a bit. There’s a little bit of religion as always and I poke fun at my girlfriend and child – that’s in there. And there’s a bit of name dropping and stories about being in Hollywood and going to parties and that sort of thing.

So Jim, let’s talk about your Oz tour. How was that received? For a long time you most people here hadn’t even heard of you. Has that changed?

Yeah. I’m as popular if not more popular in Australia now. But I don’t know when that happened. A few years ago I couldn’t sell a ticket and on that run I sold 6,000 tickets in Perth, so I guess they like me now, huh? They must have got the internet or something now (laughs).

Still drink in the show?
Erm… It is a bit of the luck of the draw. Some people love me drinking up there, others hate it. I try not to do it too much.

Do negative reviews ever bother you?
No, you have to take the good with the bad in this world. You can’t be the type of comic I am and expect everybody to like you, either.

Let’s talk about your US TV show Legit. Much to TNT’s disappointment it was cancelled but there’s talk of a movie?

It might happen. That’s a whiles away though. Now that it is cancelled it’ll probably be seen by more people on Netflix or what have you. So I have to see how the show ages over the next year and whether there is a want for a movie.

Was the cancelation a surprise?

We weren’t doing that badly so yeah. We weren’t the worst rated show. We weren’t the best rated either. People seemed to like it. I’m not sure really. Maybe the head of the network didn’t like it? You don’t really get given a reason. The critics liked it and it did well. I don’t have regrets.

Is TV something you’ll do more of?

Yeah but from idea to getting on TV is probably a year and a half if you’re fast. I’m working on the long game like that. I have an idea which is pretty good. I’ve written the pilot and I’ll be ready to sell it as soon as I’m happy with it.

Earlier on you mentioned America. You live there now. What’s that like?

Well it’s sunny! The weather is nice. I have a big house. But I can’t walk anywhere. There is no local pub to go to!

Has LA and living there changed your comedy?

No, but I sometimes treat things with kid gloves a bit more because they’re more sensitive here. I say the same jokes but I try to cushion them in (laughs). I think funny is funny – that doesn’t change the world over. Obviously there are different reference points depending on the country you are in, but nothing much changes.

Interview with The Wombats

Interview with Gypsy and the Cat 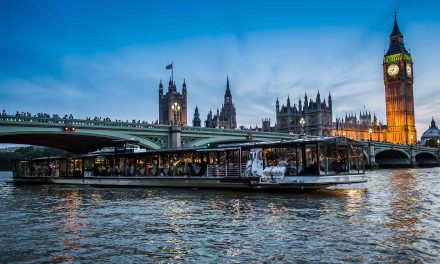