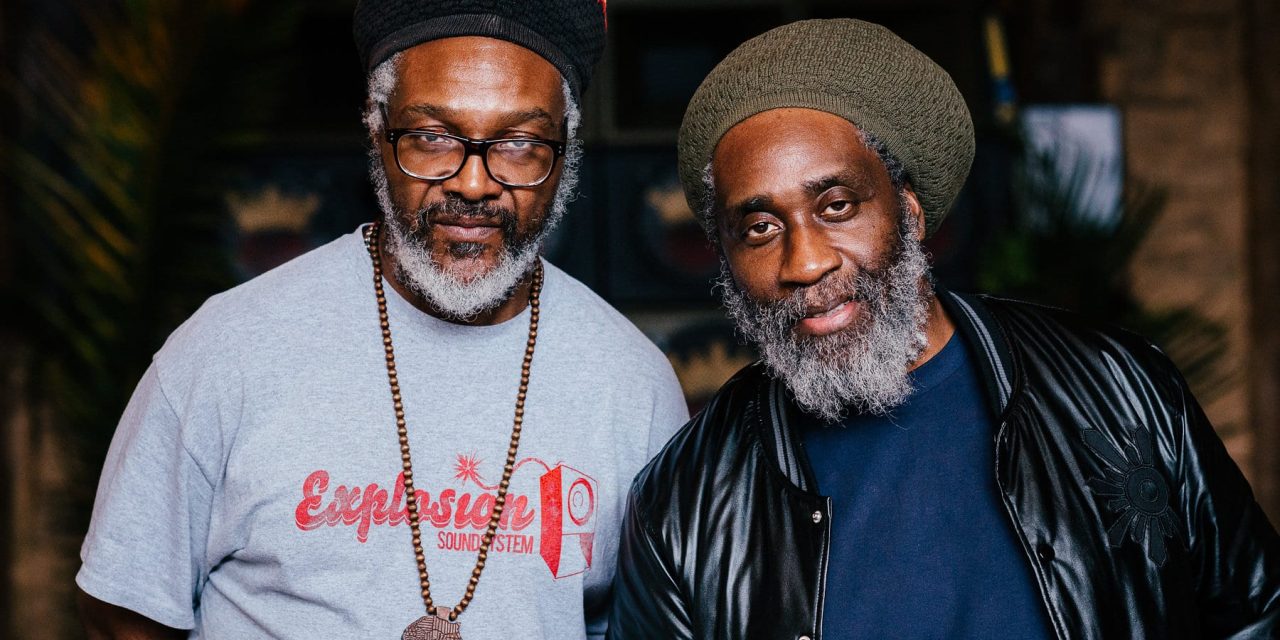 If you’ve ever been to the Notting Hill Carnival then there’s a pretty good chance you’ve already been accustomed to the world famous Channel One sound. Not just a huge sound system comprising of massive 18” scoop speakers and oodles of bass, but more a music selector who has kept his finger on the pulse of roots reggae and dub for over three decades. This selector is none other than Mikey Dread. Mikey grew up immersed in sound system culture having been indoctrinated into the world of pre-amps and home-made speakers by his father who ran the legendary Admiral Bailey Sound system. Mikey has always wanted to share his reggae selections and bring a positive message to as many people as he could, and has toured the world spreading his vibe. We caught up with the man himself while on tour in New Zealand…

How’s the tour going so far?

I played Melbourne, Byron Bay and Sydney last week and it was jam packed. The promoter didn’t know where all the people came from! There’s a big sound system culture and reggae music in Australia and we brought our sound out to represent UK sound system culture.

I’ve been playing Notting Hill for 35 years, and we’ve been doing things way before then. We’ve been running a sound system for 40 years.

What can you say about the evolution of Notting Hill over the years? Do you think it’s become more rife with crime lately?

It’s free which means anyone can go in. This is the only event of it’s kind other than Rio. If it wasn’t free then there would be more control of the people who cause trouble. Channel One sound system is always a trouble free corner!

You’re very highly regarded as one of the best reggae and dub selectors. How do you stay on the pulse and keep playing a mix of classic and modern roots and dub?

To be honest with you, it’s the more I do it, the more it becomes easier. For one people will give you a lot of music to promote, and I weed out the good from the bad. You have to let the people know where the foundation’s from – we’ve always been about roots at Channel One. It’s not so much about the weight of my sound system but on the sounds I select. Not how heavy my sound system is, we can all do that! It’s how you use it, and push it to the people. When you have a good mix of tunes it takes people on a spiritual journey.

Vinyl is making a real comeback and some of the old stuff is becoming available on repress. But while modern roots is easy to come by it’s much harder to get hold of the old dubplates. People do still go out and buy records having heard Channel One play. That’s what it’s all about.

This is probably a good point to talk about modern music distribution, and while vinyl is making a huge comeback, streaming like Spotify is changing the face of the way people consume music. What’s your thoughts on this being a vinyl purist?

I don’t deal with things like Spotify, it’s not my thing. But at the end of the day it’s technology we have to use. Like me being used to play valve amplifiers, having to use modern amplifiers on this tour. You just have to use what’s there. Even down to using technology to communicate across the world. In the old days we used to go to a Coxen or Fatman session, you knew there would be old and new stuff played there that we would want to pick up and have in our record box. Kids today don’t want to wait, they want it instantly. The technology is there we just have to use it in the right way.

What’s getting you excited musically at the moment. Reggae is certainly picking up a lot of momentum at the moment and growing in popularity, and there are a lot of new artists emerging. Anything you are listening to at the moment?

There’s some good things going on. Like where I’m playing tonight, I was speaking to the promoter and owner of the club and he was saying that Dj’s on before us grew up listening to Channel One and was really excited to be playing on the same bill. That’s what it’s all about getting young people inspired and involved. There’s some good artists like Protege who were also influenced by what we’ve been doing, I’ve met him a few times and he said that what he’s putting out was influenced by a 2010 Channel One session at Notting Hill. There’s a lot of good things going on, and lots of great new artists coming up.

Do you think we are missing out on some of the sound system cultures in the UK with regulations and restrictions evolved out of the Criminal Justice Bill back in the day?

I think so because a lot of venues are closed down, you can’t just play over there, or in a church hall, we’ve gone a bit past that now. The venues are very few and far between. You’ve got have your crap sorted out right. You can’t just have a sound system and play where you want to. We bring our sound systems into clubs and big venues and that’s what we can do now.

Am I right in saying you are the only sound system in the world to have played Wembley?

Yeah that’s right, when we won the Red Bull sound clash thing, that wasn’t just a win for Channel One but for all sound systems. The big efforts were put in that night, and people started to believe in sound systems and we can go forward with this thing.

You have to take some of the credit though. I don’t think there would be anyone in sound system culture in the UK who hasn’t been influenced by Channel One sound.

It’s been a long venture and we haven’t stopped yet. We’ve got a couple of nights left on this tour, then we go back to Auckland to get to a big festival out here. Apparently, this festival sold out about a month ago. We then leave on Sunday to head back to the UK. We have this sound system thing going on at Brixton Electric on the 24th with Jah Tubbies and Black Boy Jungle and this again is a testament to people, these venues now believing in sound systems. We can now take our systems into venues like this when years ago we couldn’t. It’s been a test of time that they can now see what sound system culture does and welcome it. We do two or three shows a year there we also have village underground and also heading to Madrid there are lots going on.

Sound systems was a big part of you growing up, what’s the future look like?

We need to and want to break down more barriers and visit more countries and share music. As long as my body can take it. This has been a strenuous tour with the long travel and time differences. We are going to Mexico and Columbia. We built a sound system in Columbia in November and helped them load up the boxes. The guy who owned the sound system, when I started tuning up his set he nearly started crying, he couldn’t believe that this was happening in Bogata.

What’s the difference between a reggae sound system and a modern PA?

Reggae sound systems are all about simplicity and use valve pre-amps and no digital crossovers to separate the frequencies. This is the big difference where people use too much technology on their equipment when you get a good sound, they keep adding things to try and make it better. The pre-amp is the brains of the system, if you’ve got a good pre-amp then the sound system is singing. I always say, have a pre-amp and not all these crossovers and digital signal processors, it’s just too much. They get in the way and don’t enhance the sound. Plus it takes much longer to set up! When you string up your sound system it takes much longer rather than bang bang bang into a pre-amp. The people out there don’t give a crap what you have, they just want to hear good music. If it’s coming from a pre-amp that’s got a 3,4,5 way pre-amp that’s all they want to hear. No ones interesting what processor you have. Everybody’s different, but for me, it’s all about the pre-amp!

Have you thought about sharing your wisdom with the world and putting together your own electronics? I know people like Tubby have had some success in making pre-amps for other people?

We’re looking on doing a new website, and we have a bigger team around Channel One to help us develop. It’s no longer something you can do in your garden or back room anymore, it takes a lot to put a sound system on the road. We have a lot of things to do together. One thing I want to do is to bring Jamaican musicians over to the UK because you don’t really get that. You get a bunch of DJ’s all playing the same thing and we want to bring together the real artists and sound system. That’s what we were used to back in the day, so that’s what I want to try and reproduce. We’re also going to be pushing the sirens and will be copyrighting the sound for Channel One sirens. It’s very important that you can only do what you do with the tools you have and we’re very lucky to be in a place where we can travel the world and represent sound systems around the world. I would have never thought 40 years ago that sound systems would have brought these riches to be able to travel and make a living. I’m sitting in a hotel here in New Zealand looking out at a lush green valley. I never thought that sound systems would bring me this kind of life. It’s the seeds you plant 30-40 years ago. Rastafari, give thanks!