Just to be there – he left the 1997 tour of South Africa through injury, got told he should retire due to dodgy knees, but decided to play on for four years to pull on a Lions jersey again – was an inspiration. To score a try in the first Test victory over the Wallabies was gravy. But ask him about it now, and he’s still dirty he and his mates lost the series.

“It’s a wonderful memory,” the now Sky Sports analyst, 41, tells TNT ahead of this year’s 10-match tour Down Under.

“When you pull on that jersey, it’s special. For me, coming back after injury, the disappointment of not making the [Wales] Test side, then playing the first [Lions] Test was a career highlight. And to sneak over for a try was equally as good. But it was disappointing to lose the series, it slipped away from us. Whenever you pull on a Lions jersey you have to look back at it with pride, but that was one that got away.”

That 2001 tour was a beauty. The Brits took the first Test in Brisbane 29-13, with Quinnell scoring the clincher and a guy called Jonny Wilkinson (more on him later) clearing the posts four times to put it beyond doubt.

But John Eales’ Aussies pulled themselves together for Melbourne, winning 35-14, and the decider in Sydney 29-23 – the scores were locked at 23-all and only broken by two late Matthew Burke penalties. The heartbroken Lions had 12 years to wait to bite back – how much they care is hard to fathom for neutrals, but Quinnell says there’s no question it’s the pinnacle. 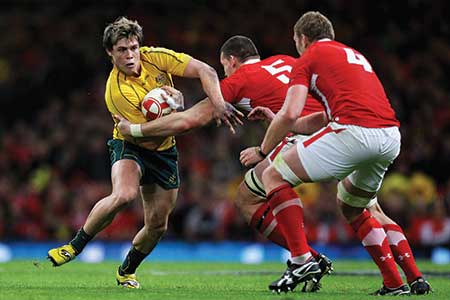 “You meet each other every four years [series are also played against New Zealand and South Africa every 12 years] and you get one opportunity to come together as a team,” Quinnell says.

“If you’re lucky enough to get on a Lions tour, you’re playing with guys you respect so much. You’re not just representing the three million in Wales but the 70 or so million in Great Britain and Ireland. It’s a very special feeling.”

Just two months ago, these sides – especially Wales and England, who make up the majority of the Lions squad – were beating each other to a pulp for the Six Nations title. And we’re supposed to believe that’s gone come touring time.

“Yes, it’s all forgotten,” Quinnell says. “When you get named, you want to get out there, you’re one of the best 37 players in GB and Ireland.” But it’s not all one big love-in, he admits.

“You have to keep your wits,” he says. “Training’s very difficult. You beat each other up in training, that’s what it’s all about, because the competition is on for a Test spot.”

The first battle to impress coach Warren Gatland ahead of the first Test on June 22 begins on June 1 in Hong Kong against a Barbarians side, in a match marking 125 years since the first Lions team travelled. The tussle for Test spots is so fierce, captain Sam Warburton (the youngest ever to lead the Lions at age 24) admits even his place isn’t guaranteed. 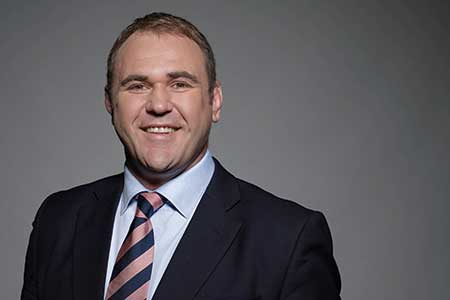 When the squad was named, there were few surprises, but two notable omissions from the 10 England players picked – England captain Chris Robshaw and Wilkinson, who despite being retired from England duty could play for the Lions. Least controversially, 15 in the squad were from Wales.

“Every player picked is good enough,” Quinnell says. “The squad tends to be dominated by whatever side is playing well, and that’s the case here. They’re playing well and have done not just in the Six Nations but for the last couple of years. The challenge now is for the 10 English, nine Irish and three Scots to come together as a team and back each other up.”

Pulling together a team from four nations so quickly, to develop combinations and chemistry but not overwork them, is a balancing act for Gatland, says Quinnell, whose father Derek played for the Lions in 1971, 1977 and 1980.

“They’re so short on time now,” he says. “When my dad was playing there were 28 games on tour and Tests were a couple of weeks apart. It’s totally changed now through the professional era. It’s about balancing all of those things.” 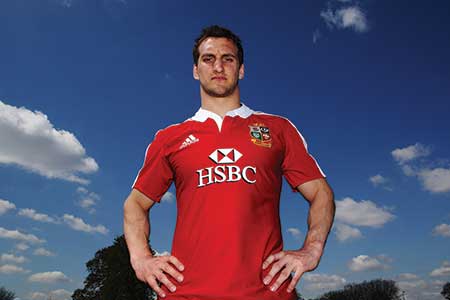 One area the Lions may get caught short is in the halves, with just two in Jonny Sexton, who’s returning from injury, and Owen Farrell. “We [could] have done with a utility player, especially if Jonny Sexton goes down, we’ll need that type of player. But the world being such a small place now, you can get someone on a plane in a day.”

No tour goes by without injuries, so omitted players like Robshaw may get their chance. “You can name Robshaw as unlucky, but I can name 15 others who could have toured but aren’t. The question is who to drop. It’s a good problem.”

Could Wilkinson, who haunted the Wallabies at the 2003 World Cup final, get a call up? “There’s no point talking about him because he made himself unavailable, and credit to him for saying his body wasn’t up to it,” Quinnell responds.

Whatever Wallabies side is named on June 3 will face a “physical and aggressive” Lions expected to trouble Robbie Deans’ likely more mobile pack and unsettled camp.

“One main thing about Australia is they have an ability to overcome and to adapt,” Quinnell says. “They have lots of players playing well in Super Rugby so they should be feeling very good about themselves. One thing they may have a problem with is not playing any games in the lead up to that first Test, so it’ll be vital that the Lions get off to a good start.” 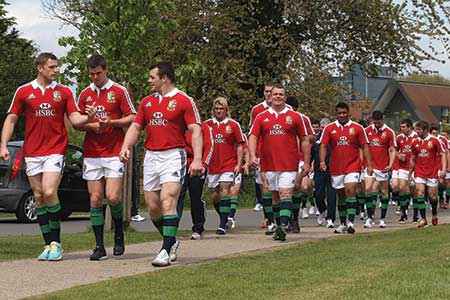 Interview with the Arctic Monkeys