“We are both fucking great DJs,” super-producer Mark Ronson modestly proclaims, speaking ahead of his Relentless Freeze Festival appearance with Radio One new music aficionado and Kiwi export Zane Lowe.

“We are entering the rebirth of the superstar DJ where kids can go out and draw as much as arena rock acts,” he continues.

“But that has to be choreographed with light shows, smoke and lasers and fucking dogs that shoot bees out of their mouths! We are the antithesis of that.”

Ronson and Lowe will be taking the stage at the Relentless Freeze Festival this weekend as DJ party-starting tag team duo A-Yo, the moniker they’ve been slaying Ibiza Rocks under for the last few years.

But they’re just one part of a stellar line-up set to blow away the crowds in Battersea. New York-bred rap legends Public Enemy headline the Saturday night, with Californian genre pilferer and sample mash-up king DJ Shadow toplining the Friday night, too.

“I’m a massive Shadow fan,” Lowe tells us. “I love that he has never been tied down by anything he has done before or by what people expect of him. He’s a maverick and a nice guy and I’ve always enjoyed seeing him play.” 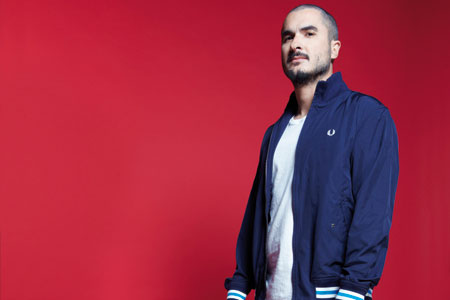 Of his ongoing partnership with Ronson, Lowe reveals: “We come from a similar musical background. He’s a hip-hop kid like me and when music influences you, you carry that through all walks of life and so that carries over in to the A-Yo show.”

Ronson agrees: “We realised we loved so much of the same stuff when we DJ-ed together in 2006 that we ended up going record for record at the end of that set and there was just an amazing energy between us, and the crowd.”

However, it’s not all about the music at the Freeze Fest. Along with the 50-odd acts playing across seven stages – which also include hip-hop pioneer Grandmaster Flash – skiiers and snowboarders from across the globe will convene to compete as part of what has proved itself a festival quite unlike any other. 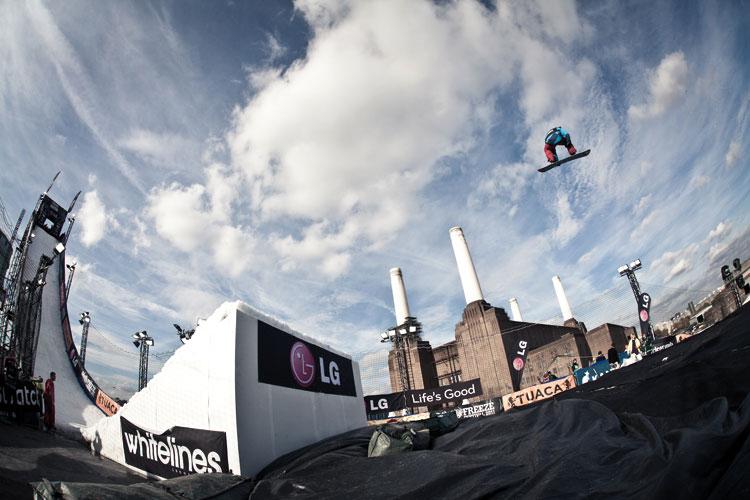 Freeze first came to London in 2008, an inner city festival of snow, ski and music that, in celebrating its fifth birthday this year, seems to have proved there was a gap in the market to be filled.

Held against the stunning backdrop of Battersea Power Station on the south bank of the Thames, it’s two days of international stars – of stage and slope – hitting the capital to entertain 10,000 punters.

Lowe insists, though, that the A-Yo set will not be taking on any kind of battle of the DJs face-off, as he often does on Radio One, or indeed as the ski and board athletes taking to the high snow ramp at Freeze will be engaging in. 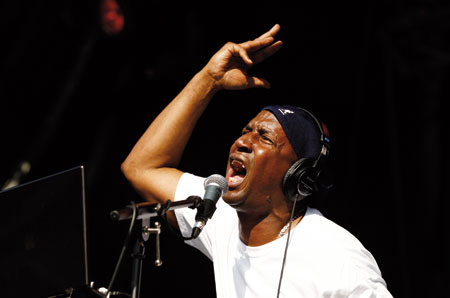 “No, we deliberately avoided that,” Lowe says. “There was talk of us doing a versus, boxing round-for-round kind of thing but we were both pretty much against that. I didn’t want to have some mock-battle thing with someone who I wanted to hear DJ.

I didn’t want to be going, ‘Boo, this guy sucks,’ when actually I wanted to go: ‘That was a good record!’. We are a duo for the same cause!”

Ronson agrees, adding: “We bring a spontaneity the way we drop it and surprise each other. That’s why I used to go and see DJs – I knew they would play that Jay-Z or Biggie record that I love, but I also knew that they’d play records that I had never heard before and surprise me, too. 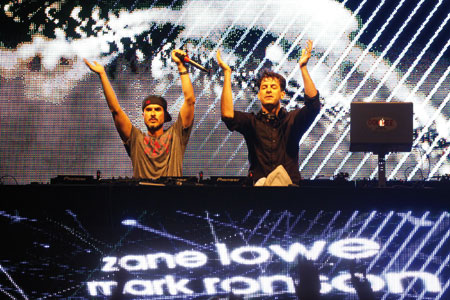 “We over-thought the first gig,” he teases of the ‘thinking’ behind A-Yo’s birth, his tongue placed firmly in his cheek.

“We were going to get up there, play good records and DJ like champions, but in my head I was all about the paranoid neuroses: ‘We need a concept!’.

“We were going to come out with boxing gloves to the Rocky theme tune, but that was the worst idea ever! So now we just wear smoking jackets.”

Perhaps Freeze Fest’s main attraction is the sheer array of events and activities spread across the weekend. 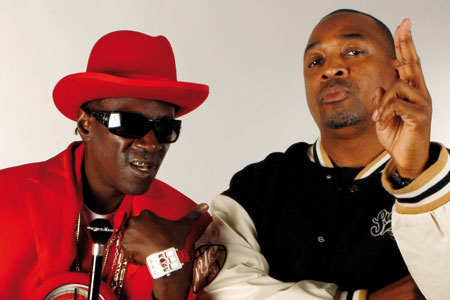 There’s a wintry market to get you in the mood, an Alpine lodge to party in, a mini film festival with three UK premieres and adventure sports shorts, a fire-side deckchair garden in which to chill out, as well as 10 bars spread across the venue. And then there’s the sporting action on the high ramp, to boot.

“If it’s not fun, then you shouldn’t do it!” 19-year-old British snowboarder Jamie Nicholls says ahead of his appearance at the show. He’s talking about his love for the sport that saw him turn pro at the startlingly young age of 16, but he could just as well be talking about Freeze Fest itself. “It’s just best to do what makes you happy.”

Nicholls will be among 60 snow and ski athletes who will be getting some air in front of the throngs over the weekend, with Freeze 2012 marking its five-year anniversary with a host of new competitions and events, too.

Free, this year, from the regimentation of FIS [Federation Internationale de Ski] regulations, there will be a Europe Vs The Rest of the World Rider Cup, and a new Best Trick Wins category, in which the invitation-only competitors will be out to nab the weekend’s most coveted gong, and to snag the title last year won by Finland’s Jani Korpi.

Add to that a host of ski and board Big Air comps held across Friday and Saturday on the venue’s 110ft-high snow ramp, too, and you’ve a recipe for high-octane entertainment. 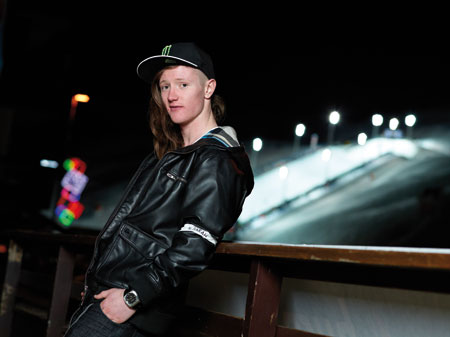 Keeping things British in this year of Team GB and Jubilee,  will be the various Battle of Britain events – the Ski Union competition for skiers and the Whitelines event for boarders.

Both events comprise the top 16 Brit competitors in their respective disciplines, and it will no doubt be in this event that Nicholls will be aiming to excel.

“I realised after school that I wanted to snowboard, travel the world, meet new people, and be part of an amazing sport for the rest of my life,” Nicholls says, reflecting on his entrance in to a sport that is unusual in a country in which there are few genuine outdoor opportunities to enjoy it.

“Coming from England, everyone from my school wanted to play rugby and football, but I wanted to do something different that no one else was doing. So when I was 16 I finished school, turned pro and started to compete.”

You don’t need to follow the ins and outs of the sport, though, to know that watching sportsmen and women career through the sky is pretty damn cool. 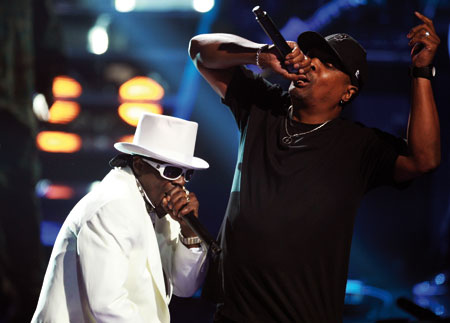 And Lowe is confident the whole shebang is going to rock. “I’m just a really big fan of music,” he adds.

“So to find myself DJ-ing with my friend Mark, before [DJ] Shadow in front of a big crowd in London, let’s get some perspective here, it’s going to be a good day!”

It’s hard not to agree with him. So get yourself down to the power station, soak up the vibes, check out the acts and athletes, and most of all, strive to watch the ones you haven’t heard or seen before. It’s going to be one hell of a party.

Interview with The Vaccines