American Stan Lee is the biggest name in comics; the only guy in the business whose name could genuinely be described as ‘household’. He’s been working in the industry he helped define since the 1940s (his first writing contribution was Captain America Comics #3 in 1941), creating characters such as Spider-Man and The Incredible Hulk that have entered and remained in popular culture. The devotion he has cultivated is such that he is the toast of the town, no matter which town he happens to be in. It’ll be London soon enough, as the 89-year-old New Yorker travels across the pond for this month’s London Super Comic Convention. It’s an appearance 40 years in the making. So why now?

“I had never been invited to a big ‘super’ con before in London,” Lee explains earnestly when we chat. “This may be my last chance. My wife, Joan, who is English, said, ‘Why don’t you go and you can tell me about it’. So I thought I would. I love England, I have been there many times, years ago, and I wanted to see it one more time.”  Rather than spurning the UK, it seems UK-based fans’ wait to meet the man in person has been because no one had previously asked him to come.  Lee, born Stanley Lieber, started working for Timely (latterly Marvel) Comics in the Forties and swiftly ascended the ranks to first editor, then its publisher, vice-president, to his current role as all-round Marvel figurehead. 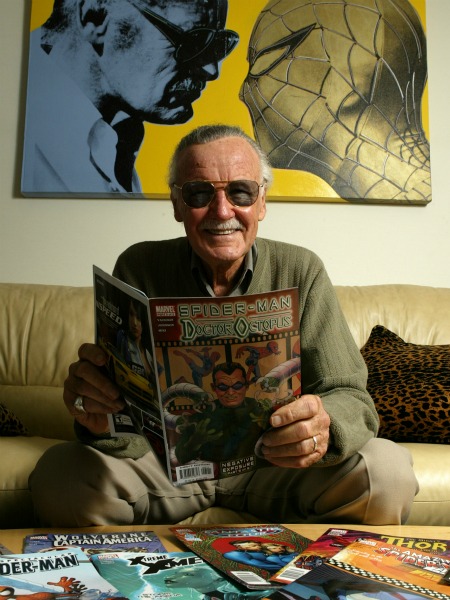 During his reign he’s seen the birth of the X-Men (brought to the screen in 2001 by Bryan Singer making an icon of Hugh Jackman and Wolverine), Iron Man, the Fantastic Four, Thor, as well as Hulk and Spidey and became a god to geeks everywhere.  It is, though, in the pop culture-laced past decade that his influence really infiltrated the mainstream, as comic book movies, many of these Marvel properties and most featuring cameos from Lee, stormed the box office. Explaining the rise in popularity of Marvel’s characters and stories is simple, he says – it’s all about the power of the storytelling.  “When you are young, you love to read fairytales about giants, witches, goblins and magic,” Lee says. “As you get older, you stop reading them but you’re never too old to love those larger-than-life stories – and then along came superhero comics: fairytales for grown ups.” 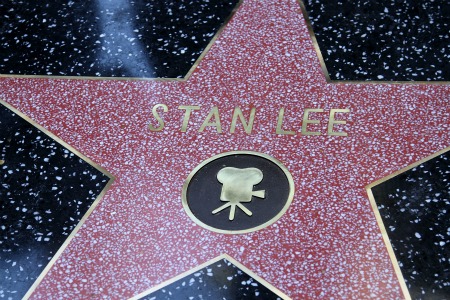 The convention scene, with which Lee has been involved since it began, represents the coming together of fan and author; the craving public and the people behind the stories, characters, and films it loves. It’s a big business: entrance fees are high and popularity is unparalleled. The scene, though, has changed dramatically over the years. “Now, they’re more than just comic book conventions. They’re tied to movies, with actors often there, making it even more exciting,” Lee says. “Years ago, it was mostly young children, occasionally an adult if the kids were too young, but today it’s mostly adults who grew up enjoying comic books and it stayed with them.”

For the adults still very much in tune with their inner child, London Super Con offers much: a plethora of comic book artists; Q&A sessions; a panel on legendary British comic house 2000AD; IDW publishing making their UK con debut; and a Lee-hosted career retrospective.  “Most other events have comics in their title, but only a small proportion of their make-up devoted to it. We put comics at the forefront, with a guestlist of UK and US artists and writers,” Super Con spokesman David Montieth says. 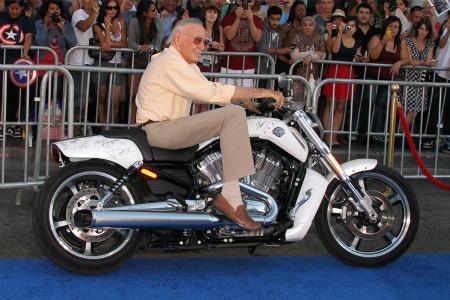 Chief forthcoming exports from the Marvel-verse, about which Lee is sure to be pumped by fans, are this year’s big-screen adaptations of The Avengers (Apr 27) and The Amazing Spider-Man (Jul 4).   The Avengers brings Iron Man, The Incredible Hulk, Thor and Captain America (all previously introduced with their own origin-story movie) together in a tag-team extravaganza – a business model that has scared rivals DC Comics – upon which Marvel Studios has a lot resting. So who better to get behind the camera than comic book nut and Buffy The Vampire Slayer creator Joss Whedon? “He’s done so much great TV stuff,” Lee says of fanboy fave Whedon. “You either know how to do things that people want to watch or you don’t, and Joss really does.” 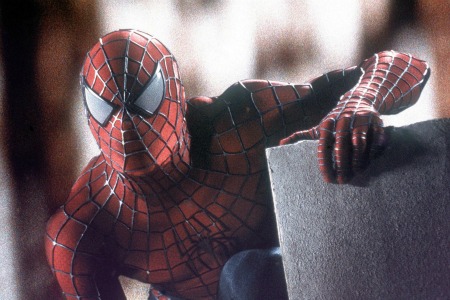 If The Avengers poses a pivotal moment for Lee and Marvel Studios, The Amazing Spider-Man is equally as ambitious, not least because of the highly successful Sam Raimi take on the character began in 2001. One short trilogy later, though, the Tobey Maguire-starring version was canned, and the appropriately named Marc Webb (500 Days Of Summer) brought in as helmer for the back-to-basics (and back-to-school) reboot. In stepped Brits Andrew Garfield as Spidey, with Rhys Ifans as his nemesis, The Lizard.  So how does Stan feel about having a British duo at the heart of this US-born tale? “I love British actors. I wish I were British,” Lee enthuses. “When British people talk it sounds more impressive than when Americans talk. Everybody was worried about Garfield. How could he replace Maguire? But he brings a whole new feeling to it, the way Parker ought to be but with a different take on it. From what I have seen, the public will love it.” 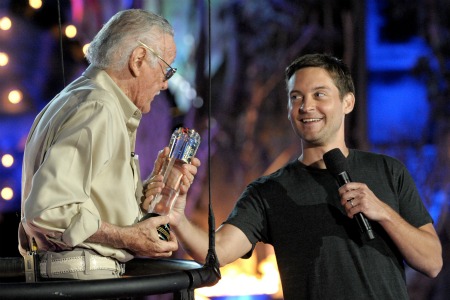 Lee’s stories have always had a family-friendly, moral sensibility, something which he attributes to his desire for his stories to be enjoyed by grown ups, kids and families alike. Both Avengers and Amazing Spider-Man, though, face stiff competition this year: Christopher Nolan’s The Dark Knight Rises has Batman – a DC Comics creation – back on the big screen. However, Lee, as much as a fan as he is of Batman, is not worried by this cinematic dual.  “When you are doing a movie, you are competing with every other movie being made,” Lee says. “Batman is damn good – but it is darker than what we are doing.” Are there any characters from the opposition Lee is jealous of? “I would have liked to have created everyone which was written,” he says nonchalantly. “I did a series called Just Imagine… with my version of Superman, Batman, Wonder Woman and Green Lantern. They sold well but they can’t make movies of those, too.”

Not yet, but with the ever-expanding wealth of comic book characters venturing on to the big screen, the thought of Spider-Man and Batman going head-to-head in the same film might not be so far-fetched. The idea of yet another feather in his cap, another of his ‘creations’ going cinematic, would make Lee proud, no doubt. z