Interview: The Cribs – the cult Yorkshire band on their new album, Johnny Marr and the Pyramid Rock Festival

And yet, the Yorkshire band have always flown a bit under the radar here in Australia. Comprised of three brothers: twins Gary (vocals and bass) and Ryan Jarman (lead guitar and vocals) and younger brother Ross (drums), The Cribs have, for a number of years now, been a huge deal in the UK. In 2008, they were labeled “The biggest cult band in the UK,” after releasing perhaps their best known album, Men’s Needs, Women’s Needs, Whatever in the same year.

The band started as a recording project for the brothers in 2001 when Gary and Ryan set up their own analogue studio in an ancient mill in the north of England and recorded and produced their first demos. This hands on attitude was inspired by the punk rock movement in the late 1970s and has, in a sense, come to define The Cribs sound.  Yet as Ryan Jarman explains, it is not an image thing for the band so much as it is just a matter of convenience.

“We absolutely do stick to that punk ethos still, but not for any dogmatic reasons, it just makes more sense that way. Those are the ethics that were instilled in us when we were growing up. Gary and I kind of grew up in that sort of Fanzine culture and we’ve always tried to eschew all that rock star bullshit.”

This is a band who, at the very beginning, would pack all their gear into a van and drive up and down the UK offering to play warehouses and house parties for free just to refine their craft and spread the word. It is clear by talking to Ryan that he is a man without pretension and is very reserved when it comes to talking about himself. When asked how long he has been playing the guitar for he pauses and says “Oh, I dunno, maybe since I was a teenager. I never really learnt properly though, I try not to be too academic about it.”

This from a man who has stood shoulder to shoulder on stages around the world with one of alternative music’s most celebrated lead guitarists – former Smiths legend Johnny Marr for four years. Combine that with the evidence of Ryan’s work on The Cribs’ newest album In the Belly of the Brazen Bull proves – if nothing else – that the guy can clearly play a guitar. In the Belly of the Brazen Beast is arguably the clearest summation yet of what The Cribs are really about; this is guitar driven punk-pop laden with hooks and catchy choruses. 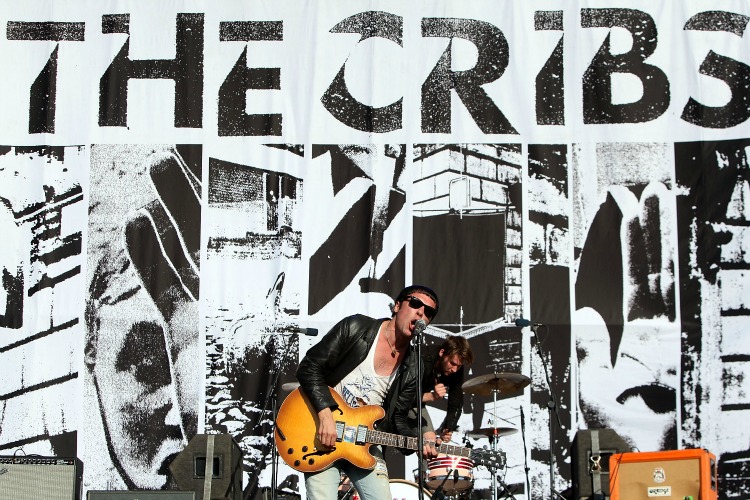 The Cribs rock Reading Festival in the UK (Getty images)

Album opener Glitters like Gold has fuzzy distortion and rounded edges, whilst lead single Come on, Be a No-One struts and swaggers its way through two and a half minutes, pivoting unashamedly around the brash call to arms for the faceless proletariat that gives the song its name. It doesn’t matter that the verses in this song don’t really go anywhere – you could hang half a tonnes worth of prime steer carcass off the hook. 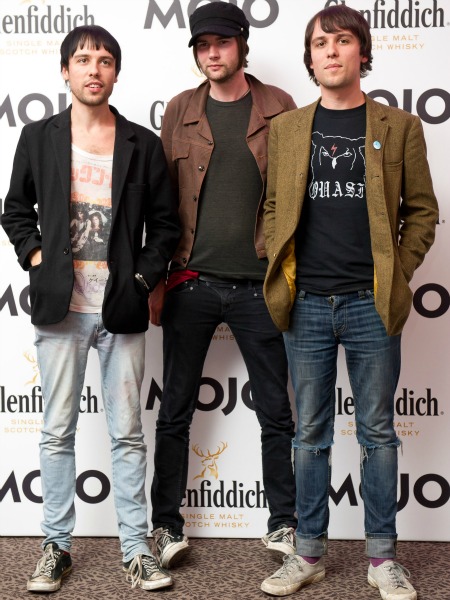 Whilst the music might sound, at times, kind of shallow (if that’s the right word) the lyrical content of the songs, in some cases at least, came from dark places. On face value, the song Chi-Town is a fairly unremarkable three-chord punk banger, and yet on closer inspection proves to be much more than that. Written by Ryan, Chi-Town details a story of love lost that he had not felt comfortable discussing, let alone writing about, for the best part of a decade.

“The song is about a very great regret of mine, I was supposed to move to Chicago a long time ago and marry this girl but it didn’t work out,” says Ryan, speaking honestly about the experience. “That’s what punk rock is though, it’s all about emotion. Why can’t a love song be short, fast and loud? Why does it have to be quiet and slow?”

It is a very consistent and coherent record, remarkably so, in fact. Along with producing a song on the album themselves, The Cribs ended up using tracks from sessions with two producers, Steve Albini of Nirvana and Pixies fame, and David Fridmann whose producing credits include Pinkerton by Weezer and The Soft Bulletin by The Flaming Lips. They also started session work with former Queen producer David Richards, sessions that, in the end, were abandoned.

However, when asked whether or not working with so many different producers and in so many different studios around the world was a concern for the band at the time Ryan Jarman insists it was a deliberate choice.

It was the sessions with Fridmann that seem to have proven the most fruitful as nine of the songs from In the Belly of the Brazen Beast emanated from the band’s work with the American producer in New York State. “He’s very, very open,” said Jarman. “In the studio he’s just like ‘do what you want.’ It was all about using sounds that you never hear, using different pedals and stuff.”

The freedom afforded to the Yorkshire lads in the studio does come across in the album, it is a slightly less sonically polished album than their last effort, 2009’s Ignore the Ignorant, but it doesn’t suffer for it. If anything, it actually makes the album sound stronger and perhaps a little bit more honest. Armed with their new album The Cribs will be visiting our shores early next year playing the Pyramid Rock Festival in Victoria as well as a few shows on the east coast. With Come on, Be a No-One getting plenty of love on Triple J, The Cribs stocks are surely set to rise in Australia. So, if The Cribs haven’t surfaced on your radar yet, it’s best to take note now and get on board.

Interview – Melic: With the NZ rockers’ debut An Hour To Anywhere due out, their time is now