It’s been five years since your last London show…

I booked this tour three times and pulled out because some things got heavy in Australia.

I can’t believe it’s been so long. I did seven days at Ronnie Scott’s and I should have kept coming over to build it all up, but life got in the way. I have a new album now to add to the old Whitlams’ stuff, so long-term expats will get both.

I’ll love the 30 per cent Brit accents at the merch desk.

What sort of show can we expect?

I’ll play songs from all seven albums and I’ll also tell some racy little showbiz vignettes about getting songs on the radio in Australia.

One of those involves stumbling into Gough [Whitlam, former Aussie PM after whom the band was named] and [his wife] Margaret’s 65th wedding anniversary with a radio programmer, which was the greatest luck of my lucky, lucky life.

Will your recent solo album Australian Idle be a focus, too?

Absolutely. The engineer of the album just got nominated for Engineer of the Year in the ARIAs [Australian Recording Industry Association Music Awards].

It’s between him and Gotye apparently, so I’ll see how the songs sound without a well-engineered soundscape – just me and the piano.

How about your Two Little Boys cover?

I was asked to do a version when Rolf [Harris] was inducted into the ARIA Hall of Fame a few years ago.

My version is so different to his that I hope it stands on its own. Rolf is a force of nature – I love him and everything he’s done.

How will the show compare to your recent seven nights with an orchestra at the Sydney Opera House?

The Union Chapel show will be just me on stage. The [Opera House] Concert Hall under the sails was 90 people [the Sydney Symphony Orchestra], some of whom had been playing their instruments since they were in the womb.

Composer Peter Sculthorpe’s arrangements were lavish and surprising and there was a grand piano in the dressing room.

I got to annoy all these classical musicians, and sit in the middle of that grandiose sound. It was like being hit in the head with a velvet hammer.

What are the benefits of taking to the stage as a solo performer?

Eternal Nightcap has also been voted the 17th best Australian album of all time – how does this recognition sit with your early aspirations as an artist?

No one dreams of such recognition, but luckily, life can surprise. I am indeed proud of the accolade, it means the songs moved people.

Triple J in Australia played so many songs from the album that it became a soundtrack to an era for many people. 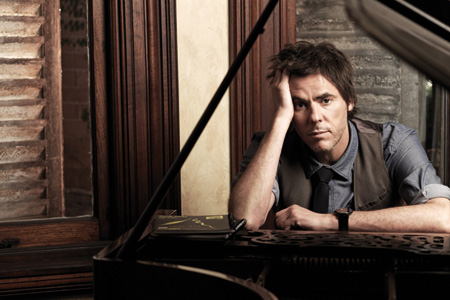 Does it feel like an album from a different time now?

The album was about how much friends mean to each other. I still write about that, but when you’re in your twenties it has so much more drama than later in life. It all seemed so damn irrevocable.

What has been the strangest gig you have ever done?

Gough’s 85th birthday party, though that was strange in a good way. I got a loan from [Australian politician] Graham Richardson, a threat from [former Prime Minister] Paul Keating and a kiss from [Leader of the House] Anthony Albanese.

There was the 1972 cabinet, youth, truth, beauty, red hair, no hair, awkwardness and impunity all in one room [he paraphrases his hit No Aphrodisiac]. Unfortunately [former Deputy PM] Dr Jim Cairns had already left the building.

What has been your weirdest on-stage moment?

Half the stage collapsed once. Stevie [Plunder, original Whitlam who died in 1996] emerged from the ruins and said: “It’s just a bad stage I’m going through.” We had to give him that one.

What’s the most common misconception about life as a musician?

They ask: ‘What do you do all day?’ They seem to think it’s the only trade in which you don’t need to do research and development. Also, they think we get laid a bit. It’s actually all the time.

Which new artist has most impressed you recently?