Hard Dance hero Alex Kidd knows his trance from his techno and that Fraser Island is one of http://www.tntdownunder.com/article/2437918549.html[Australia]’s top stops. Unfortunately, he doesn’t know how to slow down or stage dive.

What is it about the Hard House/Techno genre that keeps you coming back?
Well, at first it was the people and the vibes, spending time in hedonistic asylums seemed to have a ‘more-ish’ effect on me as a kid and I really felt the escapism that I had long desired. Then the music bug infected my brain and it was a refreshing change to all the over-hyped dull Trance I was being subjected to on a weekly basis at the time. I suppose now that I’ve come through the ranks and I’m a bit more established, the whole scene has now become a way of life that I would never turn my back on.

Can you briefly describe the difference between Hard Trance, Hard House and Techno? With all due respect, it goes over us indie-kids’ heads.
OK. Hard House literally began life as the tougher-edged house music back in the early days, when the genre hadn’t even been pigeon-holed yet. Then it took a whole new direction with the formulaic introduction of ‘off beat’ bouncy bass-lines coupled with hoovers and horns. As the scene grew and the old styles began to sound stale, elements of Trance and Techno were thrown in to the mix by the more discerning producers. Having melodies and riffs alongside intricate percussion and forward-thinking arrangements breathes a whole new life into the scene and that’s where it starts to fraction off into lots of different sub genres. I can now play really hard Techno or Dutch-flavoured Hardstyle in my sets, but I class it all under the same banner – Hard Dance!

What kind of speaker system is in your car? I can only assume it’s heavy…
I recently purchased a quite fancy Sony head unit and I’ve got a mean JBL sub for the boot, but then I clocked up too many points from speeding and now I’m dealing with a driving ban, which isn’t great.

You’ve been to Australia before. Any ‘must dos’ you can recommend?
This will be my eighth visit to the land of Oz and with so many memories it’s difficult to narrow it down, but if you get the opportunity then I’d say Fraser Island is a must.

You recently threw a ‘Back 2 School’ party in York. Were there uniforms and all?
The promoter of the event was also DJing and he came on the decks fitted out with a headmaster hat and gown. He looked like a complete weapon but I suppose that adds to the fun of it all!

Dare I ask about disciplining?
Ha, well I had another gig on that night and I had to shoot straight off after my set so unfortunately I didn’t get the chance to spank a few of the naughty schoolies, next time though!

Where are your favourite destinations and why?
For DJing, Ibiza is always a favourite because the atmosphere and spirit on the island is immense. Another DJ hotspot for me is in Amsterdam, Holland, where the cream of the crop of the dance music scene is in full force. I like to visit Ireland as well – loads of cool tourist spots in both the north and south. Oh and before I forget, Canada is another wonderful place that’s well worthy of being on the list. The problem is though, when I go to all these exotic locations, the promoter often has me in and out the city within 24 hours, which doesn’t leave me time to get my camera out and be a tourist.

What’s on your iPod we mightn’t expect?
I like a lot of Hip Hop and Drum ‘n’ Bass. I’ve been getting quite into some of the minimal and Electro stuff out there at the moment. I suppose having ‘The Best of Prince Hits’ collection on my iPod won’t earn me many extra Hard House fans though.

What can we expect from your Aussie shows?
I’ve been hectic in the studio with lots of new ideas and projects so I will definitely be road testing those out on the Aussie crowds. My last show in Melbourne resulted in a near death stage dive – it was a massive adrenalin rush at the time but my neck was totally done for the day after! 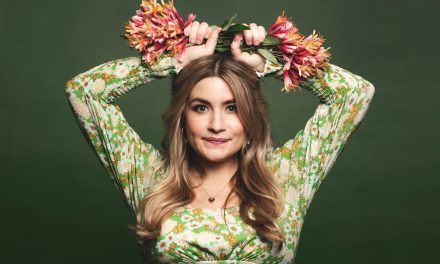