“I’ve dropped about 30,000 in the last couple of days. I felt like a kingpin for a little bit” Mitchell Scott, Cut Copy Drummer is playing facebook poker

So can you cash that in for Facebook drinks or Facebook shoes? No, you can just lord them over people that don’t have as much.

You’re on the Daft Punk tour, how has that been going? The Daft Punk set is pretty amazing. Everybody walks away with their minds blown. It’s cool to be a part of the tour

And the light show is everything you expected. It’s been circulated that you’re in for a pretty amazing show but it exceeds your expectations if that’s possible.

So do the support bands just get one spot light to cram into? It’d be pretty awesome if we could turn on some of their lasers.

You’re earlier on the bill, are most of the crowd there by the time you go on? Yeah, it’s the majority. It’s great the way it’s been organised. It would go close to the largest crowd we’ve played to. We’ve played some pretty massive festivals. I know Tea in the Park in Edinburgh was one of the biggest. I think 35 thousand at Sydney’s Daft Punk show will top that.

Have you met the two of them? We have. Dan had mety both of them a few years back in Paris but we’ve ment them . They are a little more of your “shy, retired, sunglasses at anytime of the day” sorta Frenchies. They had their helmets off but their a little more cautious about taking their glasses off, it’s their level of identity protection. Doing their best to preserve their mystique.

You guys are playing some new stuff live? We’ve been adding new songs in the set. It’s one of the things we’re really excited about doing is playing new material, what with our album coming out in March. So we’re putting in as many as we can get away with in the set.

Are you wanting to make changes to the songs already? That’s always been our intention. We’ve made a new set for Daft Punk. We’ve changed our old songs, we’ve done a club version of “Future” to play live. After we get sick of playing something we mess with it. We had a lot more time to record this one so we’ve got a lot of live instrumentation. Hopefully it sounds like us, just with a little more development. There’s probably more guitars, in the direction of krautrock, My Bloody Valentine. There’ll be some nice surprises.

So Haunted is a bit rockier. That was something we were keen to get out and be the first single to radio. It’s a bit different, we’ve got songs that are a bit dancy and this would be a curve ball to those, just to mix things up a bit.

Now, you’re the drummer but news is you wield a pretty mean axe too. Any chance we’ll see you out the front, you know, like Dave Grohl… or the drummer from Eskimo Joe? I guess that was the thing when we put the band together. We didn’t assemble a team of crack musicians to fill our roles. It was just a bunch of friends. I had never played drums before. I think that’s a good foundation for a band is to be friends first, not technically talented musicians. I was much more of a guitarist than a drummer.

So are some of the guitar parts yours. Bits and pieces. You know. That’s how So Haunted came about, it’s all been thrown around a bit but Tim played all the guitar on the record. I did get to play some xylophone, some wood blocks. All the fruity instruments. It’s all off the trigger pads live. We thought about it for two seconds but we decided the sampler can do that.

And did I see a bass player at Homebake Yeah. We started out as a four piece, and then Bennett left to become a Doctor, which he’s done and is now over in Princeton being some sort of philsopher-fag. So when he left we took out the bass and replaced it with Synth bass and found with the new record we felt we needed a bassplayer with them so we got in John Chilo who used to be in The Hungry Ghosts a pretty seminal Melbourne band we were all into. They were on Steve Shelley from Sonic Youth’s record label, Smells Like Records. We’re really happy with how it’s going.

You’ve toured the US with Franz Ferdinand, the UK with Mylo and Bloc Party, you’ve seen cities… which city is your favourite? For me, New York is pretty much my favourite city. TYou feel like you’re in the centre of the universe. There’s no other place like it. Other than that I was really blown away by Barcelona. Amazing beaches, amazing people, there’s interesting little laneways, you want to check out every little bit of it.

Do you get much time to look around? Well New York is somewhere we keep ending up, we’ve been there six times now but you go to this amazing place but you’ve only got a night there, but sometimes you get lucky and have a day off there.

You have the KLF on your myspace page… Ever met them? No, that would be pretty amazing. I’m sure they’d have a story to tell. Other than burning a million dollars just for something to do, did you hear about that? They filmed it but didn’t want it to come out. They didn’t want to have to prove to anybody that they did it, it was more than they’ve done it and you should have faith that they have but the film surfaced and one of the guys was playing that around the place.

Burning through a million pounds would be quite fun, but not literally. Yeah I could think of a more figurative way to do it. Hookers. The traditional way to do it. The Rockstar way.

Interview: Daniel Merriweather on living the high life in LA and coming home to Melbourne 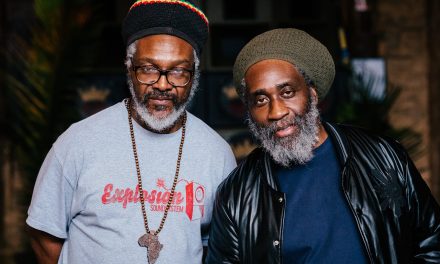