What sort of things will you be making fun of in your show?
Basically myself. I have never thought I was qualified to point a finger at anyone other than myself. Oh, and the wife.

How does your wife feel about that?
As long as I give her a majority of the money, she’s happy. She’ll be there so I can’t make too much fun of her, she’ll be sitting in the back.

I heard you’ve just given up cigarettes, how are you coping?
Oh, not bad. It’s five weeks in and no one has been affected by it. When I seem a bit irritable
I go into a dark room and I just sit there.

Was it a New Year’s resolution?
It was, sort of. It is what everyone does, isn’t it? Something life-changing. It’s quite cold here so I thought it would be the perfect time to just hide in the house for a month and try to kick it. So far, so good. I am still on those little patches for another two months. So I will be celebrating my last patch being pulled off in Australia.

So, you’re in Canada at the moment?
Yep, I am flying out to Tennesee this afternoon for a show and then the next stop is Adelaide.

When you perform in the US, do you make jokes about the Yanks?
I’m a bit nervous to make fun of the heavily armed Americans. It is sort of like a ‘salute to the troops’ so there will be trained fighters in the audience. Usually the safest option is to make fun of Britain. They’re always an easy target.

You’ve been described as an “Oscar the Grouch”. Do you agree with that?
No. He’s a puppet. He’s a fictional character that lives in a garbage can. I have a grumpy voice, but like most grumpy people I don’t think I’m that grumpy. Having said that, if you’re not grumpy, then you’re just not paying attention. The good moments seem sweeter that way.

Ever upset anyone in the audience?
Absolutely. My lack of giving a fuck usually upsets some people. Usually because they either have a hard time accepting truths or they’re the village types. But the thing about those types, is if that’s in print, they will show up. To try to prove to themselves that they’re not those types.

When did you realise you were funny?
I think, like a lot of comics, I used it as a weapon or a shield. Then as you get older you think, my God, you can make a buck doing this? It’s more of a benevolent disorder, how I see things. I cannot take anything seriously. Which can sometimes piss the wife off. I am just incapable of thinking anything other than my entire time on Earth as being one big joke.

Did you always want to be a comedian?
Yeah, for as long as I can remember, I used to do it in front of the folks. And then I had one teacher who was kind enough to give me two or three minutes at the top of every class and do a couple of jokes. And several report cards said: “Mike should be a comedian.”

And if that didn’t work out?
Oh, I’m screwed, I can’t do anything else. It’s way too late for me.

Are Canadians and Aussies similar?
I think so. I think it’s a lot to do with our quasi-British backgrounds. We’re like their goofy grandchildren. We’re brand new countries, so we’re not as strange as they are, we see things from a more modern perspective. I think that’s why I enjoy Australia, it’s a lot like home. You know, a good standard of living, friendly and you keep it to yourselves. It’s like a lovely secret. Like “thanks for coming but keep it to yourselves”.

You’ve been in a few films. Is that something you’d like to do more of?
Oh, I enjoy it, as long as the character is an overweight grump. I just did one a few weeks ago with Jay Baruchel who was in that film Tropic Thunder. I was working with Kurt Russell and Matt Dillon. It’s called Black Marks.

When does that come out?
I have no idea. It could either never come out or it could be a year. I also did a film about Pete Tong that is popular with the kids. It was a DJ movie and I still don’t get it…

Catch Mike Wilmot during the Adelaide Fringe Festival. 28 February – 18 March at The Garden of Unearthly Delights. He’s then at the Melbourne International Comedy Festival from 29 Mar-22 Apr. Check out adelaidefringe.com.au for Adelaide info and comedyfestival.com.au for Melbourne info. 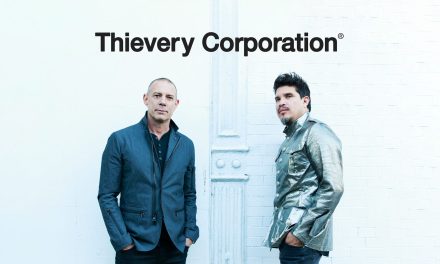