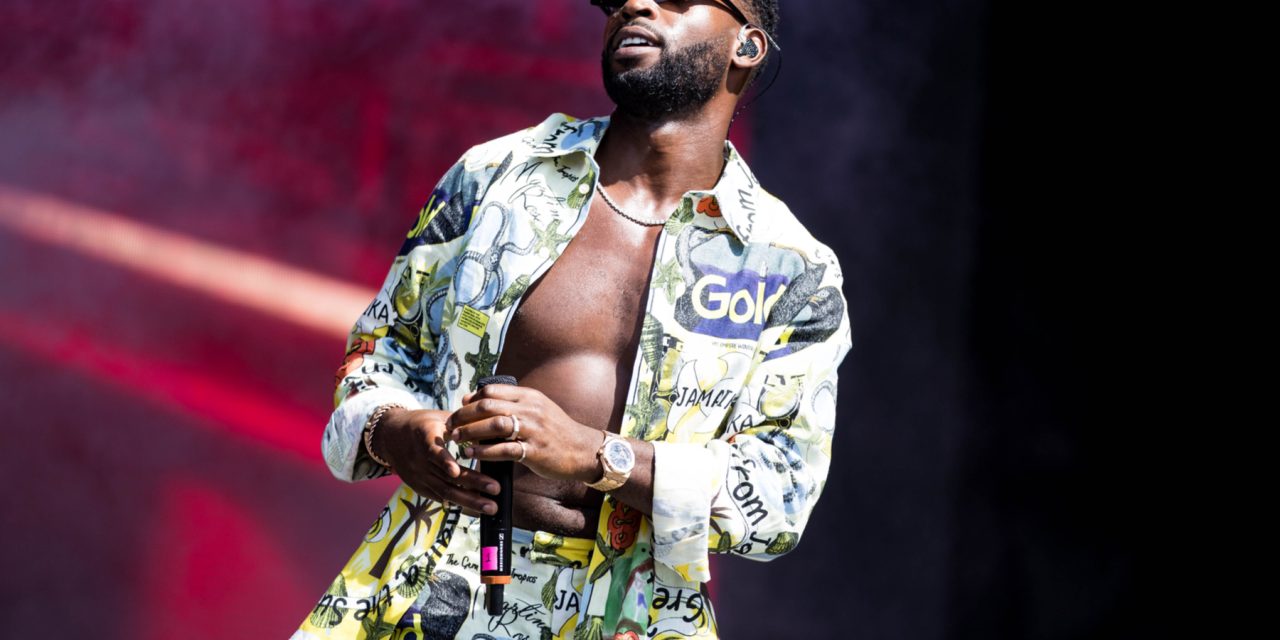 Calling from London, in between house-hunting and finishing off the new album, Tinie Tempah can’t hide his excitement about heading down under. “I love it, I love it. I love it, it’s my favourite place in the world, I swear to you,” he gushes down the phone to a somewhat sceptic response. “You can check all of my interviews, I’m not one of those people who does that whole cheesy thing and says, ‘yeah America, Sweden, whatever, you’re my favourite place’. I seriously love it, it’s so surreal being so far from home, and it’s hot, there’s amazing people, great clubs, amazing music scene, so yeah, I’m really looking forward to coming back.”

His passion is infectious and it’s hard not to be charmed by the 23-year-old, who burst onto the scene in 2010 with his debut album Disc-Overy. The album reached No. 1 on the UK charts and since then he has shown no signs of slowing down. His second album will be released later this year. “I’m actually going to finish the album in Australia. While I’m out there I’ll be crossing the t’s and dotting the i’s and then it’s badda bing, badda boom.”

After conquering the music scene he created a fashion line – Disturbing London. Tinie seems to love fashion as much as he loves music. This is the guy who rapped, “I got so many clothes, I keep some in my Aunt’s house… Soon I’ll be the king, like Prince Charles.” And as luck would have it, he’s living out this prophecy – last month he was named GQ Magazine’s best-dressed man in England. An award that he believes comes with great responsibility. “Bloody hell, it’s a pretty big title to have, I don’t know what I’m going to do next. I’m gonna have to invent a colour that I start wearing. Or just be naked from now on, that’s probably what I’m gonna have to do. But I am grateful, it’s flattering.” Not that he’s crumbling under the pressure, recently seen looking sleek in front row audiences at London Fashion Week. Tinie was commended for his black tuxedo, white T-shirt and glittery Christian Louboutin Freddy rollerball loafers.

You’ve got to wonder with these best-dressed lists if the stars are really qualified, in a world where stylists are their right hand men. But Tinie seems to have his own unique vision when it comes to fashion. “Honestly, I’m not afraid to wear any bloody thing, whether it be a sweat pant and a sweat shirt and a really brightly coloured, crazy bobbly hat with some trainers,” he says. “I’m not afraid to mix it up. I don’t discriminate in clothes,” he emphasises. “I like to have a good reference point. It’s like when someone gets married, I like to have something old, something new, something expensive, something cheap.”

He talks with rich, lyrical tones, almost as if he’s rapping, and of course he’s very smooth, if he’s not using my name, he’s calling me “darling”. I ask him if he’s having any luck with the ladies at the moment and he remains strategically coy, telling me he’s saving himself for Australia. “It might affect my chances over there if I say something else. I have literally not touched anyone since the last time I was there.” I am imagining the glint in his eye underneath those Buddy Holly glasses.

There’s a boyish charm that underlies the conversation, his achievements may suggest a maturity beyond his years, but deep down he’s just a regular guy who wants you to like him. At one point he is begging me to read his blog, “My blog is really cool at the moment, you need to check it out, it’s really, really cool and current. Seriously, go to my website, it’s called Milkand2sugars, please check it out.” At other times the boy from South London is philosophical and humble. “I love where I’m from. It definitely made me who I am.”

His debut single, “Pass Out”, a neo-jungle rap, shot to No. 1 on the UK charts and, after Tinie’s second single “Frisky” peaked at No. 2, he was eyed up by Rihanna. She plucked him up and took him around Europe for an extended leg of her tour. “When you see Rihanna in the paper out having a fun night, that is just the way she is and it’s great that as an artist she can be herself,” he reveals with genuine respect.

“It was a privilege to tour with her and get to know her because we’re around the same age and she’s done so well for herself. I was able to get so much inspiration from her.”

Touring with Rihanna, getting on stage with Snoop at Glastonbury and being friends with fellow rapper Chiddy Bang, I ask him how he manages to stay grounded. “Do you know what, it’s off the back of the notion that this is all I’ve ever wanted to do in life,” he says. “You’re making all of these crazy sacrifices in life to further yourself to where you need to get to. It’s like the first time you don’t answer your phone to your boys and you think, ‘I’m just going to stay in the studio today’. It’s like bloody hell, it’s one of the worst feelings in the world but then you get back to it and you think, all that time I would have spent with my mates just hanging around doing nothing, I have achieved so much for using that time more effectively and efficiently.”

The hard work has indeed paid off for the boy who works so hard yet makes it seem so effortless. Cool, calm and collected on one hand but utterly ambitious on the other. His lyrics reflect this too, made up of South London slang in one breath and Mahatma Ghandi references in the next. Born Patrick Okogwu to Nigerian immigrant parents, he tells me the stage name he created in secondary school reflects his two sides. “It’s a juxtaposition. Like two things that are not meant to go together. Like a cold flame. And I liked it because it was like Dr Jekyll and Mr Hyde you know? You don’t know what side you’re going to get.”

Even his music tastes are a mixed bag. “I like everything to anything, from Busta Rhymes to Britney Spears, darling”. He is philosophical about the music industry too. “I’ve always listened to the radio and my theory has always been, ‘why is this song on the radio and why is this one not?’ And because of thinking about that I’ve always had an ear for a good pop song. I’m a sucker for a great pop song, if it has a catchy hook and a big beat and some slick lyrics. I literally listen to everything.”

He has done his research on Australian music too. When I ask him who he’d like to collaborate with in the future, I’m expecting him to say Adele or James Blake or Dizzie Rascal, names he has hinted at in the past. Instead he keeps it local. “Last time I was out there [in Australia] I heard Flight Facilities and I thought they were alright, you know. And I also heard Boy and Bear the other day. I quite liked them.” After explaining what the Triple J Hottest 100 is, and telling him how these Aussie bands fared, he enquires about the number one song [Gotye’s “Somebody I used to know”]. “Oh, they’re Aussie? Fucking hell, really? Oh, that is incredible, I heard that track the other day, I love it.”

Sure enough, a few days after our chat, I take a look at his blog. Amongst pictures of shoes, glasses and cars he has stayed true to his word and posted the Gotye video.

If music or fashion didn’t work out, does the man they call “Superman” (for apparently being unrecognisable without his trademark glasses on) have a fall back career, like Clark Kent? “I’ve only had one job and it was in telesales. I used to sell double glazing windows to people. It was never meant to be – it was a means to an end, darling.” Leaving all charm aside, I have to say, I wholeheartedly agree. 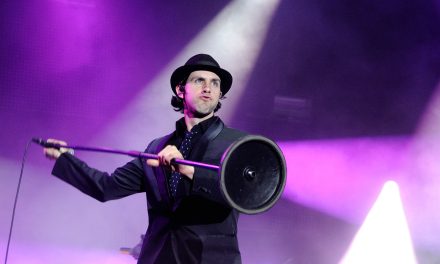