The London-based Kiwi funnyman talks about playing an Australian, the NZ sense of humour, and taking the piss out of his grandma

You’re currently in The Persuasionists on BBC2 playing an Australian. How’s that going for you, being a Kiwi?

I quite enjoyed it because they take the piss out of the Australian a bit and I keep my Kiwi accent, so I get the best of both worlds. It’s my little fuck-you to the Aussies, y’know, playing an Aussie but keeping the same accent. Maybe Aussies will kick up a fuss cos that’s what they do.

Do you think the rest of the world gets the New Zealand sense of humour?

Yeah, man. Absolutely. I’ve gigged in the States. I’ve done a tour of India, and that went really good. I think we have a pretty universal comedy because of all of the TV we get – American, British, Australian. We have an array of influences, and, weirdly, New Zealanders aren’t seen as annoying yet.

I get the feeling over here when Brits meet an Aussie they’re like: ‘[Groan] not another Australian,’ but when they meet a Kiwi it’s almost like you’re the retarded cousin. They’re like: ‘Well done, you made it this far. Good on you.’ With a fondness.

Your friends in Flight Of The Conchords created a bit of exposure for Kiwi comedy. What will they do now?

Dunno. Just roll around in all their money, I guess. All three of them have various things on the go. They’ve certainly changed the comedy scene in NZ cos when I left in 2000 there was one comedy club in the whole country.

You’d say to people: ‘I do stand-up comedy’, and they’d say: ‘Um, what’s that?’ Whereas now the Conchords have blown the doors wide open and NZ’s going through a bit of a boom time.

Tell us a Kiwi joke …

Who was the lightest All Black ever? Arfa [Arthur] Stone. It’s one of my dad’s.

Not bad. There’s seems to be a bit of a trend towards shock humour by stand-up comics. How does that sit with you?

I’m a fan of funny. If it’s funny, then do it. Don’t just do a joke cos everyone else is doing it. It’s the same with a lot of rape stuff going around at the moment.

I think it’s because there’s this feeling of comics constantly wanting to push the barrier. But it says something about comedians as people – that we’ve pushed the barriers so much now that within the comedy community, jokes about rape and paedophilia are considered hack material.

It used to be cutting edge about seven years ago when Jimmy Carr and Frankie Boyle had some really good ones, but now there’s too much of it and most of it’s not that funny.

Christmas – is that your real name?

It is. From my dad. He’s Chris Christmas.

So he’s Father Christmas to you?

That’s right. My family’s full of weird names. My granddad on my mum’s side was Ronald McDonald. My auntie is Carol Christmas, so backwards it’s Christmas Carol.

And my grandma on my father’s side is Norah Christmas. Maiden name Balls. Norah Balls. At the age of 12, I picked up on that and went, ‘Right … I hope that’s her name, not her technique.’

So I had a bit of magic at 12. I shouldn’t have done the joke to her. It was the wrong crowd. But once I figured out to do it among my cousins – hilarious.

Also at Four Kiwis Walk Into A Bar, George IV, Chiswick High Rd, W4 2DR, on the last Thursday of each month. 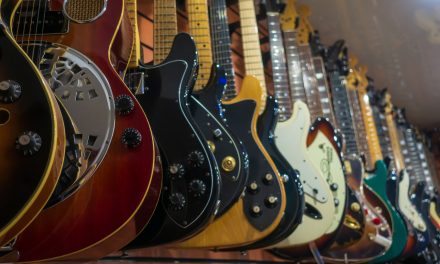 Exclusive Interview: TNT talks to Australian PM Julia Gillard on her biggest year yet and what’s next