Where did your show’s title, The Man With The Flaming Battenberg Tattoo, come from?

The show tells the story about how this tattoo [of a flaming cake] changed my life.

The Girl With The Dragon Tattoo was around at the time, and was quite big. It’s not a parody, but an obvious nod.

Is it about trying to mellow out?

I am trying to be a bit calmer. All my life I have been an argumentative, contrary little shit and I am trying not to be like that so much.

It is difficult as it is who I am and this is about how that tattoo has helped.

How has the tattoo changed you?

A couple of years ago I would not have admitted to being like that, but now I am coming to terms with who I am.

Being that person never had any redeeming side to it – it has always been a bane of my life and I denied it – but now, as I am making money from it through stand-up and I’ve made a career out of it, I am starting to see a positive side.

So what annoys you?

Any given thing at any given time – it could be the smallest, most petty thing. Often it’s marketing that gets me. In this new show I read out letters I’ve written to companies in the past that have pissed me off.

And politics winds me up, despite the fact I don’t know much about it.

That’s my problem – rather than being someone who knows about everything and responds rationally, I just respond passionately and from the heart, but don’t know much about what I’m on about.

First Great Western [train company from London to Wales], Innocent smoothies, Braun, The Body Shop … it can be anything.

Announcing over the Tannoy in the quiet carriage on the train for everyone to be quiet – it’s just pointless.

I talk about it in the show, some of which is taken from the anger management diaries I wrote during those sessions.

You’re meant to write about all the little incidents that have annoyed you, but I’ve used it as a device for this show like documentary evidence.

You didn’t start stand-up until your 30s – what prompted you then?

I had no interest in comedy before, never been to a comedy show, but this girlfriend I had been with for eight years just nagged.

I’ve known two things all my life: one, I am an argumentative person and two, I’ve always tried to make people laugh.

I’ve never had much interest in anything else. She spotted that and kept on at me saying: “You should do something with this.” 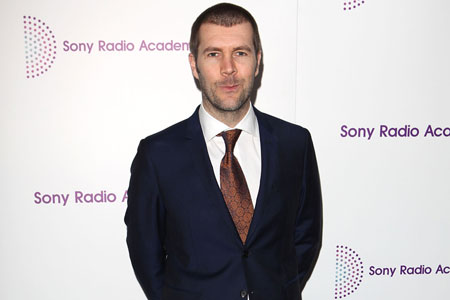 Why had you not thought of it before?

I thought, “Other people do that.” I am from one of those families who think showbiz is in your family, the right to go on the stage is handed down in some way.

But she was one of those can-do people who think there’s nothing you can’t put your mind to, there are no barriers!

So I did a comedy club gig and it went from there.

And you did a comedy course, too…

Yeah, to give me some confidence and to see if I had any aptitude for it. For our graduation ceremony we all did a five-minute set and it went really well but it was a completely false environment.

Everyone there was about to get up and do it themselves so the atmosphere was electric and celebratory, like those moments in movies when everyone throws their hats in the air.

Everyone took the roof off and it is probably still my best gig. We all went out thinking we were comedy geniuses and the next week died on our arses out in the real world.

How did that show affect you?

I thought I wanted to do it again and get better and better. And then the awards started coming.

What’s been your strangest gig?

When you start, you do some very odd shows. I did one in St Moritz on top of a mountain.

I had to walk a mile through the snow just to get there, and then did the gig on a crate in the corner of a restaurant.

I did one at an army barracks in Iraq with bombs going off and people standing there with machine guns. That was totally weird.

What is more important, winning one of your multitude of comedy awards or Wales’s Sexiest Male 2010?

They both took me equally by surprise but the second one is even more ridiculous.

It is just embarrassing because people get the impression that I believe it’s true, and I obviously don’t.

I don’t even take it with a pinch of salt, but one of those big yellow things filled with salt on the side of the road.