Where are you from?

Edinburgh. Moved here from Fife for Uni and stayed. Love it here. Heart of the fringe festival industry.

What do you do?

Magic tricks! Being a magician is my dream job because of the variety. Sometimes I’m a performer, others a writer, a promoter, a marketeer, an engineer, a salesman, a director, festival organiser… It’s seriously varied. Every day I end up working long hours and sleep very little.

What are your deep dark secrets?

As a kid I used a magic trick to shoplift a can of coke from a shop. I felt so guilty I came back after it closed and put 50p through the door.

We want to know EVERYTHING. 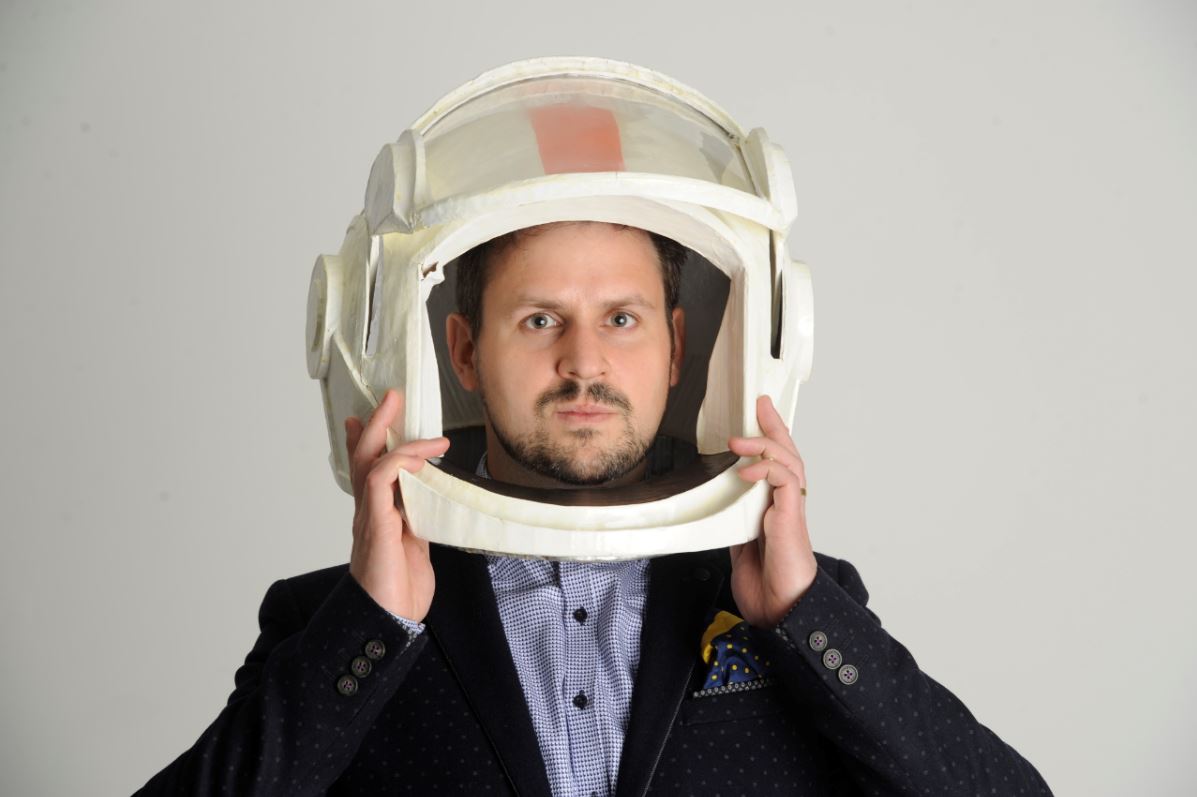 I guess you could say that your career as a magician began on Faking It. Did you ever consider getting into the magic industry prior to this?

Nope. I don’t even know it was a career option. When you’re from a socialist dockyard town the famous people on telly are so distant from you and your life. All I wanted to do was work hard at school and get a job that paid me a shed load of cash. My first epiphany happened when I spent 3 months doing a voluntary project in Africa. My world outlook shifted. My second road-to-Damascus moment was Faking it. Suddenly the world of the rich and famous was in reach and I wanted it like a kid wants a cupcake.

If you could collaborate with any magician, dead or alive, who would you choose and why?

The Great Lafayette. He was the best of them in my opinion. Sadly he died in 1911 but his body of work was remarkable. He was pals with Houdini, and in fact was more famous that Harry was. Lafayette was such a perfectionist that not only did he design the out fits and showbillls for his show, he even instructed the theatre about where to position them in the hall for greatest impact!

You launched MagicFest back in 2010 and it is now the biggest magic festival in the UK. Did you ever expect it to be so successful?

To be honest I expected it to be even more successful that it currently is by now. If you don’t start with dreams and high expectations then you’ll not reach the stars.

What are the best and worst aspects of the Festival’s success?

Edinburgh MagicFest is like a child to me. 9 years old, unruly, constantly changing, still can’t use cutlery properly. But I love it. I hope when I retire it’s still going, bigger and better than ever. My only annoyance is the time investment. I love performing live magic more than anything else. The festival takes me away from that. So at times I resent it.

The best part is standing in front of 2000 people at the Festival Theatre handing out our annual achievement award (called The Great Lafayette Award :-). We’ve had some huge names in magic, Paul Daniels, David Berglas, Jamie Harrison (magic consultant on Deathly Hallows). It’s an honour to spend time with these people.

Out of all your magical achievements, what are you most proud of and why?

Probably my Australia tour earlier this year. It was such a fight to get it off the ground, but when I got out there the show became a huge success. We won awards, had five star reviews.. It was like a dream come true.

Apart from the occupational duties it commands, would you say magic consumes your everyday life? If not, what do you like to do in your spare time?

Pretty much everything I do, I do for magic. The reason I want to be as successful as I can with magic however is for my family.

If it’s not family or magic then it’s spending time with old friends. I have mates that I’ve been close to since I was 4 years old. We know each other inside out and there’s just no bullshit only fun.

Do you often get recognised out in public?

In Edinburgh yes. Or if I’m on tour and I have posters up everywhere. I’m not A-list though. I can walk down the street of any UK town and remain unnoticed.

What advice do you have for young magicians trying to make it in the magic biz?

Take every opportunity to perform. Don’t be shy. Magic is a vocation so be ready to give your life to it if you want to be successful.

Interview with The Cat Empire