Has German techno music followed a pretty clear path from Kraftwerk? They still seem very relevant in today’s acts. If you listen to some of the Kraftwerk productions you could think that it was produced in Berlin or the Rhine-Ruhr Area in 2007. History is resonating for sure, but more unconscious, because most of the new acts didn’t grow up with Kraftwerk directly.

You live in Recklinghausen – you never felt the urge to move to a busier centre? Actually the plan back in the day was to move to Amsterdam, which is 90 minutes by car away from my Ruhr area, because I learned the Dutch language for three years in school and made a certificate about my language ability at the Amsterdam University to study there. But due to the fact that my music became more international, which intensified the travelling, I appreciate living in a calm city like Recklinghausen. Although Recklinghausen is not that big a city, it is in the centre of the Ruhr area which has over 17 million people. You can reach 10 cities by car or train in less then 30 minutesand the whole area is pretty young and international. Think about the Love Parade moving from Berlin to the Ruhr area…

You’ve DJ’d the Love Parade. Tell us about the event, is it crazy? There is nothing to compare to the Love Parade on this planet. Where do you have the chance to play in front of 700,000-800,000 people? For me it is the biggest open air party in the world. I played the love parade in Berlin and this year for the first time ‘on my couch’ – the Ruhr area! It was amazing to see that the Love Parade really arrived in this area, if you know what I mean. There where even more people than in Berlin last year and a lot of brilliant parties as well.

The gentleman that owns www.myspace.com/moguai enjoys ham radio and cryptography, his coffee is a Vente Caramel Frappachino and he does not “go on stage”. Is this you? Because he is from the States, he was the first to assume the name Moguai. That’s why my Myspace link is /djmoguai.

Speaking of name confusions, there is of course the Scottish indie-art rock act Mogwai. Have you ever been booked to play a rock set in Glasgow? I never had a request like that, although I could perform my tracks live as a band. But people differentiate the band from me, the DJ, very well.

You’re a DJ named Moguai, surely you’re up past midnight most nights? Do you ever get the munchies and crazy things happen? For sure, mate! I always get hungry, but, no worries, I eat before going to the club.

So what’s happening with your label Punx at the moment? I stopped releasing tracks frequently because of not having the outstanding hot stuff every few weeks coming in at the moment. But PUNX is more than a label. We’ve done very strong events in Europe for two years under that brand. There will be releases in the future again, I think…

What can we expect from your shows this summer? You can expect the DJ, who is more than the recording artist with his electro breaks tracks, like “U know Y”, “Get:on” or “Freaks”. It will be a profile of different styles of electronic music, with an eye on the crowd and what I’m known for but including more sides of facets…

Moguai rocks New Year’s Revolution at Cargo in Sydney Monday 31 Dec, Kink in Brisbane on Saturday 5 Jan, Kink in Melbourne Saturday 12 and Kink Pool Party on the Gold Coast Saturday 13. Keep your ears out for new single “Kick out the Jams”. Visit http://www.myspace.com/djmoguai[myspace.com/moguai]. 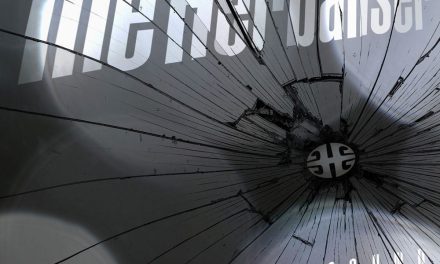 The Herbaliser – Bring out the sound