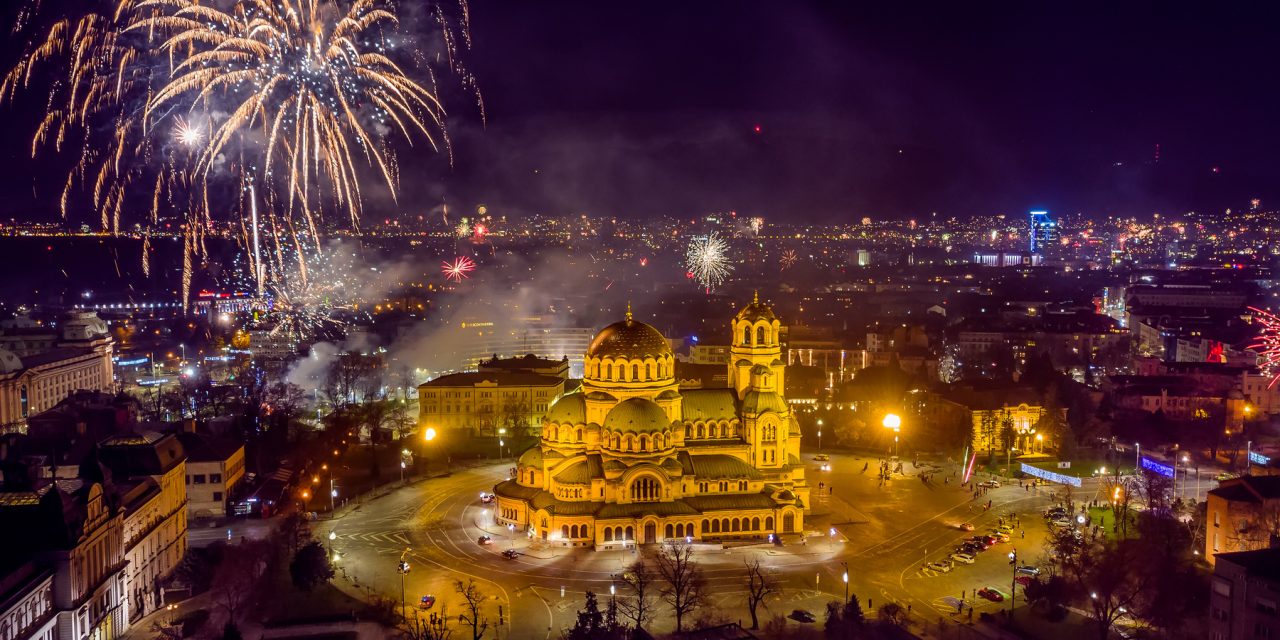 Not taxing your navigation skills enough?

Then how about Candlebar, a club entered via a disused shed? On the surface, Bulgaria’s capital might seem like a Soviet-style city with a few ordinary bars and restaurants. But in fact most of Sofia’s best venues require more than a little dedication to rooting them out.

These underground hangouts don’t want to be found by the average passer-by, and take drastic measures to hide away.

That’s why the most interesting places need not only addresses to track them down, but preferably a photograph of the entrance and a healthy dose of tenacity.

The reason for all this secrecy lies in Sofia’s history of occupation. The Russians invaded Bulgaria in 1944, quickly setting up strategic points of rule.

During the next 33 years of Communist domination, the country’s architecture changed to Soviet Bloc and the politics were Stalinist.

Underground, however, several factions of dissent operated, some using locations that have evolved into colourful drinking spots. During Russian rule, these venues were a great deal more dangerous; nowadays, it’s more about mock-speakeasy cool.

“I’m taking you to Candlebar,” explains local expat Laura Emmet, as we wander Sofia’s Ul Sevtemvri, a popular street for drinking and eating. “I only found it because a local showed me where it was. Some people live here for years, have heard of it, but never find it.” 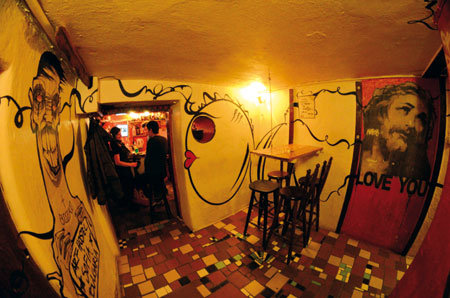 We stop suddenly by an alleyway, and I wonder if Laura has overshot the entrance. But then she points to a decomposing shed – a barely thrown-together few planks of wood resting uncertainly against a larger building. “Here we are,” she says, entering the alleyway. But I can’t see a bar of any kind.

It’s only when we enter the shed that an entire two-storey barn of a bar becomes obvious. Inside, there is no overhead illumination; instead, candles light every table and are lined up along the bar.

“This used to house an anti-Communist printing press during World War II,” Laura explains. “The candles are so it can’t be seen from outside.” As I fumble for my camera, she warns: “Pictures are strictly forbidden.”

The tiny flickering flames add a decidedly clandestine edge to Candlebar, helped by the knowledge that a genuine resistance operated here, printing newspapers that brought a very real threat to the lives of their publishers and writers. 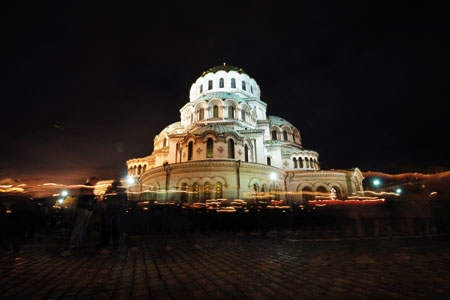 The in-the-know hush of the venue also makes a welcome change from the ubiquitous ‘turbo-folk’ that I’ve come to associate with Bulgaria’s nightlife.

Traditional songs set to a frenetic backing track might have inspired head-banging euphoria at first, but tonight I’m relieved not to be at the mercy of the Bulgarian DJ’s decks.

Next stop is The Apartment, situated on Neofit Rilski, and no less easy to find. On the way, we pass several ‘squat shops’, a concept unique to Sofia.

The tiny stores selling drinks and cigarettes force you to stoop down to buy from windows at pavement level. They are a legacy of the city’s chequered past, when the fall of Communism prompted a slew of new retail outlets.

These openings simply made the best and cheapest use of the space available, leading to some creative manipulation of existing architecture.

With squat shops, it was much cheaper to simply expand a basement window of one of the city’s many large-cellared buildings, than to develop a traditional shopfront at street level. 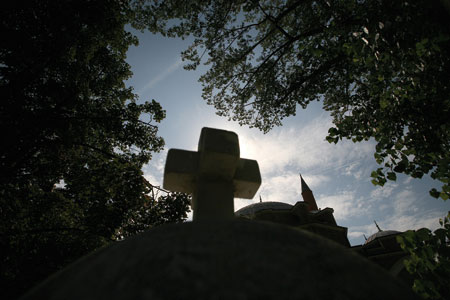 The Apartment, however, is several floors above the ground, and is accessed via an unmarked door, which, to the casual observer, looks like a domestic dwelling.

Surely one of the most sophisticated hidden offerings in the entire city, Apartment is very deliberately in the style of a real (albeit beautifully adorned) domestic space.

Without a proper bar, and comprising a medley of interconnected rooms made cosy by soft furnishings and low lighting, you’d be forgiven for imagining yourself the guest of a Bulgarian interior designer.

That’s not actually too far from the truth; the owner is a bohemian sort aiming to create a soothing space for ‘guests’ rather than customers.

As we help ourselves to drinks from the fridge, leaving money with a wandering barman, Laura explains why she thinks these secret spots have thrived.

“During the Communist era, there was not much fun in the city,” she explains. “These spots have reclaimed that for the locals.” 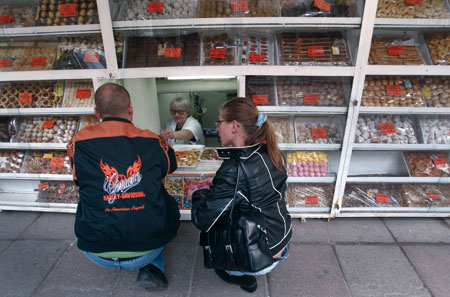 Strict attention to street name and number is the best way to find this bar. Although Apartment is unnumbered, the buildings on either side are, so simply match up the neighbouring even numbers.

If you’re a guest at Art Hostel, you could easily stay for weeks without knowing this bar was churning away beneath.

Hidden down an unmarked grey stairwell, the bar suddenly breaks into a riot of colourful rooms, alongside a bar serving some of the cheapest beer and spirits in the city.

Otherwise know as Hambara, The Grange, Candlebar, or The Barn in translation, and hidden behind a ramshackle shed, there is simply no way you would approach this bar without insider information. 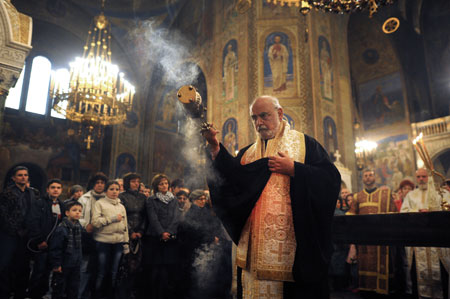 Best of the Rest: must-see Sofia

Alexander NevskY Cathedral
Sofia’s most iconic sight is this Bulgarian Orthodox cathedral. Its jumble of green domes is topped by an extra-special, gold-plated dome at 45m high.

The interior is just as impressive, elaborately decorated with Italian marble. The first foundations were laid in 1882 to honour the Russian soldiers who freed Bulgaria from Ottoman rule in the Russo-Turkish War of 1877-1878.

For a really memorable experience, try sitting in on one of the cathedral’s atmospheric, incense-filled sermons.

Palace of Justice
The palace’s huge columnated exterior is well worth snapping; the building’s remarkable edifice seems only fitting seeing as all the courts of the capital reside under its roof. Even better, a free walking tour of the city meets here twice a day.  freesofiatour.com

Banya Bashi Mosque
This striking red-brick mosque dates back to 1576, when the Ottomans had taken over town. Its name translates to ‘many baths’, for reasons that no one can quite seem to agree on.

Either it was built over hot springs, a bathhouse once adjoined it, or it’s simply because it neighbours the central mineral public baths, which have been (and continue to be) under restoration since the Nineties.

1300 Years Monument
This bizarre monument – described as an “unloved monstrosity” by one guide book – is worth seeing for its very oddness.

Created in 1981 to commemorate the First Bulgarian Empire, this mangle of concrete blocks looks to us like a mutant built from the detritus of a dystopian future. In case that weren’t strange enough, the whole mess is hemmed in by ugly, graffiti-coated walls.

Direct flights between London Luton and Sofia start from £133 return with Wizz Air.

More on Sofia at  bulgariatravel.org 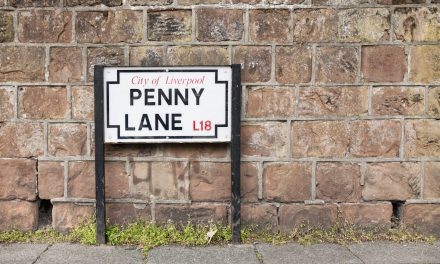 Tartu, Estonia: Nightlife and history in a weekend 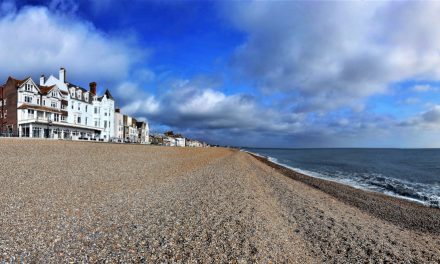 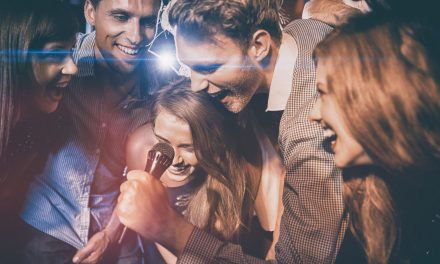