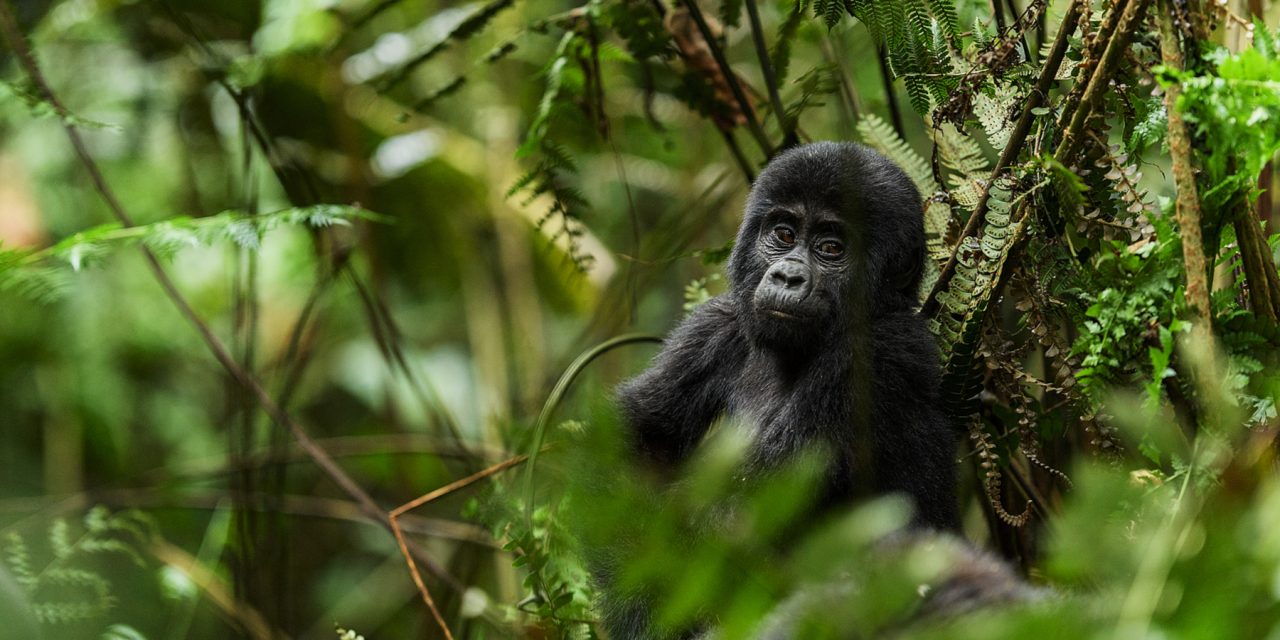 RWANDA Despite its horrific recent past, Rwanda is probably the safest and friendliest country in East Africa. It has great mountain scenery, is far cooler than the coast and, outside of the capital Kigali, still has some food and accommodation bargains for independent travellers. There’s a decent inland beach at Lake Kiva, and a number of pleasant day trips that take you out into the tea plantations and lush countryside. But the biggest single attraction has to be trekking through the Virungas in search of mountain gorillas. Unfortunately, although slightly cheaper to do than in nearby Uganda, the permits alone will still cost you hundreds of dollars.

What else? Everywhere you go in Rwanda there are Genocide Museums and Memorials. Many of the corpses have been covered in lime and left out for everybody to see their smashed-in skulls and severed limbs. They want you to see for yourself what happened – and it’s stomach-churning stuff.

Where to stay and eat The Discover Rwanda Hostel (discoverrwandayouthhostelkigali.com) is a popular base for backpackers in the capital, Kigali. It also arranges budget tours to some of Rwanda’s national parks. Outside of Kigali, some of the best budget accommodation can be found in church-run guest-houses that will also often provide good-value buffet meals.

UGANDA Jinja, at the source of the Nile, has developed a reputation as the adrenalin centre of East Africa. As well as first-class white water rafting, there are plenty of other adventure sports and activities on offer, such as quad biking, mountain biking and bungee jumping. The health and safety standards are all up to international standards – most of these companies are owned and run by Westerners – but unfortunately the prices are also pretty much on a par with Australia or New Zealand.

What else? Slightly off the beaten track, the gorgeous Lake Bunyoni is worth a few days’ stay on the way to or from Rwanda or the Mountain Gorillas at Bwindi Impenetrable National Park.

Where to stay and eat Many independent travellers opt to stay at big hostels such as the Red Chilli Hideaway (redchillihideaway.com), on the outskirts of the capital Kampala, and then get free transport to Jinja when they book up their adventure sports. They also offer budget safaris to popular national parks such as Murchison Falls. For food, Red Chilli offers free shuttle buses to the nearest shopping mall, closer to the centre of Kampala; but most backpackers just take the easier option of eating at the hostel’s own budget restaurant.

KENYA Although Tanzania is also world renowned for its game parks, Kenya arguably offers the biggest and best variety of safaris on the planet. It is also still possible to find some more budget-friendly camping safaris, with a couple of nights out in the Masai Mara in search of big game, and another night at Lake Nakuru to check out the huge gatherings of flamingos. The best-value option would probably be to book up a budget safari through one of the large backpacker hostels in the suburbs of Nairobi.

What else? Kenya’s other big attraction is, of course, the beaches. Unfortunately, some of the hawkers to be found along many of Kenya’s most attractive beaches can be a little too persistent (“Where are you from?”, “Who do you support?”, “Lovely jubbly”…).

Where to stay and eat Owing to the staggering rise of property prices in central Nairobi, most of the decent budget accommodation has now moved out into the safer and more pleasant suburbs. If you wish to stay closer to the big city, then Kahama Hotel & Restaurant (kahamahotel.co.ke/bar.html) is walking distance from the main bus station and relatively good value. 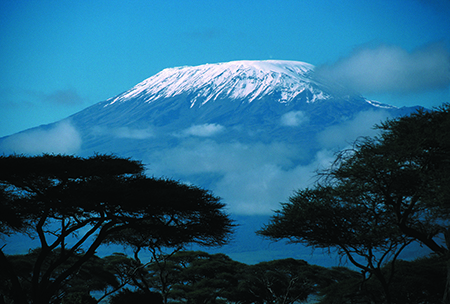 TANZANIA The highlight for many visitors to East Africa is the climb to the top of Mount Kilimanjaro, the snow-tipped mountain towering over Africa’s equator. You won’t need any ropes or crampons as it’s really more of a strenuous hike than a climbing expedition, but that doesn’t mean that plenty don’t make it all the way. Tanzania’s other huge natural asset is, of course, the world-famous Serengeti National Park and Nogorongoro Crater (the Serengeti in Tanzania is actually joined on to the Masai Mara in Kenya). The epic annual migration of wildebeest is the biggest attraction in April and May.

What else? A great place to start or end a trip to East Africa is the ‘spice island’ of Zanzibar. Most visitors choose to stay in the wonderfully atmospheric ‘stone town’. There is a huge variety of accommodation and restaurants, beautiful beaches, and plenty of historic sites to explore here, so definitely worth some time.

Where to stay and eat There are a cluster of budget hotels in Kisutu in Dar es Salaam, within walking distance to the ferry to Zanzibar. The quality of the food in the mainland cities can be variable, to say the least.

BURUNDI Few travellers make it as far as this tiny nation, squashed up between the giants of Tanzania and DRC, with only an impressively scenic mountain road connecting it to its culturally and geographically similar neighbour, Rwanda. Unless you have your own transport, or are willing to hire taxis by the day, then it is difficult to travel far outside the capital but it may well be worth considering a few days in Bujumbura. Coconut Beach, along Lake Tanganyika, has decent sandy inland beaches, and is only a short taxi ride out of the city. As well as the usual crowded African markets, and the recently renovated Musée Vivant, there are also a surprising number of decent cafés and good-value restaurants.

What else? Despite some stiff competition, Bujumbura is home to possibly the world’s worst zoo. Having paid the entrance fee you will be escorted to packed cages of guinea pigs and bunny rabbits, which you will be invited to purchase so as to throw them over a two foot tall concrete wall into the mouths of hungry crocodiles. You need to be careful not to stand too close to the chimpanzee’s cage too, as they like to reach out through the holes in it. There were also a worrying number of cracks and holes in the glass screens, supposedly designed to protect the visitors from their collection of venomous snakes. Yikes.

Where to stay and eat There are no backpacker hostels in Bujumbura, so most independent travellers opt to stay at the centrally located and secure Hotel De L’amitié (laicohotels.com). As it’s not recommended to wander too far around the streets at night, your best bet for evening meals is an excellent new coffee shop at the back of the nearby mini mall.

GO IT ALONE… If you are planning to fly into and then travel overland around East Africa, then you might want to consider flying into one location with Air Kenya, such as Bujumbura (via Nairobi), and then out of another one such as Zanzibar (again, via Nairobi). It doesn’t cost much more to do this than a straight return to Nairobi or Dar es Salaam.  There has been talk of a multi-country East Africa visa for some time now but it still doesn’t appear to have taken off. It’s easy enough to buy the required visas at the border posts, providing you have some passport photos and the exact change in US Dollars, but if you are planning to travel around the whole region then a multi-country visa would definitely save you some money.

OR TAKE A TOUR… Intrepid travellers may be happy to go it alone in the depths of Africa, but if you want the adventure without the worry of permits, visas, how to get around, and roaming into risky areas, be sure to book an epic trip with a tour company. We can recommend Absolute Africa (absoluteafrica.com), which offers safaris from one week to 11, as well as volunteering projects, gorilla trekking and overlanding on a shoestring. Oasis Overland (oasisoverland.co.uk) offers various cross-continent tours, including ones that pick you up right from UK shores, taking you through some 22 countries in Africa. 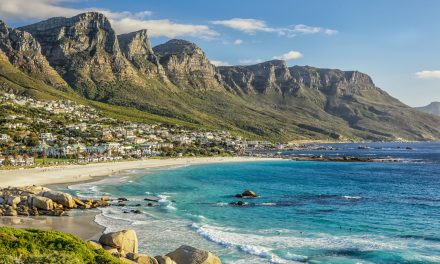 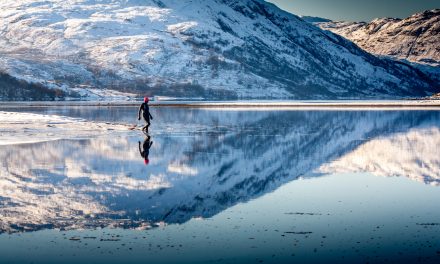 Dive in: wild swimming in the Outer Hebrides, Scotland 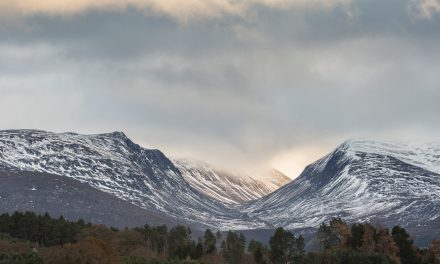 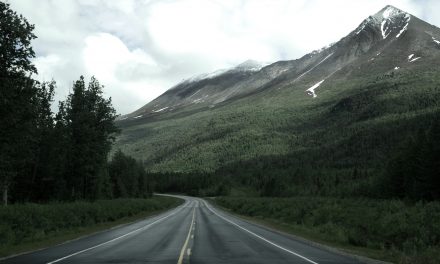