In the late-evening October sun I boarded Fancy II, a glass-bottomed boat in the pretty port of Tazacorte.

I’d joined a sunset cruise on the south-side of La Palma in the hope of spotting some whales and dolphins. Pepe, our captain for the evening, was quick to point out that while they couldn’t guarantee any sighting, the success rate was very good – especially for dolphin spotting.

The port is set back between towering cliffs. The dove grey clouds that perched on top were flecked with subtle hints of purple, just enough to announce sunset was coming. We jutted out slowly between various other boats that bobbed up and down and seemed to be dancing to their own melody. 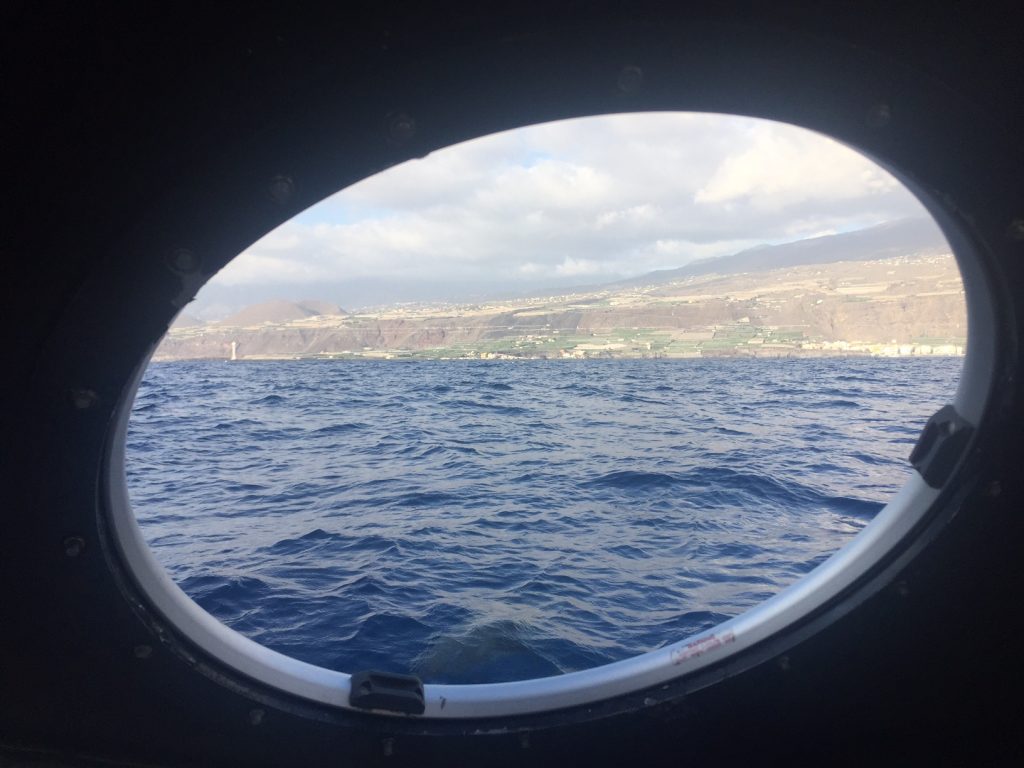 Suddenly without warning and in a table gripping moment, the boat took off James Bond-style taking us away from non-existent villains and further into the depths of the cobalt blue Atlantic Ocean leaving only the white wash of the boat behind.

My excitement grew with every crash of the boat against the waves. Fifteen minutes into the journey the roar of the engine subsided. Pepe pointed to just beyond the boat were a flock of birds were circling, no doubt hoping for a tasty fish dinner.

Pepe explained they often slow the boat down when the see the birds swooping and diving as it can mean dolphins are around as well. Dolphins and birds often fish together.

My beady eyes are pricked for a sighting and, then, out of the blue (quite literally!), three dolphins leapt out of the sea. 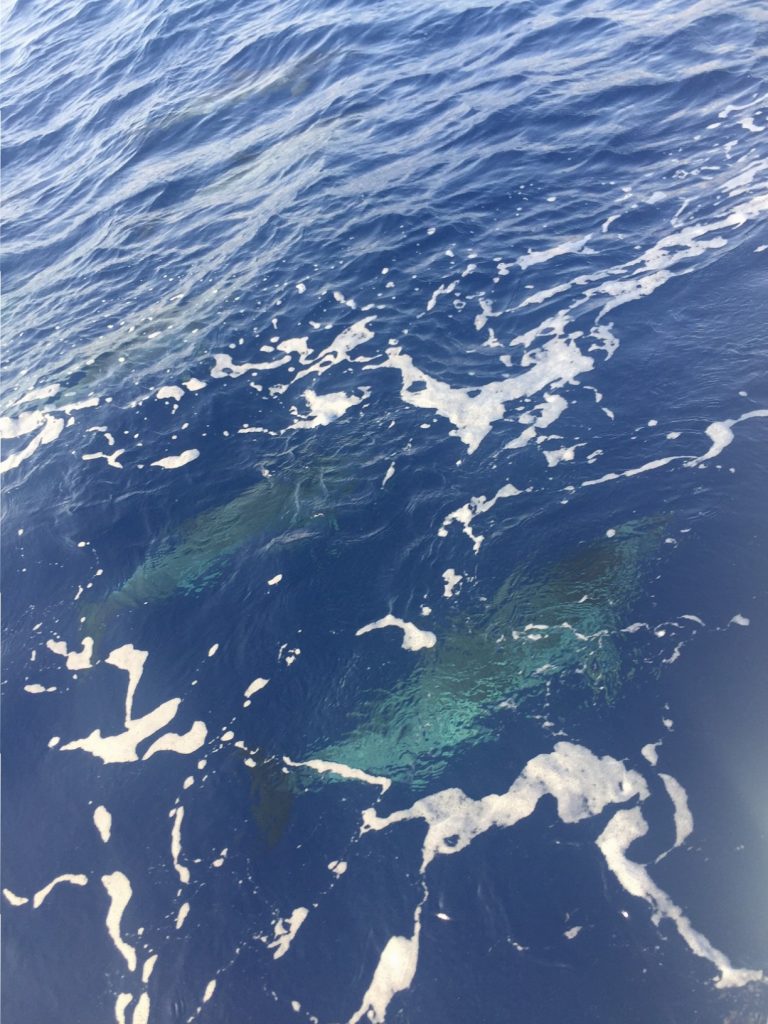 Pepe took me around to the left side of the boat and signalled where to look. Gliding just under the water are three light grey spotted dolphins.

My heart lurched and a tear lingered in my left eye. I’d seen the Atlantic spotted dolphin. My response took me by surprise.

I’d seen so many photos of dolphins I didn’t expect to be so overcome with emotion. There was something so beautiful about seeing them in their natural habitat. The dolphins I saw are petite and frequently show their spirited character by playing in the bow waves of the boat.

As the boat drove in circles the frisky dolphins happily jumped out of the water and over the waves. The deep, food-rich and warm North Atlantic waters that envelope La Palma are ideal habitats for the dolphins.

These particular dolphins form a pod of about 50-60 and had come across the sea from South America. By way of celebration a bottle of fizz was opened and fellow passengers and I toasted to the wonders and beauty of nature.

The boat continued up the west side of the island and I moved down into the cabin to look at the view from one of the portholes. There was something so hypnotic about the sound of the waves lapping against the side of the boat as it passed forgotten coves covered in black volcanic sand and small houses etched into the side of rocks that form part of soaring cliffs.

Further down the coast there are numerous secret caves. As the sun was about to fall from the horizon, the boat reversed into Cueva Bonita, a secret lair that once saved many fishermen from pirates and can only be accessed from the sea.

When the sun finally sinks into the sea, astonishing light plays can be observed in Cueva Bonita. We paused in the cave to watch the last minutes of the sunshine reflecting in the water.

As we sailed back toward the twinkling lights of Tazacorte port leaving dramatic volcanic scenery and deep blue Canary Island seas behind I couldn’t help thinking of the lyrics to Madonna’s – La Isla Bonita and well-deserved nickname for La Palma: “Tropical the island breeze…All of nature wild and free. This is where I long to be La isla bonita”. As the air turns chilly in England I long to be back on that sea with the wind in my hair and the low autumn sun on my face. 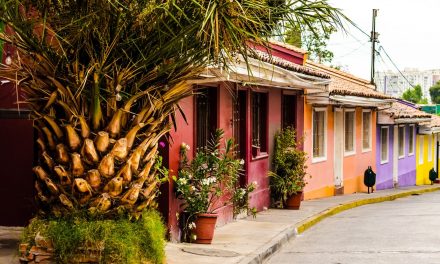 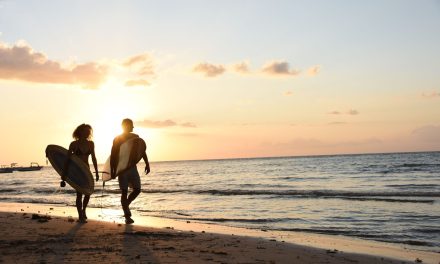 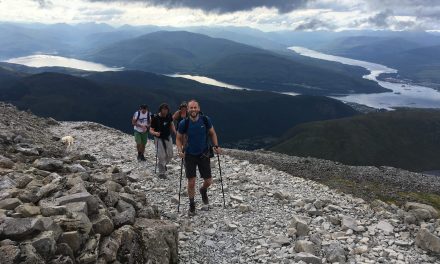 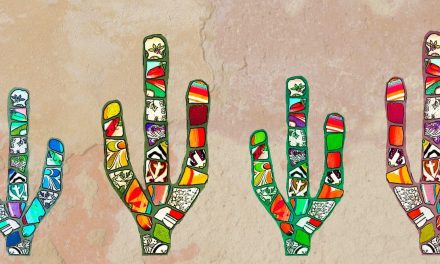