5th annual Sleep Out to raise money for London Homeless

They are looking to recruit 400 people willing to brave the British weather and spend the night sleeping rough to raise money to fund homeless shelters in Kensington & Chelsea, Hammersmith & Fulham and Wandsworth.

Since 2012, when the first Sleep Out was held, over 900 people have spent the night on the streets and helped raise almost £600K for homeless shelters in London.

Steven Platts, Glass Door’s Chief Operating Officer, says Sleep Out has been key in helping Glass Door support more people off the street – “No one should have to sleep on the streets of London. The Sleep Out helps bring that goal closer to a reality.”

Glass Door aims to recruit 400 volunteers who will give up their beds on the night of 6 October 2017. There is no registration fee nor fundraising minimum, but the charity encourages participants to aim to raise around £500 in sponsorship.

You can register at glassdoor.org.uk. 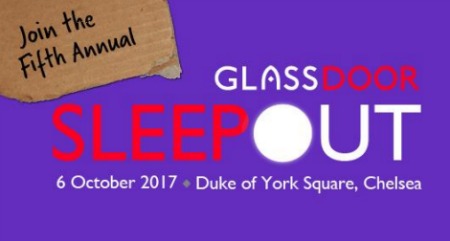 Dive another day: Up close and personal with grey nurse sharks

Waiheke island the place to go