A pile of shit? This year’s Turner Prize really is…

The Turner Prize is no stranger to provoking reaction; in fact, it thrives on discussion, usually fuelled by purists outraged at the bizarre and unworthy pieces nominated for the £25,000 prize fund.

But this year, as well as the critics’ cries of, “Is this art?”, the exhibition, which opened last week, has also prompted accusations of dumbing down, criticism that the usual shock tactics have become tired, predictable.

While, in comparison, others have said it’s the strongest range of finalists for years.

Controversy has followed the Turner Prize since its launch in 1984 (see box) – from Damien Hirst pickling a mother cow and her calf for In Mother And Child Divided in 1995, to Tracey Emin exhibiting My Bed, unmade, along with dirty sheets, fags and a bottle of vodka in 1999. 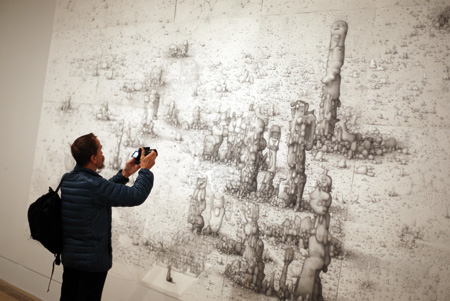 Despite the poo, bookies William Hill has selected Noble as the favourite to win the 2012 prize with 5/4 odds.

The artist began his elaborate drawing project in 1996, creating fictional city Nobson Newtown, which features drawings of a place where the words spell out the town.

“There is no story or time in Nobson Newtown,” the 48-year-old Londoner says. “I consider it to be a play without acts or actors.”

As well as Noble, who is the only artist in the traditional sense to be nominated, three others have made the shortlist, their work on display at Tate Britain until January, with a winner being announced on December 3.

The kooky 39-year-old from London is the only live performer to ever make the final of the Turner Prize.

She said her carnival-like performances, which include inviting members of the audience to lie down while an oracle puppet whispers predictions, such as “84 per cent of people have more sense than you”, and “beware of Dave”, were meant to celebrate political ineptitude. 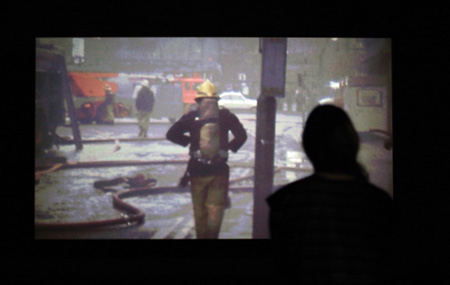 Chetwynd, who lives in a nudist colony and who changed her name in honour of a Roman gladiator, wore facial hair to the opening of the exhibition, saying: “I haven’t had time to find a dress so I thought if I put a beard on with an old dress it will be a scintillating combination.”

In the next room is 45-year-old Elizabeth Price’s trilogy of video installations. Each one has taken the Londoner a year to make.

The highlight is The Woolworths Choir Of 1979, in which Price expertly merges fiction with fact – a fire at a Woolworths store in 1979 in which 10 people died – creating “an imagined institutional structure where we are both consumers and consumed”.

Asking the most from his audience is Luke Fowler, with a 93-minute video featuring Scottish psychiatrist RD Lang as his subject. All Divided Selves intersperses archive material with glimpses of footage that he’s shot himself in a compelling edit.

Of his videos, Fowler, 34, who hails from Glasgow, said: “[They are made for] people who are prepared to enter into a deeper relationship with the film and its subjects.” 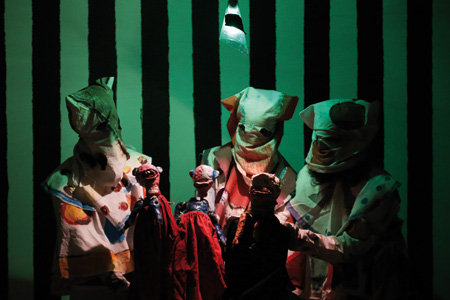 So while the projects might be considered too quirky, too unconventional or too far removed from ‘art’, Turner Prize curator Lizzie Carey-Thomas says it’s important for critics to remember the finalists don’t reflect the art world as a whole.

“It’s tempting to look at these four artists as completely indicative of what’s going on in contemporary art at the moment, but it’s not representative as it’s only four artists, who’ve been selected by four jury members, so the shortlist always reflects their tastes and enthusiasms,” she explains.

“The shortlist is always decided on who the jury think has done the best show over the past 12 months, and they’re careful to keep coming back to the criteria of the prize.”

Carey-Thomas shrugs off criticism against Noble’s romping turds, saying his work has been misinterpreted.

“I don’t know where the faeces having sex has come from,” she says. “That’s not true. There’s a motif that appears in his drawings again and again, which is actually of human turds, they have different functions according to the drawing.

“Other times they’re elevated to the status of deities and presented on plinths like sculptures. It’s not a deliberate shock tactic, that’s not how Noble is approaching it.”

Addressing the critics who grumble over whether the final projects constitute art, Carey-Thomas says: “The nature of art has changed. The art that everyone associates with the Turner Prize was art being made in the Nineties for a not very long period of time, people like Damien Hirst, Tracey Emin.

“But before that period and subsequently, that’s not been the case. I don’t think artists do set out to deliberately cause controversy anymore, and I think art practice has shifted.”

Whether the Turner Prize finalists have produced art is up to us, the audience, to decide.

However, judging from some of the notes left on the display board at the end of the exhibition – “?” and “I’m taking a pencil” were two that stood out – not everybody is convinced. 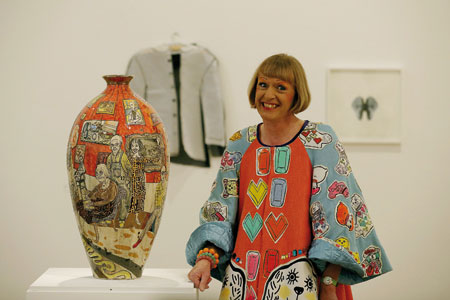 Every year there’s controversy surrounding the Turner Prize. When it first launched in 1984, championing art in Britain, the winner was painter Malcolm Morley, who had lived in the US for 25 years, causing outrage.

Rachel Whiteread scooped both awards for House, a concrete cast of a house.