More than 90 per cent of the island’s residents turned out to vote in grim weather conditions – 1,513 voted in favour of remaining part of the UK in the referendum.

Islanders were asked “Do you wish the Falkland Islands to retain their current political status as an Overseas Territory of the United Kingdom?” with the vast majority saying that they would. Only 3 eligible citizens voted ‘no’.

British prime minister David Cameron said today: “The Falkland Islanders have spoken so clearly about their future and now other countries right across the world, I hope, will respect and revere this very, very clear result.”

Following the results, Falklands governor Nigel Haywood said in a statement: “Obviously it is a major principle of the United Nations that a people have their right to self-determination, and you don’t get a much clearer expression of the people’s self-determination than such a large turnout and such a large ‘yes’ vote.”

However, members of the Argentine government have dismissed the vote as a ‘publicity stunt’. Senator Daniel Filmus said: “We must denounce this trickery that pretends to represent the popular participation of an implanted population. This publicity stunt has no validity for international law.”

The Falklands islands are 500 miles from Britain but 310 miles off the coast of Argentina and are known as Las Malvinas by the people there. 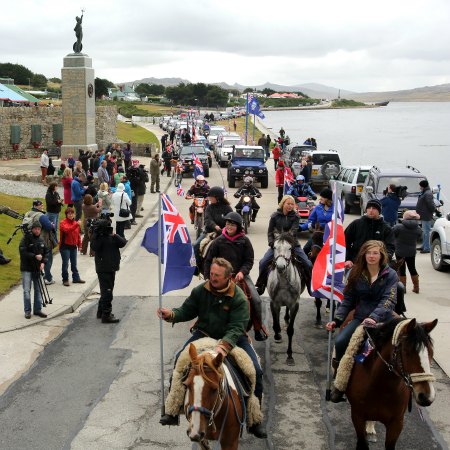 In January this year, Argentina’s president Cristina Fernandez de Kirchner took out an advertisement in The Guardian calling Britain a “colonial power” which “has refused to return the territories to the Argentine Republic, thus preventing it from restoring its territorial integrity”.

The next day The Sun responded by placing an advertisement in The Buenos Airies Herald saying “In the name of our millions of readers and to put it another way: ‘HANDS OFF!'”

There is some speculation that the ongoing row over the islands’ ownership may be fueled by oil prospecting plans – with an estimated $167 billion dollars worth of oil thought to be in the Falklands basin.

“It has always been questionable whether it’s morally or logistically sustainable to try to protect a colony that is 8,000 miles away,” TNT Multimedia chairman Ken Hurst told Russia Today, speaking onboard HMS President in London yesterday. 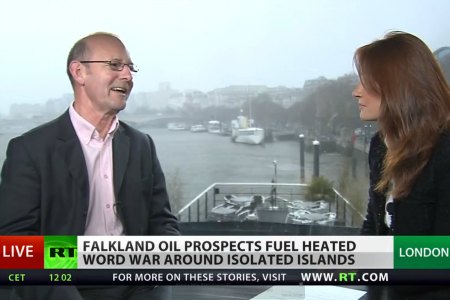 “I suppose the argument that one could have added to that is: is it economically sustainable sending warships and so on and so forth. But of course the oil rather changes all that,” he continued.

Hurst questioned whether it was justifiable to go on “a colonial plundering mission – something we did in the 18th and 19th centuries.”

“And personally I don’t happen to believe it is,” he concluded. See the interview below via Russia Today on YouTube.