All hands on deck

Working on a multi-million pound yacht is a perfect way to work and travel, not to mention getting a glimpse of life at the top. Expect to work hard and sleep little. The prospect of calling in at the world’s greatest idylls, and making money, while spending little – all while working on your tan – will be worth it.

Superyachts are staffed by people seduced by tax-free pay and the promise of adventure. They have also resigned to fastidiously carrying out orders (think cleaning corner mirrors with a cue tip, ironing Yves Saint Laurent tablecloths) as the price of those alluring benefits. Subject to the whims of the owners of these gleaming floating palaces – some who are so rich you know who they are; others who are so rich, they get people to make sure nobody knows who they are – these staff sleep in cabins not unlike a kitchen cupboard, and understand that on some boats, the perks are for the taking, while on others they’ll get better working conditions in India. 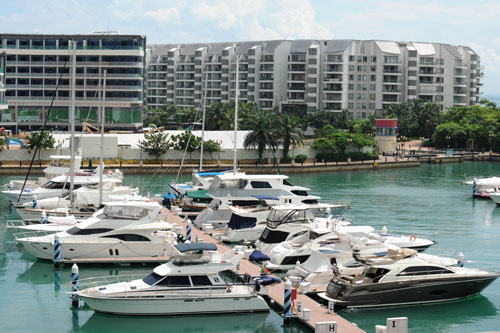 After more than 18 months since she set foot on the gangplank in Antibes, southern France, Sarah Trigg, 26, is finally living the dream as part of the crew on the 80m feadship, Archimedes.

“Every day I wake up feeling very lucky to work on a yacht where the owner loves to travel and is very good to the crew,” says the New Zealander, currently on route to the Caribbean. “Since I joined in March we have been to the Caribbean, Florida, Virginia, New York, Newfoundland, and Russia, Finland, Estonia, Sweden, Germany, plus all over the Med.”

But it hasn’t always been rosy.

“It was all very different from my previous yachts. On one, the Filipino  crew were treated differently to the rest – they ate different food, they were paid less and even had a different mess areas,” Trigg says.

“Although the owners were good to us, they didn’t really like to go anywhere exciting. It was a bit boring.”

To find work, turn up to the superyacht hubs of Antibes, Palma de Mallorca and Fort Lauderdale, Florida, where you’ll find crew agents to help you tweak your CV, perfect your ‘yachtie look’ and help you to find a position.

Before you do, it’s essential you have the STCW 95 (Standards of Training, Certification and Watchkeeping) certificate, which costs roughly £800 for a five-day course (stcw.org). Diving, powerboat or watersports qualifications will also give you an edge over your rivals. Don’t worry, you’ll quickly earn back what you’ve invested in your training.

At the ports, check in to a ‘crew house’ (hostel for yachties) and get networking in the many bars. The time-honoured method of landing work, however, is by ‘dockwalking’. Take to the gangplank early in the morning to ask the crew of yachts that have slipped in through the night whether staff are needed. Pick up day work and start building essential experience.

There are two seasons: May to October in the Mediterranean and October to May in the Caribbean. Recruitment begins two months prior. 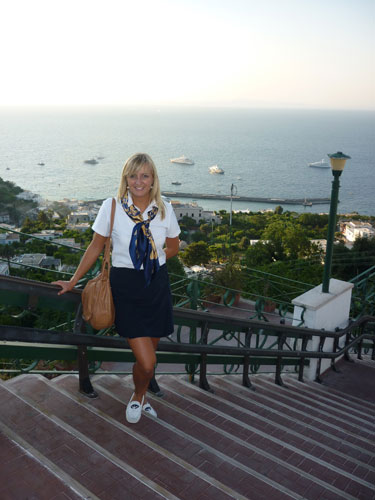 It’s great if you’ve got a Masters degree, but if you don’t know how to scrub a toilet, then you won’t get far. Put all the practical, trade and hospitality experience you’ve ever had, right at the top of your CV.

Nick Emery, 28, “prostituted” himself on the gangplank unsuccessfully for two days, then found it was his trade as an electrician that eventually got him a job via an agency in Doha. “Everyone found it really handy to have a sparky on board, and I loved the job. I was basically a slave for the prime minister of Qatar, but I had some of the best experiences of my life,” Emery, from Australia, says.

So, what are you waiting for? Go hit the high seas.

Some of the agencies listed below accept online applications, although most specify that you must be in the area for an interview.
Lizzie Irving, of Blue Water Yachting, says: “Positioning yourself in a yachting hub is the only way to get your first job, as crew onboard are needed right away.”

London scene: TNT’s pick of the best in film, theatre, comedy, entertainment and art shows in London this week

George Michael slams Christian group who prayed for his death