Alternative Olympics – other things to do in London during the Games

This new party night takes to the water two evenings a week for drinking and dancing with the backdrop of London’s lights. A house DJ will provide the tunes as the boat departs from Westminster Pier at 7.30pm, returning to Blackfriars Pier at 11.30pm. The price includes a free shot with your first drink, nibbles, plus free entry to Temple Walkabout, so the party doesn’t have to end when you dock.

Olympic Journey: Story of the Games

Learn about the Olympics through the ages at the Royal Opera House. This one-off exhibition has teamed up with the Olympic Museum in Lausanne to include artefacts from athletes as well as audio and film on display in the capital for the first time. You’ll also be able to have a look at medals since 1896 and the torches since 1936. There’s also a section dedicated to the first Games, held in Ancient Greece.

For two weeks only during the Olympics, the London Eye will be running until midnight, affording stunning views over the capital. Visitors can also book a new capsule experience, which includes either champagne, or finger food and wine. If you’re yet to go on the Eye, this will be your best chance to do it. Book now.

Have your say about the impact of the Games by taking part in this series of short films looking at how people living in London have been affected. It’s part of three stages of shorts, which will be screened in a free exhibition.

Check out how the sought-after medals were made for this year’s Games: from the designs and the mining of the metal, through to their production at the Royal Mint. 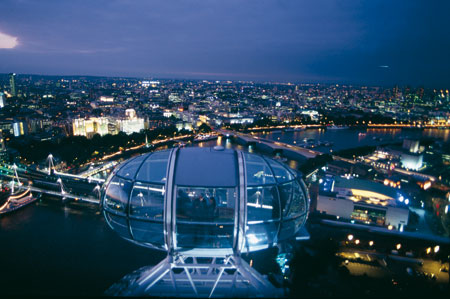 Anticipating the spirit of Rio 2016 Games, Somerset House will be filled with Brazilian culture with Casa Brasil (Olympic House). Expect exhibitions, fashion, and arts on display, Brazilian food on offer, as well as a carnival atmosphere.

Check out this range of photographic Games commissions, taken as Olympians prepare to compete. Includes behind-the-scenes images as well.

More than 500,000 are expected to line the streets as Olympic and Paralympic stars parade across London. A procession of 900 athletes will walk from the Guildhall, through the City past iconic sites, including St Paul’s Cathedral and Trafalgar Square, along the Mall to the Queen Victoria Monument. There will be a grand finale in front of Buckingham Palace. Top excuse to keep the party going full swing.

Free | Sept 10
Across London, from Guildhall to Buckingham Palace
molpresents.com/parade

As part of the Camden Fringe, comedian Rosie Wilby will give you a giggle as she revisits the title of her 2006 debut show. The stand-up will be pondering why her petition to introduce swingball as an Olympic sport at the 2012 Games stalled at 32 signatures. And she’ll keep you in fits of laughter throughout.

This nine-day event boasts a top line-up of art, music, science, literature and acrobatics. Look out for the pop-up ballroom, and the one-man alien band. Enjoy games from the V&A’s vintage collection, as well as readings from Road Stories – shorts which have been put together by well-known writers. Taking centre stage will be by Katie Paterson, who has taken a four-and-a-half-billion-year-old meteorite and created a new artwork. See it to believe it.

Relax on Europe’s largest man-made city beach, sail along the Thames in a Tall Ship, and go glamping in Greenwich. Events at this festival – the theme of which is ‘Get in touch with the Dutch’ – also include live music, big screen events, and live coverage of the Olympics. As well as DJs from around the world, the festival will also hold an ‘I Love Jamaica Day’ and the London Soul and Blues Festival with Jools Holland. 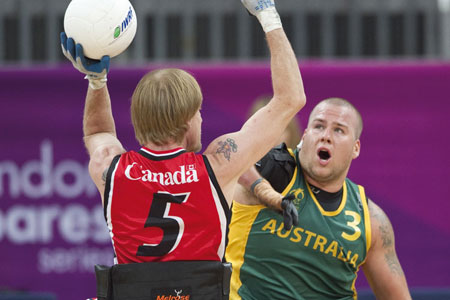 Not got tickets for Olympic events? Then this is your best bet of seeing the venues in which the athletes compete. Stroll around all three Olympic sites with the Going For Gold tour, or opt for one of the daily walks that will take you around the east London site. Your guide will give you the lowdown on everything from the history of the area, to why east London was chosen to host 2012.

Get caught up in the buzz of the Olympics as the park screens the sporting action as well as a host of entertainment, including prizes and games.

Festival of the World

This celebration is going on all summer long, and is made up of smaller festivals and weekenders. Enjoy comedy, immersive theatre, exhibitions, cabaret and music running until the end of the Paralympic Games.

At the top end of your budget, this pop-up members’ club will be opening in a four-storey mid-19th-century Victorian warehouse, a 100m walk from the Olympic Park. Open all day til 2am, dine all day on top food, sipping cocktails, overlooking the place of the moment.

The House of Switzerland

The House of Switzerland is one of the few national buildings opening up to the public. It will be turning 3000sqm into a “Red Zone” mini-village. Guests can take part in sporting events, listen to live music, tuck into top food and enjoy cultural performances. On display will be traditional Swiss sports, and there will be medal ceremonies with Swiss athletes in attendance.

Of course you could be an Olympic athlete. To prove it to your mates, take part in these sporting events at the BT Live sites. Get involved in Wheelchair Rugby League in Victoria Park, or at Hyde Park have a taster session of wheelchair basketball (pictured), enjoy ping pong tables, and there’s also a triathlon course. Plus there’s cricket, lacrosse, football, handball, volleyball, badminton and netball at both sites, with coaches and professionals.