Amy Childs in Vogue and in bed with Lucien Laviscount

Celebrity Big Brother star Amy Childs appears in October’s Vogue dressed in a Made In Essex t-shirt with windswept hair and no fake tan.

Amy Childs’ black and white photoshoot is part of Vogue’s ‘English Woman’ issue, which features singer Adele on the cover.

Childs is not the first Z-list celeb to get a Vogue makeover. Katie Price appeared in the magazine in 2006. 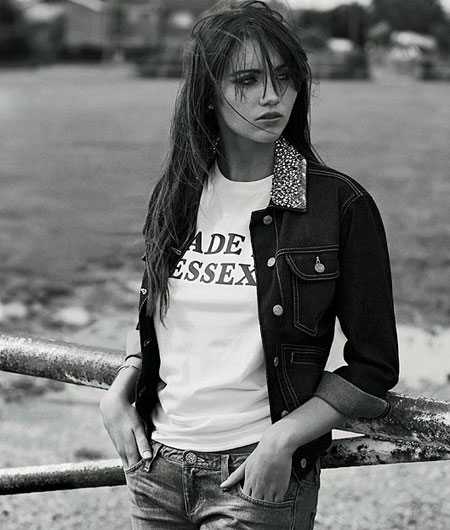 Amy Childs gets the Vogue treatment

Not everyone is overjoyed about the decision.

“As much as I like seeing Adele on the front of Vogue is it dampened a bit by Amy Childs being mentioned too. Looks a bit Just17,” tweeted daisyisarobot.

“I wake up to the news that Amy Childs is featured in Vogue UK's October Issue, and have been laughing ever since,” tweeted omgitsc. 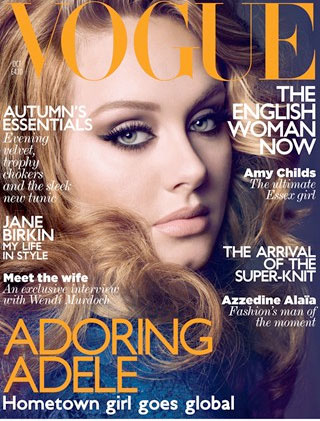 Adele on the cover of this month's Vogue

Meanwhile, back in the Big Brother house, Childs looks set for a scrap

up in bed with Lucien Laviscount.

Waterloo Road star Laviscount was been playing the two girls off against each other since they entered the BB house.

Katona was left fuming yesterday when the 19-year-old made known his feelings for the 21-year-old TOWIE star.

"I wish we had an unlimited supply of booze," Childs said.

To which Lucien replied: "Well if we did then I'd be snogging your face off for three hours."

Realising she’d lost the battle, Katona vowed: "I'd destroy him."