When a dozen costumed skiers come streaking down the mountainside in formation, you might wonder if you’ve strayed into Disney Land. And indeed, with igloos and dog sleds, torchlight processions, adrenalin-fuelled activities, and grins stretching from ear to ear, this can seem like the most thrilling of theme parks. Never mind the Magic Kingdom, the wintery wonderland of Andorra is a real-life snow kingdom.

Slap bang between France and Spain in the eastern Pyrenees, the principality of Andorra is a micro-state with two co-princes, the President of France, and the Roman Catholic Bishop of Urgell. Though the country has no international airport of its own, it is easily and cheaply accessible via both Barcelona and Toulouse, and its rugged landscapes, challenging hiking and mountain biking trails, and world class ski slopes, not to mention the duty free alcohol, make it one of Europe’s best kept secrets.

Andorra’s a year-round destination, but in the winter months when the Pyreneen snowfall frequently outstrips that in the Alps, its mountain resorts really come into their own. World Cup stages for skiers, snowboarders and freestyle riders take place on the slopes of Grandvalira and Vallnord, and in their wake follow winter sports enthusiasts of all levels, from complete beginners to those capable of sprinting (sometimes backwards) down black runs, skiing on one foot at a time. 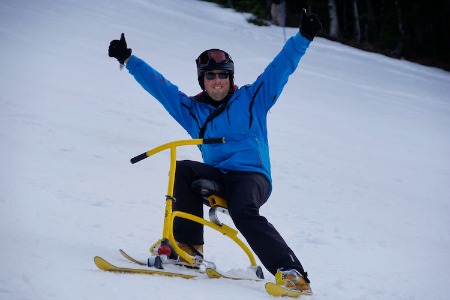 With 128 runs stretching more than 210 km, Grandvalira is the largest ski domain in the Pyrenees. Reasonably competent skiers can expect to ski from end to end in a day, but as there are numerous combinations of routes to explore (and plenty of bars and cafes to stop at along the way), you would want to allow yourself at least a week to get a comprehensive overview of the area. Andorra’s 300 days of sunshine each year make it likely you will have blue skies and bright sunlight as you ski, so take time out to enjoy the views.

If you are only taking your first few tentative steps (or should that be slides?) on the baby slopes, both Grandvalira and Vallnord have award-winning ski and snowboard schools with professional and highly entertaining ski instructors, many of whom are native English speakers. If you join a group class, you’ll feel as though you’re skiing with friends, and you will quickly develop the skills required to safely work your way down a variety of runs. More advanced groups and one-to-one lessons will help you hone your skills, whether you want to learn to freestyle ski, perform snowboard tricks in the snow parks, or learn what to do off-piste.

After morning ski school, to add a splash of variety to your programme, or to keep the non-skiers among your party entertained, take your pick of the winter sports. You’ll need to hang on tight as you race across the snow on a snowmobile, inevitably shrieking and going far faster than you’re supposed to, and the same applies for mushing (dog sledding), where the energy and excitement of the dogs is contagious. There’s definitely a skill to staying upright on the sled, but with a couple of hours of tuition, you’ll be working your way around the course like a pro. 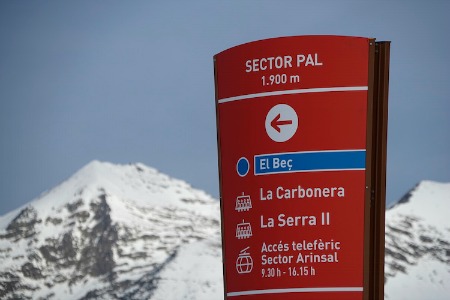 Skis are not just for skiing, you know? Two novel sports have evolved which make use of the same equipment, and at Vallnord, Andorra’s second major ski area, you can try them both. With ski biking, both of the bike’s wheels are replaced by short, stubby skis, and a second set of skis is attached to your feet. With four points of contact with the ground, and a much lower centre of gravity than when conventional skiing, you’ll be amazed how much more in control of your balance and turns you feel, making it possible to take on harder runs than usual. Stopping the bikes takes a little getting used to, but if the worst comes to the worst, you can always roll off sideways into the snow.

With speed riding, you have no control at all: responsibility for take-off and landing falls (though perhaps that’s the wrong choice of word) to your instructor, who flies in tandem with you. Yes that’s right: I said “flies”. Speed riding is parasailing, but whilst wearing skis. You ski part way down a red run, strap onto your instructor, and together ski at some speed off the side of the piste. To all intents and purposes, you are jumping off a cliff, and must put complete faith in your companion to pull the rip cord and release the parachute at the right moment. If he fails to do so, you’ll both end up in a rather sticky situation. 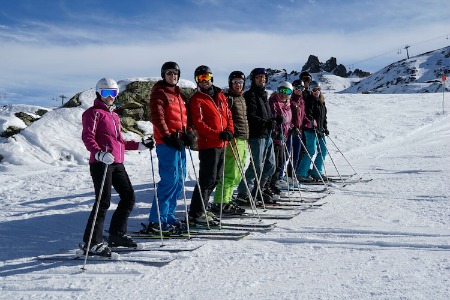 Of course, the speed rider you are paired with has done it successfully a hundred or more times before, and the fact that he or she is still here, intact, is testimony to having got it right. The initial terror you feel on take-off gives way almost immediately to uncontrollable excitement as you soar on the thermals like a bird, high above the chair lifts and slopes, turning right, left, and right as you slowly descend onto a wide, open area on the piste below. As soon as you touch down, you’ll scarcely have time to catch your breath before you’ll be begging your instructor to take you back up to the top of the mountain to do it all over again.

To make the most of the snow, you need to be in the thick of it. Hotel Piolets Soldeu is a stone’s throw from the gondola in Soldeu, the liveliest resort town in Grandvalira, enabling you to get from door to slope in a matter of minutes. But for something completely different, you might also consider checking in for a night at the Iglu Hotel, made fresh each year from the snow. This veritable warren of ice domes in Grau Roig, accessed after dark by groomer, includes an open-air jacuzzi, sauna, and even a carved ice wedding chapel! Wrap up warm, have a few drinks, and jump into bed with your friends. After all those exhausting snow sports and the similarly tiring après-ski, you’re guaranteed a good night’s sleep.