KP and Bell looked like they’d continue where they left off before tea, picking off bad balls, occupying the crease and taking on spinner Nathan Lyon when given the opportunity.

But almost out of nowhere Ryan Harris (2-50) struck, removing Ian Bell for 60 with the deftest bit of movement off the seam and clipping the form batsman’s off stump. He celebrated accordingly. 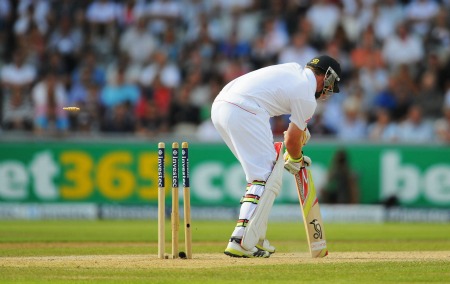 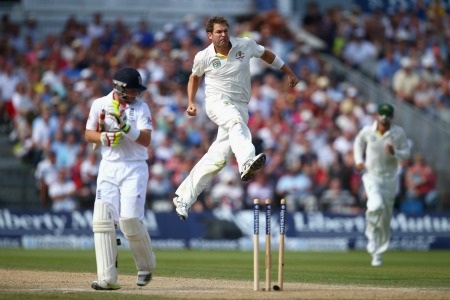 Since arriving at the crease with Pietersen in control, Bell looked even more assured than the eventual centurian.

His dismissal ended a 115-run partnership and brought in Jonny Bairstow, one of the few England batsmen not to have any joy so far in the series. 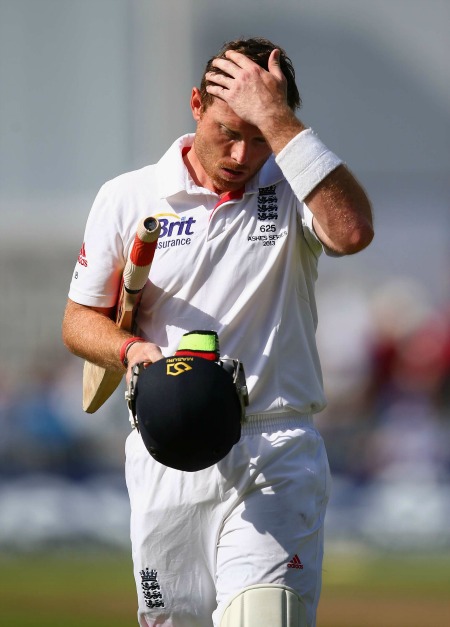 He looked shaky from the outset, cutting an early short ball from Mitchell Starc (3-75) in the air and just falling short of David Warner at point.

With Bell gone, KP took back the senior role in the partnership, racing through the apparently nervous 90s and to his hundred with a casual flick in the air over point for four. 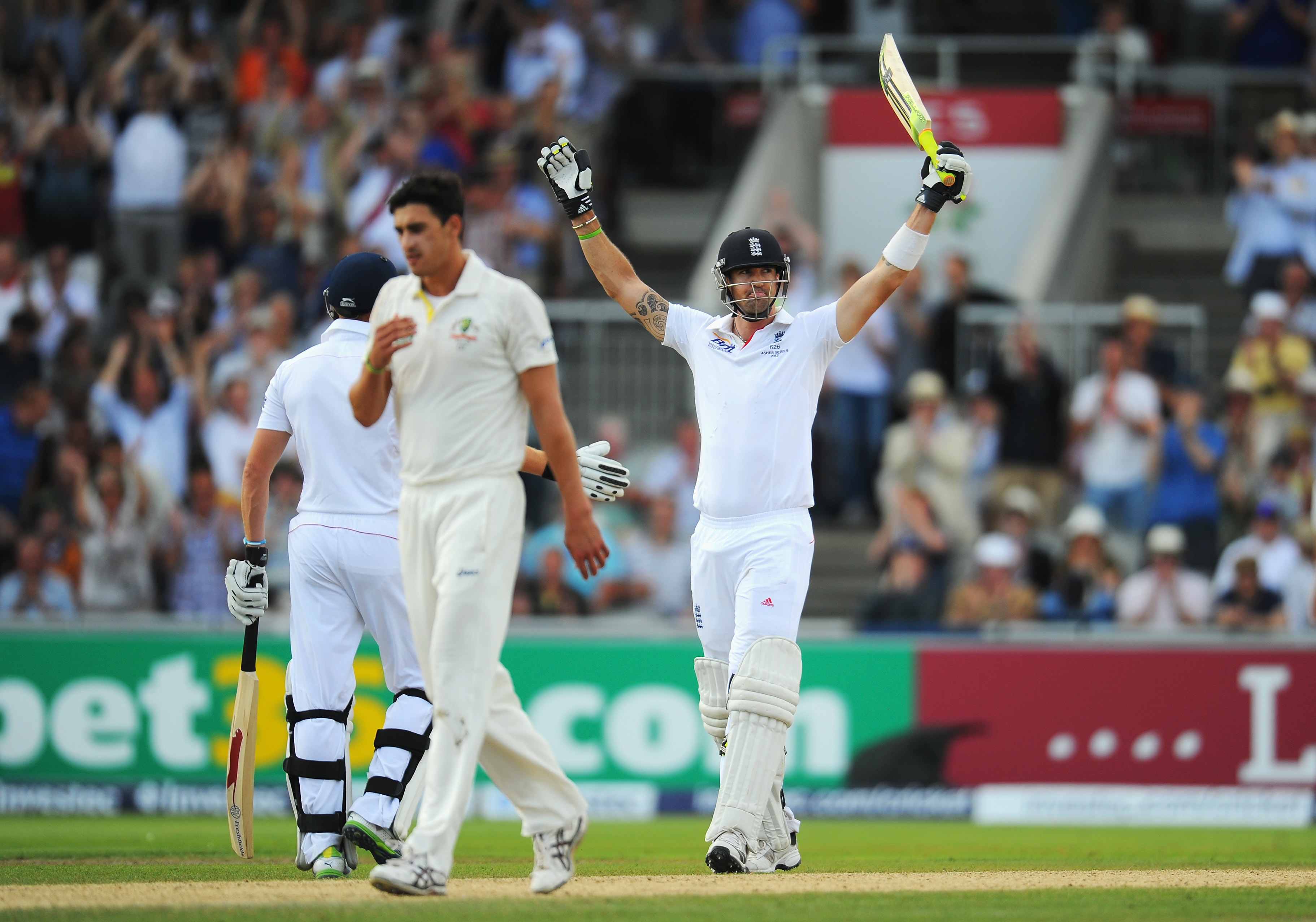 Closing in on the follow-on total, Pietersen appeared at ease on a flat wicket and Bairstow seemed to be finding some rhythm as they passed a 50 partnership from 89 balls.

But soon Bairstow was back in the pavillion. Finding his range after a sloppy spell earlier, Starc angled one across him and caught enough of his edge for it to carry to Shane Watson at first slip. 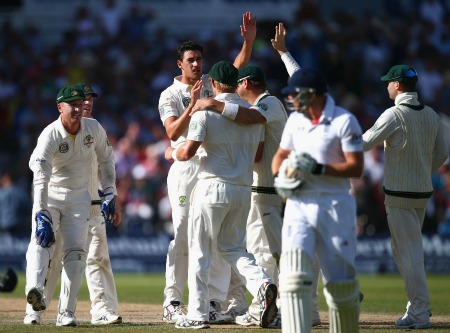 And soon after came the scalp skipper Clarke craved, Pietersen on 113, and it was Starc who did it again.

Even though he seemed to be seeing them like watermelons, Pietersen missed a straight one from Starc and was trapped plumb in front, given by the on-field umpire. 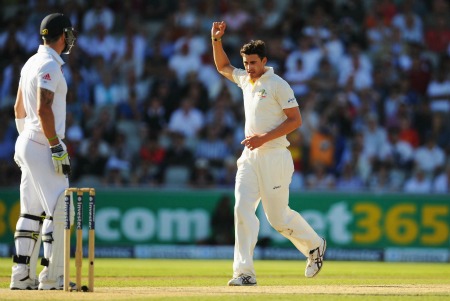 He reviewed the decision, and while there was a hint of an edge – with a very slight mark from the hotspot – but it wasn’t enough for the controversial video umpire to overturn his standing colleague.

England are still in trouble, but in a much better situation than if Clarke referred an LBW from the bowling of Shane Watson early in KP’s innings – the video showed he was clearly out.

Australia now have out-of-form Matt Prior (6) and Stuart Broad (9) at the crease, with just Graeme Swann and James Anderson to come after that.

The weather is another worry for the Aussies, who must win this Test to keep the series alive – a draw means England retain the Ashes. Rain is predicted for both Sunday and Monday.

Another worry for the Aussies will be the ineffectiveness of Nathan Lyon, who went wicketless for 77 runs off 26 overs.

In contrast, Peter Siddle toiled hard without success after two breakthroughs last night to go for 55 runs from his 25 overs. Watson has been especially frugal conceding 26 runs from 15 overs.

Malema ‘sorry’ about ‘kill for Zuma’